***This should have been up earlier but I’m nursing one of the worst sunburns on my face so my head is killing me.  Apologies!

It’s finally here, the first (hopefully becoming a yearly thing) Journeys in Classic Film Leading Man Tournament.  This week we’ll be determining who is the leading man of the 1930s out of five candidates (and I’m really sad I forgot William Powell but there’s always next year).  The five nominees for the 1930s are detailed above with some of their top works of the period (asterisks next to titles indicates I’ve reviewed the film on the blog), my thoughts on the actor, and plenty of photos to allow you to weigh your choices.  Voting for Week 1 starts today (Sunday) and concludes on the 27th when we’ll open up Week 2.  Throughout the week I’ll be updating everyone on the poll numbers and eventually telling you my choice (although I am of course not allowed to vote).  And the nominees are…

My Thoughts on the Nominee: I saw a slew of Gable’s films during the Jean Harlow retrospective and my favorites are the pre-Codes (especially Red Dust), and the comedies.  His work as a comedic actor is charming and smart-ass (see Wife vs. Secretary and of course Capra’s It Happened One Night).  Gable’s also one of two nominees that appeared in the seminal film of the 1930s, Gone With the Wind.  I have big issues with that movie (I should rewatch and review it just to rage against it) but he definitely was my favorite of the film.

My Thoughts on the Nominee:  Cooper made the list courtesy of TCM who told me he was one of the top grossing actors of the decade.  Sadly, I haven’t seen any of the films I mentioned above…yet!  I do have Mr. Deeds Goes to Town courtesy of the Frank Capra box set I got as a graduation gift.  Design for Living and Morocco are high on my list of films to get too.

My Thoughts on the Nominee: Errol Flynn is another actor I’m not well-versed in cinematically.  I have seen Essex and Elizabeth (or as I know of it, The Private Lives of Elizabeth and Essex) and thought he was great.  If anything I know more about Flynn’s personal life and I must admit that bad boy background is intriguing to me.

My Thoughts on the Nominee:  First of all happy birthday Jimmy Stewart (totally didn’t plan that)!  Also, there are those who’d say Stewart is more a 1940s actors and I can’t say I disagree.  If anything I should have put him in the 40s but I really wanted to include a particular actor in the 40s and knew if I started switching around things at the last-minute I’d do too much so we’ll probably see Stewart move into a later decade next year.  Either way Stewart’s two movies of the 30s are seminal Frank Capra works that are defining of the director and the actor’s presence during the 1930s. 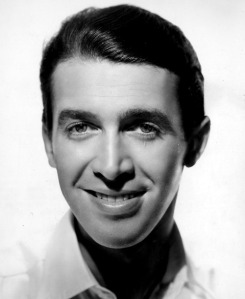 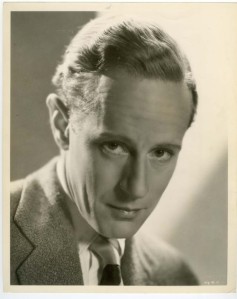 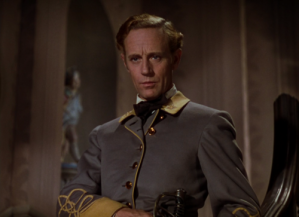 My Thoughts on the Nominee: Leslie Howard is an actor I can really take or leave.  I’ve seen two of his films, Intermezzo and the aforementioned Gone with the Wind and he’s just too….meh for me.  He’s not a strong dynamic man like a Gable or a Brando, he’s too light.  I loved Intermezzo (a film I should revisit) but his role as Ashley in Gone with the Wind didn’t make me believe he’s a man Scarlet O’Hara would fight for (although my thoughts on Scarlet are that she’s just a bitch).  Why did I nominate him then?  He’s considered one of the more underrated actors of the time period. 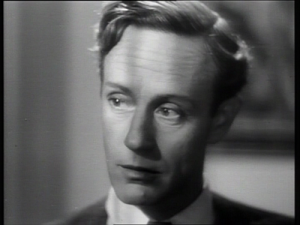 That’s your five of the 1930s!  Voting is open so vote, get your friends to vote, and declare your team in the comments section!  I’ll be back mid-week to tell you who I’d root for in this list (although my Team is in a later decade).