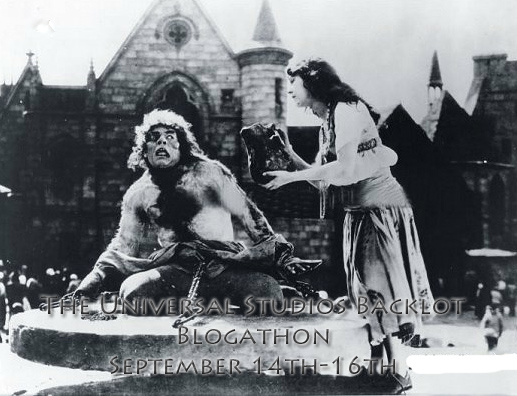 There’s been some questions about my upcoming blogathon and to maximize the number of people interested I figured I’d provide a short little post fleshing out the details of the Universal Backlot Blogathon.  You don’t have to have a topic right now (I’ll be sending out a bunch of reminder emails asking for topics in the next month or so), right now I’m interested in people signing up to participate.  If you need inspiration on what movies used the backlot or other things related to Universal Studios the best resource is TheStudioTour.com!

Specifically, here is the complete list of films that have used Universal Studios backlot if you’re looking for a specific film (thanks to Andrew for sending me this): http://www.thestudiotour.com/ush/frontlot/movies.shtml.  The Studio Tour also includes information the history of the studio (I’ll be interested to see if anyone writes on the haunted areas of the studio).  There’s a lot that’s happened there and that’s a great resource.

Right now here are the few gracious participants who have signed up.  If you’re interested in signing up leave a comment or email me at journeysinclassicfilm(at)gmail.com.  If you’re not interested in participating I’d love more people to spread the word!

The Droid You’re Looking For – Classic Horror on the Backlot

Looking forward to hearing from everyone!