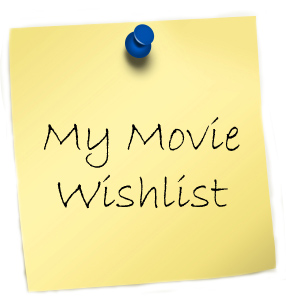 Any film buff, either classic or contemporary, knows the adage: Too many movies, too little money (I might have coined that myself just now).  With that I’ve decided to share with you the films on my ample Amazon Wish List.  This will be a recurring thing as my list is fairly lengthy and I don’t want to inundate you with it all at once so we’ll do five a piece.  These are generally classic films, box sets and/or Criterion versions.  If anyone’s interested in purchasing a copy for me (for research for the blog) I’d appreciate it although I’m fairly certain I’m delusional with that dream.  Hopefully these give you some ideas to add to your own birthday/Christmas lists.  What’s on your Movie Wishlist?  **Note that the cover art will take you to Amazon’s page for that image.  If you’re interested in purchasing please do so through these links as I get a small percentage for the blog!  Thanks**

I’m a nerd for the Criterion Collection of films and while one of the benefits of my recent Hulu Plus account is that I’m able to watch Criterion films, not everything is available.  Rushmore is one of my favorite movies, and my favorite film directed by Wes Anderson.  There’s something absurd and relatable in the story of Max Fischer (Jason Schwarztman), a kid too smart for his own good.  The Blu-Ray already has the gorgeous, hi-def transfer I expect as well as audio commentary with Anderson and other features.  The Criterion Collection is always top-notch and I’m love to own this!

William Powell is one of my favorite actors and Carole Lombard is an actress whose work I’ve only seen in one film so with that I discovered a box set devoted to their films together (of which I knew nothing about although I’m an idiot considering they were married).  The collection includes four movies they did together: Made for Each Other (1939), Nothing Sacred (1937), Life With Father (1947), and My Man Godfrey (1936).  Obviously I’ve seen My Man Godfrey which is worth the price of the set and at only six dollars for four films that’s already quite the bargain.  I’m all for seeing more Powell films and with one classic under their hats, I’m sure Lombard and Powell turned in three other amazing performances worthy of a purchase.

Another Criterion edition here and for a film I applauded in a recent review.  I’ve proclaimed my adoration for Veronica Lake for a while and now, I want her films in my collection.  I loved Sullivan’s Travels when I recently watched it and I have faith that Criterion has given this film the value it deserves.  While the special features seem to focus more on director Preston Sturges (with a 76-minute documentary on his life included), there’s also publicity materials and a stills archive.  Considering my recent review of Hollywood Movie Stills, I’m intrigued to see the photos that came out of this movie.

Can you tell William Powell hits me where I live?  He’s got such a broad output of films he’s in not one, but two box sets!  I asked for this box set last Christmas and due to some miscommunication (thanks a lot Dad) I ended up with the Jean Harlow box set I reviewed a few months ago.  Close, but no cigar.  Since I have The Thin Man box set already this doesn’t include any of those films to give me duplicates.  Instead this set includes an additional five films they did together earlier in their careers: Manhattan Melodrama (1934), the film John Dillinger got shot after seeing if you want some trivia, Evelyn Prentice (1934), Double Wedding (1937), I Love You Again (1940), and Love Crazy (1941).  I’ve only heard of Manhattan Melodrama due to said trivia so I’m going in blind.  What’s even greater about this set is the special features that include classic cartoon shorts, a serial short, and a radio adaptation of Love Crazy with William Powell.  This box set is eclectic in the marriage of features to movies and I want it!

There’s two resolutions I’ve been trying to achieve in the last year: broaden my interest in silent films and see what all the fuss is about in regards to Greta Garbo.  TCM is doing my job for me with this collection of three silent films starring the mysterious beauty.  Included is The Temptress (1926), Flesh and the Devil (1927), and The Mysterious Lady (1928).  I have seen pieces of Flesh and the Devil but not the entire thing and thus is my knowledge of Garbo herself.  TCM is going all out with this set as well included various commentaries from film historians and Garbo biographers but what I’m intrigued by is nine minutes of the lost Garbo silent The Divine Woman.  I’m a sucker for “what could have been” stories!  There’s also alternative endings on certain films and a look at the sound composition.

What’s on your movie wishlist?  Any of these going on it?  I’ll be back next time with more from my Movie Wishlist!

Best Of Lists, My Movie Wishlist

10 thoughts on “My Movie Wishlist: Part One” Leave a comment ›