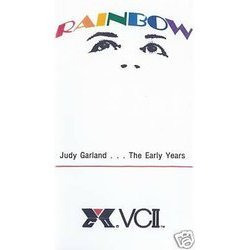 This week’s entry of Biopic Theater was by default. I have a bunch of my selections for this series on a convenient flash drive…that was inexplicably moved by my mother the other day. I finally decided to watch the one movie that’s available on YouTube, and it also marks the last of the Judy Garland made-for-TV biopics (that I know of). Rainbow is a 1978 made-for-television movie that should be defined as “The Andrea McArdle Story” because it seems happier showcasing the Broadway sensation as opposed to charting the famous Garland’s trajectory to stardom. The heavy burden of forcing McArdle to control the entire film makes the narrative feel hollow, which is a shame because I enjoyed this more than Life with Judy Garland: Me and My Shadows.

Judy Garland (McArdle) struggles to find herself while navigating the cruel waters of Hollywood stardom. Riding her coattails is her mother Ethel (Piper Laurie) who will do anything to help her child succeed.

Rainbow has quite the pedigree, with former child star Jackie Cooper acting as director on this project. It does lend the television movie an added air of credibility; having a former child-star telling the story of the quintessential former child-star. Of course, Cooper’s name is dropped within the narrative, and there’s a scene of Judy interacting with a young Jackie Cooper. Unfortunately, the narrative itself is schizophrenic, detailing Garland’s life in a haphazard and disconnected way. The script wants to detail both Garland’s professional and personal life; specifically her love for her father Frank (Don Murray) and her hostility at her mother’s growing attraction towards another man. Ethel Gumm, especially, is a confusedly conceived character as she starts the film desiring another man, and it alludes to her hoping to engage in an affair, and yet by the third act she’s a saint desperately fighting to prevent her child from having diet pills shoved down her throat. If anything, the villains of Rainbow are the executives at MGM, Louis B. Mayer (Martin Balsam) especially.

Furthermore, the personal dramas of Garland’s life never feel connected specifically to Garland herself. Bill Gilmore (Nicholas Pryor) was an important figure in the Garland story. Her mother married him very quickly after Frank Gumm’s death (although that isn’t mentioned here), and there are several scenes of Judy telling her mother about her dislike of him. By the end, he seems to have transitioned into the family, and outside of one final scene of Garland saying she doesn’t like him, he’s never mentioned again. The screenwriters obviously had a lot of people to please, and had to showcase McArdle, so it only makes sense that something would feel incomplete.

Since Rainbow only deals with a small amount of time, the first three or so years of Garland’s fame, there’s no tawdry plotline about her descent into pills and addiction. Diet pills do factor into the narrative, but they’re left on the fringes of the story. Again, the studio is the villain of this piece. I think the need to keep the story as sweet as possible also had to do with McArdle’s sterling reputation as Annie on Broadway. By the end though, there’s absolutely zero resolution! The film concludes with Judy singing “Somewhere over the Rainbow,” after finishing up The Wizard of Oz, and that’s it. There’s not even text detailing Garland’s life after this point. Garland died ten years prior, so maybe audiences didn’t need to be told? If you don’t know anything about Garland, you’ll be left wondering what her problem really was.

Rainbow should really call itself “The Andrea McArdle Story” because it becomes painfully obvious that this film wants to be the launch pad for a bright new star, while simultaneously connecting her to another beloved star. The problem with that, obviously, is that Andrea McArdle is no Judy Garland. Several characters discuss Garland’s trait of being “a little girl with a big adult voice.” Well, McArdle’s voice isn’t big. It doesn’t have the power that Garland’s voice did. I never felt I could close my eyes and say “that’s an adult. Wait, it’s not?” You always hear a little girl; worse, you always hear Annie. It’s not McArdle’s fault, but her voice is perfectly tailored to sing “Tomorrow,” so every song sounds vaguely similar to that. If you don’t like McArdle’s voice the first time (she sings the title song at the beginning), then you either need to learn to love it, or turn off the movie altogether because she sings consistently throughout. All the songs are staged the same, with McArdle standing against a solid background, or with the camera whipping around her. She gets the first three minutes to sing the title song, and then reprises it about ten minutes later. Why do we need to hear the song twice? I guess because we didn’t get the effect well enough. I counted at least seven songs in a 97 minute movie, and each one is its own mini-music video. We know Garland can sing, but this film needs to prove it of McArdle which I think is wrong in a biopic.

McArdle also isn’t the best actress, and that more than anything makes her rather painful to follow as the lead. When she’s playing opposite Murray, and just being a kid, she’s good. When she’s meant to play the star, or the hostile teenager you can tell McArdle doesn’t know what to do. All her lines are flat and monotone which presents a problem when she’s meant to sound sarcastic. All her lines end like she’s on the brink of asking a question, or has simply become bored with the line. Her idea of being tough is, again, to mimic Annie where the toughness is meant to be charming and endearing. Here it just feels artificial. The one shining scene is when McArdle and Piper Laurie are arguing. They can pull off mother and daughter well, but it happens so early into the movie that you’ll probably forget it by the end.

The other actors are good for this film. I’d say they’re all fairly strong for a made-for-television biopic. I don’t think I’ve seen the combination of Piper Laurie young, and not insane. She plays Ethel aggressively, although that’s dropped towards the third act. I really liked how she played Ethel. Too often books detail Ethel Gumm as a heartless mother. I know Me and My Shadows did. Rainbow makes her human, and desiring love. Don Murray seems to be the Biopic Theater mascot as he makes his second appearance here. We last saw him as the Senator/JFK wannabe in the Marilyn biopic The Sex Symbol. He plays Frank Gumm, Judy’s sweet but (possibly) homosexual father, and I did like him quite a bit. He’s not hammy, but paternal and loving. One of my favorite character actors, Michael Parks, also shows up here as Judy’s music teacher. I’ve never seen Parks young, but his voice is distinctive and I noticed him right off! I did scratch my head and wonder if we were meant to see his relationship with Judy as father/daughter or lovers? Trust me; it’s played ambiguously and creepy in this film.

Ultimately, Rainbow is another film in the “stardom is terrible” genre. We never see Judy enjoy her fame, and the lack of resolution at the end leaves the audience to believe that Judy was trapped in a career she absolutely hated, and that never gave her any joy (which is untrue). Rainbow is a one-note series of songs and pep talks that derive neither joy of hearing McArdle’s voice, nor inspiration or interest in Garland’s works. It’s a short movie, and the side characters are good, but the lead really brings down everything. You can watch this on YouTube if you really want. 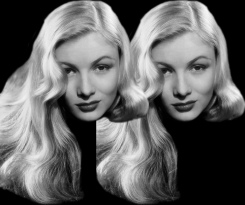