2013 is officially a month in, and with that a return to school came with it.  I did see quite a fair amount of movies this month, and since I’ve only been in a school one week I can’t blame that for the decrease in output between here and December.  Either way, I think this might be my best month in terms of amount of films that I actually wrote reviews for.  Let’s look at what I watched all through January.

3.  The Hobbit: An Unexpected Journey 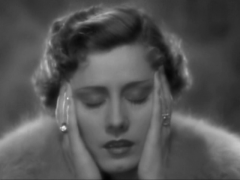 40. The Bride of Frankenstein*

40 films watched in January (down 11 from December )

1.  TerrorVision – It’s a bit late in the timeline of “classic,” but this was a fun movie.

3.  Bye, Bye Birdie – I should review this soon

Favorite Theatrical Film of the Month: Gangster Squad was an entertaining throwback to B-movie film noir.  I’m really not understanding all the negativity surrounding it.  It was one of the funnest moments I had in the movies all this month.  I also went and saw Argo again, and boy do I hope this wins Best Picture.

Worst Film of the Month: In terms of theatrical output, Hansel and Gretel: Witch Hunters kicked off my Worst Movies of 2013 list.  It’s stupid and misogynist.  I also found The Impossible impossible to sit through (get it?).  Other bad works included the boring 60s drama Not Fade Away, Taylor Lautner being God-awful in Abduction, the James Dean biopic James Dean: Live Fast, Die Young, and the lesbian Dracula romance The Moth Diaries.

Biggest Disappointment of the Month: There weren’t too many disappointments as opposed to movies set up to be spectacular due to hype.  I did love Zero Dark Thirty or Silver Linings Playbook.

Biggest Surprise of the Month: Not one movie stands out.  I’m more surprised that it felt like I saw more bad movies than good this month.

Movies Worth Seeking Out: The Imposter (go rent it or buy it NOW) and Headhunters.