And I finally get to a TCM Top 12 film reviewed in the month it airs!  Can’t say that will happen again, but I feel very pleased with myself.  In honor of Warner Brothers 90th Anniversary, as well as TCM’s own 31 Days of Oscar weekend devoted to nominees from the studio, this short but insightful documentary was produced.  Tales From the Lot is short on runtime, but long on information that the general public won’t be privy to.  The best way to describe this documentary is like taking a studio tour, without the money or the travel.  In 60 minutes, this documentary not only explores the formation of the studio, but also what goes on during a studio production.  If this is re-aired, I highly recommend sitting down and taking it in.

Really, there’s no need to summarize.  Tales From the Lot is a documentary exploring the formation of Warner Brothers Studios, as well as the various facets that go into motion picture production on their lot.  What’s unique is how devoted to the actual studio this is.  Most documentaries focus on the creation of the studio, the history, important productions filmed, etc.  You never really get a good feel for the studio, as opposed to an interesting biography on the people who made it; not so here.  Tales From the Lot not only goes behind-the-scenes at various facilities on the lot, but all the interviews conducted (with big names like Ben Affleck, Clint Eastwood, and Morgan Freeman) are actually conducted on the premises.  Each interview holds a reverence not just for the studio, but for the history of movies.  I feel, especially with how movies are now, that Hollywood has lost the reverence and love for its foundations.  When Martin Sheen tells an anecdote about meeting Sal Mineo, and how Mineo told him James Dean “would have liked you,” you feel for Sheen and his love of what makes movies so important to a culture, and how they should inspire actors to hone their craft.

There’s a balance between the two elements of this documentary: the studio and the movies produced.  I actually felt there was a minor interest in the movies produced.  When the actual filmic output is mentioned it’s in posters whizzing by the screen.  The studio history is recounted, particularly how Warner Brothers truly believed talking pictures were the future, and thus they made The Jazz Singer.  You also get to hear information on the various studio heads who oversaw the day-to-day productions of the studio.  There are some rare home movies of Jack Warner included.  He comes off as fun, vibrant, and a tad bit full of himself.  As far as this being a documentary about the history of Warner Brothers movies, I’d recommend finding something else because this doc goes further into the actual studio itself which is its strongest asset.

Too often, documentaries spend far too much time focusing on the formation of studios and the people involved.  Tales From the Lot is devoted to the studio itself and the actual grounds.  I know Warner Brothers gives studio tours, but if you’re not going to Los Angeles anytime soon, or can’t afford to take in a tour, than this documentary does a great job of giving you that fly on the wall feel.  The actual studio architecture is exquisite and the Rose Garden is simply beautiful.  I didn’t even know there was a rose garden on the Warner Brothers lot; it’s little known facts like this that make Tales From the Lot engaging and insightful.  One of the interviewees mentioned that Warner Brothers is the last studio to do everything in-house (a rare feat in this country today) and you get insider looks at the prop warehouse, the set painting department, and the breathtaking costume department.  With each of these sections there’s also fun stories such as the world’s tallest soundstage is on the Warner Brothers lot, and was built to please actress Marion Davies. 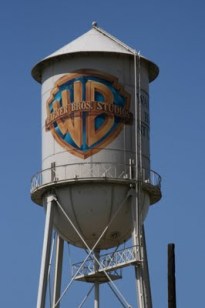 Tales From the Lot is a delightful tribute to 90 years of movie magic, and a studio that has hidden treasures in every nook and cranny.  I recommend taping this special, and then finding a way to get down to the Warner Brothers Studio and take a tour!

Interested in purchasing today’s film?  If you use the handy link below a small portion will be donated to this site!  Thanks!
Best of Warner Bros 50 Film Collection [Blu-ray]