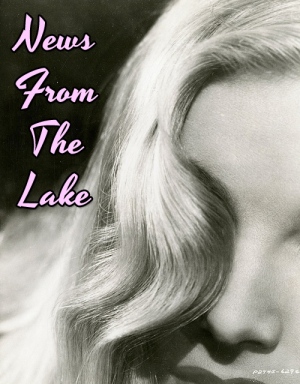 In this entry of News From the Lake we’re going through the wealth of TCM news that has recently come out, including new DVD releases, updates on the TCM television schedule, as well as updates on TCM’s Road to Hollywood series.  Let’s dive in!

The first news item is that TCM is releasing five full-color Westerns to DVD for the first time!  Teamed up with Universal Studios Home Entertainment, TCM is set to release the five-disc Western Horizons: Universal Westerns of the 1950s.  The collection includes Horizons West (1952), Saskatchewan (1954), Dawn at Socorro (1954), Backlash (1956), and Pillars of the Sky (1956) and include stars like Rock Hudson, Shelley Winters, and Richard Widmark.  In terms of bonus content, the collection contains an introduction by beloved TCM host Robert Osborne, front-of-the-house stills, scene stills, publicity photos, and movie posters.  You can pre-order the set right now at shop.tcm.com and the collection will go on-sale, February 18th.

The career of actress Kim Novak will be spotlighted on March 6th at 8pm.  You can catch a slate of her most popular films including Bell, Book and Candle, Picnic, and The Man with the Golden Arm, but a special reason to watch is the hour-long interview special Kim Novak: Live From the TCM Classic Film Festival.  The special was filmed at the 2012 Classic Film Festival, and is hosted by Robert Osborne.  You can catch it at 8pm ET on March 6th.

Six stars, and seven movies have been added to TCM’s Road to Hollywood series, which acts as a prelude to the TCM Classic Film Festival.  The tour travels to various cities showing films and includes a spate of special guest appearances (sadly no Sacramento on the list so I continue to miss out).  The ten city tour is set to show Rio Bravo in Dallas, Texas with special guest Angie Dickinson; Metropolis in Washington, DC with the Alloy Orchestra; Royal Wedding in Boston, MA with guest Jane Powell; South Pacific in Chicago, IL with Mitzi Gaynor; Pink Panther in San Francisco, CA with Robert Wagner; and Marnie in Albuquerque, NM with Tippi Hedren.  Hosts will alternate between TCM mainstays Robert Osborne and Ben Mankiewicz, and film historian Leonard Maltin.  You can obtain free tickets at tcm.com/roadtohollywood.