As the decade tourneys win down, I’m not surprised that voter turnout has been so low.  I’ll cut to the chase, and just detail where everyone stands.

With six votes (40% of the vote) is Julia Roberts 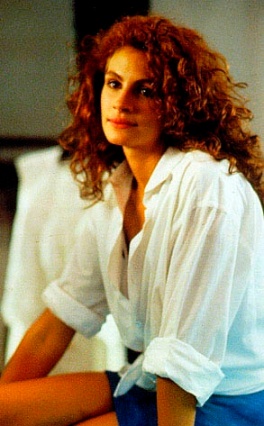 Julia is only a point ahead of the second place contender, but as I mentioned in my original breakdown of the nominees, I really see her taking the whole thing.

Coming up quickly behind is Sandra Bullock, with five votes.

Sandra was actually in first place on Tuesday, but has since fallen back down to second.  These two could tie, briefly, before Monday’s results.  I don’t see Sandra taking this, but we all know I’m wrong, a lot.

With three votes is Nicole Kidman.

Ah, I prefer Nicole over Sandra (been that way since Practical Magic).  With the way the numbers are trickling in, I don’t seen Nicole getting much of a boost up; certainly not into first place.

With one vote is Sharon Stone.

I still believe Sharon belongs in this decade, but I could be wrong.  She’s only received one vote, which has kept her out of the pity territory of the person beneath her.

And with zero votes (I’m wondering if the TCM fans are boycotting) is Drew Barrymore.

A commenter mentioned I should have included Winona Ryder.  Sorry, Drew, but I don’t think we’ll be seeing you next year.