The news column made it out on Wednesday, something to be thankful for, right?  A pretty slow news week, but I still have a few DVD/Blu-ray announcements, as well as a Kickstarter project you might want to look into! 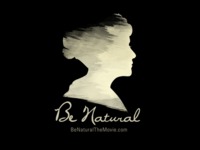 Classic film fans aren’t millionaires, but everyone has that one genre or subject that get their time and money.  I was passed out information on a documentary hoping to be produced entitled Be Natural, that tells the story of the first female director ever, Alice Guy-Blache; a director of silent films, Alice made over 1000 movies and ran her own studio…unfortunately (much like my beautiful Veronica Lake), she’s forgotten by history by fans and filmmakers, even being written out of certain film history books.  Director Pamela Green and co-director Jarik van Sluijs have done the research, gathered a fantastic assembly of stars and directors of today, but have hit a roadblock in their funding.  Because a movie like Be Natural won’t make buckets of money, Hollywood won’t fund the project and like many directors today, they’ve turned to crowd-funding.  A Kickstarter project has popped up asking for donations to complete Be Natural, and they have a ton of goodies as a thank-you that I’d love to get my hands on.  Whether you can spare a dollar or ten, certainly look into this project, and if you’re like me and currently unable to donate money, you can always promote the project via Twitter and Facebook.  I’ve included the link to their website and Kickstarter, so check it out; we need more people to talk about the women in our film history (you know, other than me griping).

Flicker Alley: Flicker Alley is a DVD/Blu-ray company I hadn’t heard of previously, but they have an ambitious project of releasing the Cinerama movies that were touted to provide an epic travelogue to place you in the middle of exotic locales.  The latest in their series is Cinerama Holiday and Cinerama South Seas Adventure.  Each comes with a batch of bonus materials including new interviews with the cast, 8mm home movies, analysis of the films restoration, a scrapbook of images, and a booklet reproduction of an original program.  You can purchase both on October 22nd via Flicker Alley’s website.

Warner Archive: You might think it’s Halloween due to Warner Archive’s slate of horror-tinged films as part of their new releases.  Four movies have been added to their manufactured-on-demand program: Dana Andrews and Nazis in The Frozen Dead (1966); B-movie star Richard Carlson is haunted by a possessive spirit in Tormented (1960); WWII operatives meet up to discover one is a murderer in The Accursed (1957); and a concert pianist ruins his hands and is given new ones only to discover they’re the hands of a murderer in Hands of a Stranger (1962).  You can purchase all of these now via Warner Archive.  Remember, these are made at the time of purchase using the best prints available and often containing no bonus content.

Journeys in Classic Film News From the Lake for the Week of August 14th, 2013
%d bloggers like this: