Brother Bear isn’t the movie that put Disney‘s hand-drawn animation in the coffin, but it marked the death knell for the medium, being the last hand-drawn endeavor to be completed at the Walt Disney Animation Studio in Orlando, Florida.  The studio’s exhaustion is on the screen in this tired retread of movies like Pocahontas (that film’s fingerprints are particularly pervasive on top of Brother Bear’s ham-fisted message of tolerance).  There’s several choices in the movie that left me asking “Why?,” and it turns Brother Bear into a movie with a mediocre story  desperately shouting how cool it is.

Kenai (voiced by Joaquin Phoenix) is a young Inuit man searching for his place in life.  When his brother is accidentally killed, Kenai believes a bear is responsible and goes off seeking revenge.  With the aid of a magical spell, Kenai is placed into the body of a bear to see how misunderstood the animals are.  Along the way he teams up with a little cub named Koda (voiced by Jeremy Suarez) looking for his mom.

If you read my synopsis the twist is blatantly explicated from the lines above so the screenplay isn’t anything new.  The problem is that movies before and after have done the premise better, and if you saw PIXAR‘s Brave – which I did before seeing this – then the entire movie is a derivative take on PIXAR when this came first!  I hate the body swapping premise with regards to animals – and I had problems with it in Brave – because true communication between these ruptured groups never happens.  By the end, Kenai and his brother Denahi (voiced by Jason Raize) fail to discuss their issues as a family, or anything regarding Kenai being a bear, so what did the story accomplish?  The bears will still be hunted, so Kenai isn’t changing the hearts and minds of the Inuit.  The premise is far too broad and unwieldy.  Brave did it better by focusing on an individual family as opposed to a nation of people and a species of animals.

The animation is beautiful, continuing to utilize backgrounds reminiscent of paintings.  The bears themselves are decently animated, and other than talking and facial expressions, aren’t wildly anthropomorphic.  An instance of poorly rendered CGI fish is present but it was the one scene I noticed so kudos to Disney for limiting that feature entirely.  Of course, the cutesy level is jacked up to 15 with this movie.  If you hated the cute side characters in every movie from the 1990s, they’re all wrapped up in the character of Koda.  Koda’s appearance marks a shift to the genre of films where a disgruntled male bachelor is forced to raise a child, and thus learn about the joys of fatherhood.  It isn’t explicitly stated here, for obvious reasons, but it’s the trajectory the movie heads to.  You’ll enjoy Suarez’s delivery if you enjoy the sounds of hyperactive, jabbering children; I don’t, so I found him to be insufferable.  If that cuteness doesn’t tug at your heartstrings there’s two wandering moose (voiced by Dave Thomas and Rick Moranis) whose one joke is their constant squabbling and saying “eh.”  Yes, I understand Thomas and Moranis are employing past characters, but there’s no explanation for their constant followings of a bear family other than they have a death wish or this is a really small part of Alaska!

The voice cast is what gave me pause, because it’s a mixed message.  For a movie set within Inuit territory (and I’m assuming it’s prehistoric…I mean there are mammoths that show up) there’s no actual Inuits.  The head-scratching award for vocal talent goes to Joaquin Phoenix, who I love in movies but he lends nothing to the world of animated movies.  His voice is fluctuates between various levels of annoyance and there’s a surfer qualities to his work that had me wondering if Keanu Reeves could have done better.  Add in Suarez talking like an annoying 2003 child and you won’t understand what time we’re in too.

The story itself is an obvious riff on “They don’t understand because they’re fundamentally different from us” so feel free to name any movie that has this same story in the comments.  You’ve seen it in Pocahontas; you’ve seen it in every take on African-American/white relations since movies began.  The movie wants to preach tolerance of the unknown, because of a communication flaw the two groups can’t understand how much the others want to live in peace.  This makes sense if you’re dealing with Indians/Caucasians à la Pocahontas, but it’s ridiculous with animals/people.  When Kenai gives his philosophy to Koda – bears are murderers – I was wondering if we were meant to explore this from a racial perspective.  Probably not, because that would require the movie to allow a thought-provoking moment to unfold; the soundtrack’s there to cover it up.  Phil Collins returns to overpower the music with nondescript songs with no memorable qualities.  A scene where Kenai has to unburden himself to Koda, and tell Koda his mother is dead (at Kenai’s hands), the movie crudely slams into the story with a simplistic theme about language and communication or some such drivel.

Brother Bear isn’t the worst Disney film I’ve watched, but it’s poorly executed and is proof of Disney spinning their wheels by this point.  Stuck with several financial failures, the studio feared they were becoming more and more out of touch against the CGI juggernauts coming up at other studios.  The problem is they failed to look at the movies themselves.  I personally believe the lack of CGI in their pictures isn’t the issue.  Look back at movies like Dinosaur and was the CGI able to transcend a mediocre story?  No.  Disney once was about story first, technological innovation second and lately it’s been the other way around.  Of course, hand-drawn animation isn’t dead completely, right? 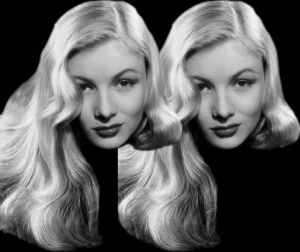 NEXT WEEK: Hand-drawn animation says goodbye (for the most part) with Home on the Range