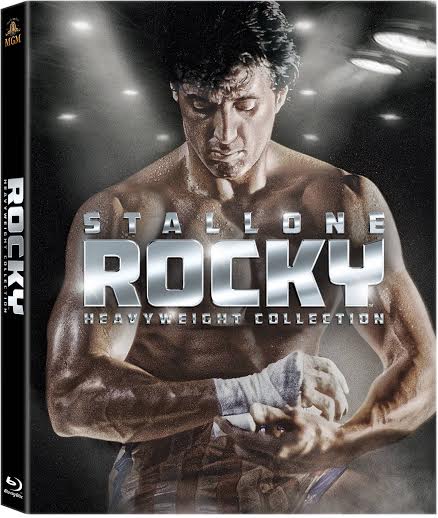 Boxing movies are a film staple with several movies focused on the bloody sport becoming icons throughout the decade; one of the more legendary is Sylvester Stallone’s Rocky.  I was concerned my response to Rocky would be similar to Saturday Night Fever, a film I felt was too much a product of its time period.  Thankfully, my feelings towards Rocky weren’t the same.  The movie is far from a favorite for me – boxing movies aren’t a genre I rush out for in  general – but the methodical pace, gripping fight choreography, and realistic performances leave you cheering for the Italian Stallion!

Rocky Balboa (Stallone) is a small-time enforcer and full-time boxer.  He’s waiting for that one fight to propel him to stardom and gets the opportunity by being paired to fight legendary boxer, Apollo Creed (Carl Weathers).  As Rocky trains with the crotchety Mickey (Burgess Meredith), he also embarks on a romance with the quiet Adrian (Talia Shire).

It’s easy to see Rocky’s fingerprints on other boxing movies coming out after this, as well as countless movies in the ’80s onwards focusing on the enduring American spirit.  There’s no denying Stallone’s script is about the triumph of small-town America and the ability of one person to change their life.  The movie is earnest in its approach, but never fails to reiterate hard work is what propels your dreams.  For a movie about boxing there’s very little of the sport presented throughout the movie’s 2-hour runtime allowing for the characters to develop and grow before your eyes.  Rocky is already in great shape, but he’s nowhere near on a level to fight Creed, and thus the movie spends its time showing how he trains while simultaneously living his life.

The balance between work and pleasure is aided by naturalistic performances and relationships.  Stallone is a bit of a joke now with his struggles to remain relevant in the action field, but his debut performance is a mark of talent.  Rocky’s had hard knocks but remains optimistic about his future.  He’s a risk-taker, never afraid to try again, especially in his daily jokes to the demure Adrian.  The romance between Stallone and Shire could have been very one-sided, particularly in light of watching a similar type of “relationship” unfold in Saturday Night Fever, but again the portrayal is realistic.  Shire plays Adrian practically mute throughout the first half, with several characters disparagingly calling her retarded because of her shy demeanor.  She isn’t a social butterfly but that doesn’t mean she lacks feelings.

Of course, this puts the two at odds with Adrian’s brother/Rocky’s best friend, Paulie (Burt Young) who I couldn’t stand.  It’s easy to analyze the Paulie/Adrian/Rocky triangle as one with homosexual underpinnings, and really it’s the only way to analyze Paulie’s character where he doesn’t come off like a jerk.  I could understand him being wary about Rocky dating his sister if he didn’t open the movie by telling Rocky his sister is a loser and isn’t good enough for the fighter. Once Rocky and Adrian get together, Paulie’s vitriol shifts to Adrian as he freaks out over her being impure.  Make up your mind, Paulie because both scenarios come off as lame excuses to find fault with a relationship he’s never truly comfortable with.

Burgess Meredith is great as the sprightly Mickey, and it was great watching Meredith in something where he’s allowed to be crass.  A far cry from his conservative turns in The Twilight Zone.  Carl Weathers is identifiable today to fans of Arrested Development where he hilariously plays himself, so I was taken aback watching Weathers in his heyday.  The fight between Creed and Rocky is evenly matched; both men aren’t juiced up, nor does one possess a marked advantage over the other.  When the fight ends, either man could be a winner and the results are arbitrary, further evidenced by Rocky and Adrian focusing on each other as opposed to the fight’s outcome at stories end. 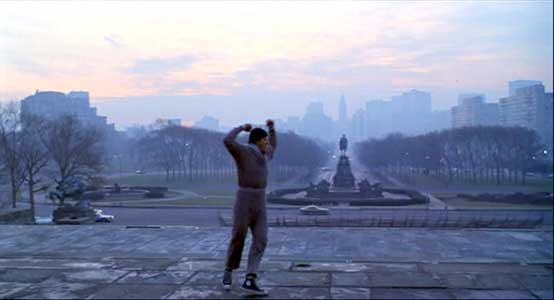 Do I believe Rocky deserved to win Best Picture in a year where Network and Taxi Driver were also nominated?  I’d say no, but in 1976 I understand why Rocky won.  After the brutal events of Vietnam ended in no real “winner,” America needed a pick-me-up through a movie which reminds us we aren’t less because of our failures.  Rocky isn’t focused simply on boxing, but the relationships of people striving towards personal success.  All of this could become moot after watching the subsequent sequels, of which I’ll be back to review parts two and three.

The Rocky Heavyweight Collection includes all six movies in the Rocky franchise and is out now.