Remember yesterday’s review when I said no matter the individual film’s flaws there’s a consistently high level of quality? We’re starting to see a chink in the armor today. The Thin Man Goes Home was a troubled production, especially in light of the death of the preeminent director W.S. Van Dyke. He passed in 1943 – two years before this film and two years after directing Shadow of the Thin Man. With that loss, a bit of the bloom was off the rose. Adding to the already depleted morale, Myrna Loy turned the role down to get married and work for the war effort (almost being replaced by Irene Dunn), while the dog playing Asta “outgrew” the role and was replaced. With all these problems, The Thin Man Goes Home tries to go home itself, telling a simple story about visiting the in-laws but also miss the heart of the original movie. This is where the thin man starts to wear thin.

Nick and Nora (William Powell and Loy) decide to visit Nick’s parents in Sycamore Springs. The residents all assume Nick is working his case, but he just wants to find some relaxation. But murder always follows the Charles’ and Nick ends up trying to find the killer a local man. 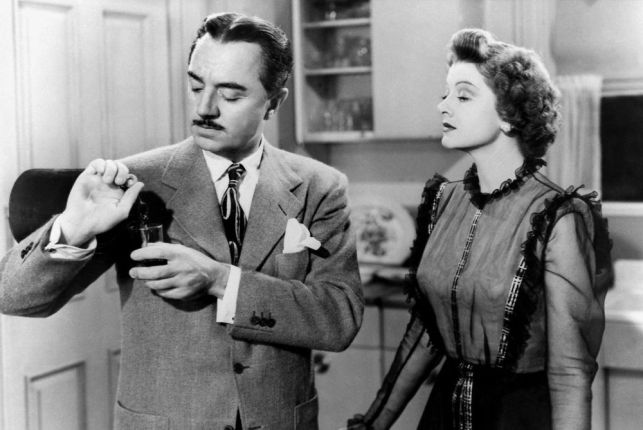 The Thin Man Goes Home tries to erase some of the fringe elements of the previous entries and, literally, returning Nick to his roots. Nickie, Jr. is gone entirely from the story. (The movie’s case says he’s off at “boarding school” but I can’t recall anyone specifically saying that. Feel free to correct me.) Although I found a nice middle ground with the character, I can’t say I missed him in this entry. Because he’s gone, we return to appreciating Nick and Nora as a duo, and learning about Nick’s past.

The “visiting the in-laws” is a common sitcom technique, and when your parents are played by Harry Davenport and Lucile Watson, hilarity is going to happen. Davenport is a gem, as he is in every movie where he plays the crotchety father/grandfather. Dr. Bertram Charles makes no bones about his son’s personal failings, which makes their eventual respect for each other satisfying. You also have to appreciate Dr. Charles’ meta-characteristics in the movie. As Nora recounts one of Nick’s adventures, Dr. Charles is flabbergasted, “the whole thing’s so silly.” After five movies it’s about time someone mentioned their ridiculous qualities. Why not the man whose already opposed to the detective?

However, the amount of movies already leaves the premise at a disadvantage. There’s a lack of any unique characteristics to this movie aside from a change in locale. Yes, you could say this has been evident since the first film, but with so many avenues already explored you can feel the script backing itself into a corner and running short of ideas. This explains the meandering nature of the movie itself where, once Nick and Nora get off the train in Sycamore Springs, the movie spends about half an hour introducing various locals and establishing the various relationships. The whole experience is akin to Our Town, with an added dose of murder. Another difference is cutting to various characters to have them make their shadiness known to the audience. By giving us other POVs we lose the element of solving the mystery alongside Nick. The red herring factor is still in effect, but we already are expecting a certain character to have a dark secret. The entire movie is reliant on light interrogations with very little in the way of suspense. We also have the same ending as Shadow of the Thin Man, only remove Nora from the equation and make the gun bigger.

Let’s talk about Nora a bit, because for all the praise I gave her in the last film she’s nothing but the housewife in this. She is given a more talky role, reenacting a particular case of Nick’s (conveniently one we haven’t seen in any of the previous films), and a moment of investigation. Yet there’s no physical comedy and a stray scene of her with Nick. Nora’s either an active presence or completely devoid of any purpose, there’s no middle ground. I will say Irene Dunne would have worked well in this feature, because Nora has little to do, but would be terrible in the earlier ones. As for Nick, the local celebrity element of his plotline continues where everyone in Sycamore Springs thinks he’s there working. The “local boy does good” plotline could have potential, but it’s little more than characters mentioning it.

I can’t say I was impressed with The Thin Man Goes Home. It’s another breezy foray into the world of Nick and Nora, but the premise is tired and I never bought Nick and Nora belonging in a country setting; they belong back in the big city. This is where the downturn is going to happen, and hey, after five films I dare anyone to keep things fresh, but I’m interested to see how we wrap the franchise up. 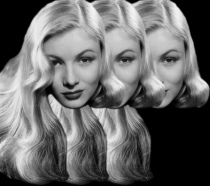