I’m a terrible person for just now watching You Can’t Take It With You considering it was voted as the number one film you readers requested I write about. With that, this is a wacky blend of screwball comedy with social satire with hilariously endearing performances by its ensemble cast.

Alice Sycamore (Jean Arthur) and Tony Kirby (James Stewart) are in love and want to marry. The problem is, Alice is poor and comes from a family of quirky do-gooders, while Tony is a business scion whose father (Edward Arnold) is buying the neighborhood where the Sycamore’s live. The young couple decide to have the in-laws meet, leading to a host of complications and revelations. Meeting the in-laws isn’t a unique premise in comedy, but Capra and screenwriter Robert Riskin – reteaming after the success of Mr. Deeds Goes to Town – turn the premise into an examination of the haves and the have-nots. Would you expect anything less from Capra at this point? If you assumed the message was too subtle in Mr. Deeds, the theme here is practically worn on a big sign around the character’s necks: Money can’t buy happiness. Again, this was a benevolent theme of the Great Depression, and it leads to several fun sequences, particularly when both the Sycamore and Kirby clans get hauled into the pokey. Mrs. Kirby (Mary Forbes) and Arnold’s Anthony Kirby both believe they can have whatever they want, and alienate the other inmates. When everyone is placed before a judge, it becomes evident to Anthony that the Sycamores may lack monetary wealth, but they have kind friends who would give them the shirt off their backs.

It would be easy for Capra to reiterate this point, again and again, but he also inserts a charming romance. This was James Stewart’s first time working with Capra, and I enjoyed him immensely. Where he conveyed white-hot passion with Ginger Rogers in Vivacious Lady, he acts like he’s known Arthur for years here. When they go out on the town, they can predict each other’s moves. There’s an honesty between the two of them. Alice could hide her family, but Tony doesn’t want her to. He accepts her, and her family. Conversely, when the two dine in a fancy restaurant, Tony gets a rise out of making Alice scream, launching into an excuse involving mice under the table. Both actors have a sharply keen sense of comedic timing, gliding through the dialogue. 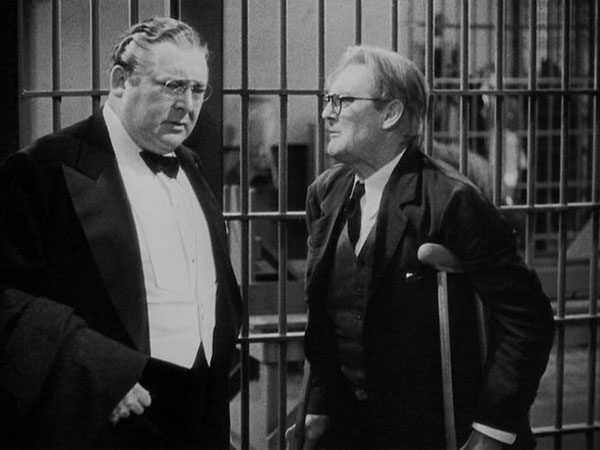 The rest of the cast is equally entertaining, including the zany Sycamores. This is a family deserving of a reality show in this day and age, although we’ve probably reject it for being too upbeat. Lionel Barrymore, suffering through crippling arthritis during filming, plays the voice of reason as Arthur’s grandpa – 22 years her senior – Martin. He’s a man who understands “you can’t take it with you,” ie money and material possessions. Even when he’s threatened with losing his house, he finds some way to smile about it. Spring Byington is an appropriate companion considering her work in the Jones Family series. I also loved the loopy Ann Miller as Essie, a roommate (sister?) obsessed with ballet. Her dance to a Russian song that turns the whole house screaming “HEY” is hilarious. It’s also surprising how progressive this film is, for 1938, with race relations. There’s two African-American characters, one of whom is a domestic, that are integral in the Sycamore household. They aren’t treated as servants, although that’s their job description, so much as friends and companions who help out for pay.

So much of this film is reliant on script and quoting lines would be futile. As I mentioned with Mr. Deeds, though, this is just a bit long in the tooth. The arrest of the family leads us to the inner message of the movie, returning us, once again, to a courtroom where lessons are learned. It would be easy for Capra to have Anthony’s change of heart conclude there, but there’s another fifteen minutes of story. It’s necessary, closing out the plot with regards to the housing dispute and reuniting the couple, but it comes off like filling. There was a shorter way to get the same result.

You Can’t Take It With You is a charming family comedy. Capra’s message is read loud and clear, but it’s softened by the universal family dynamics about worrying if someone’s “good enough.” Jean Arthur and Jimmy Stewart exude a tender chemistry worth investing in. 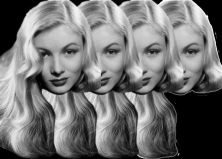 You Can’t Take It with You (Remastered)