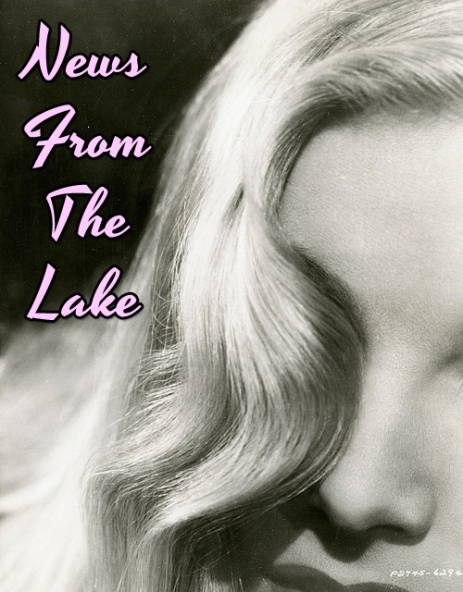 In this week’s update: Another sad Hollywood passing, gearing up for Halloween on various television channels, and what’s new on DVD and Blu-ray.

Polly Bergen, star of the 1950s classic Cape Fear, passed away at 84. An official obit can be read here. It’s been a cruel year for classic film fans, and really fans of Hollywood in general. Every star I hear about is another opportunity to miss them at a film festival. Bergen was announced as a guest at the 2013 TCM Classic Film Festival but had to cancel. What’s your favorite Bergen appearance?

If you’re in the Los Angeles area you’re more than aware of the TCL (formerly Grauman’s) Chinese Theatre. In honor of the recent renovation of the theater, adding a massive IMAX screen, a series of discount packages are being offered: One includes 2 IMAX movie tickets, 2 VIP tour tickets, food and drink while the other contains 4 IMAX tickets, 4 tour tickets and food and drink. You can learn more and purchase these packages via the TCL website.

getTV fans, October is coming soon and the channel is prepared for all sorts of things that go bump in the night with a horror themed marathon on October 31st. Screenings for the evening include Bell, Book and Candle, The Return of the Vampire, The Revenge of Frankenstein, The Werewolf and 13 Ghosts. Throughout the rest of the month you can watch a tribute to Rita Hayworth every Thursday and Durango Kid features on Saturday afternoons. A complete listing for the month can be found at the getTV website.

I don’t usually get to announce Sacramento area events – where I live – but if you’re in the Roseville area this weekend you might want to stop by the Barnes and Noble Sunday night from 5-8pm where author Kendra Bean will be signing copies of her fantastic biography of Vivien Leigh (which I’ve reviewed). I have had the great fortune to meet Kendra, and if you’ve read her book and are in the area you might want to stop by and get her signature.

New on the DVD and Blu-Ray

Warner Archive: It’s all pre-Codes this week from Warner Archive starting with the third volume in the Classic Shorts From the Dream Factory series; this installment contains six shorts featuring the Three Stooges. Also out: The Man Who Played God (1932), Five and Ten (1931), One Night at Susie’s and Oh Sailor Behave (both 1930). Also, if you’re in New York October 1st Warner Archive is presenting a screening of Vincente Minnelli’s The Clock at the BAMcinematek.

Paramount: Paramount’s “loverly” restored Audrey Hepburn’s 1964 musical classic My Fair Lady, recently presenting the 4K restoration to audiences. The Blu-ray/DVD combo is set to debut on December 9th with a host of bonus features – many carried over from a previous DVD release – including featurettes, clips from the Golden Globes, and production tests.

Warner: Speaking of Audrey Hepburn, Warner’s kicked off their 2015 classic film slate with the announcement that War and Peace (1956) is coming to Blu for the first time. There’s no word about bonus content. War and Peace hits shelves January 20th.

Leave a Reply to Vanessa B (@callmeveebee)Cancel Reply