News in a nutshell: A new event going on at the UCLA Film and Television archive, and what’s new on DVD and Blu-ray. 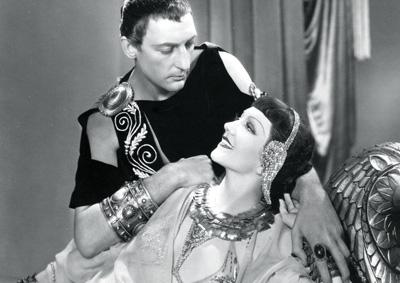 All my L.A. readers, take a drive down the Billy Wilder Theatre in Westwood Village January 9th-February 28th to see the UCLA Film and Television Archive’s film series celebrating legendary director/impresario Cecil B. DeMille. The film series, “The Greatest Showman: Cecil B. DeMille” is showcasing ten restorations of the director’s work as part of their own 50th-anniversary. Screenings include presentations of DeMille’s best known work: Cleopatra, The Sign of the Cross, Reap the Wild Wind, and The King of Kings, as well as some of his smaller work (small being relative in DeMille-land). Special guests will lead discussions at select screenings. Full details such as screening dates and ticket information is up at the UCLA FTVA website.

Criterion: Criterion will be debuting Robert Montgomery’s little known film noir (that he directed and stars in), Ride the Pink Horse (1947), on DVD and Blu-ray on March 17th. Bonus features included: audio commentary, interviews, and a presentation of the film via Lux Radio Theater. Also announced last week, Criterion has set February 10th as the street date for the 1936 short film, A Day in the Country. The bonus features for this are more comprehensive: an introduction, various interviews and video essays, and screen tests.

Olive: Olive prepares for all those gift cards you’ll inevitably receive after Christmas as they’ve announced a slew of popular titles for release in February. The big one is the final “Road” picture, The Road to Hong Kong (1962), starring Bob Hope and Bing Crosby, which is premiering on Blu-ray. Also making their debut on HD: Jack Lemmon’s How to Murder Your Wife (1965), Beach Blanket Bingo (1965) and Muscle Beach Party (1964). All these will be available February 17th.

Fox Cinema Archives: Fox announced the release of two titles as part of their manufactured on-demand program: Carole Landis in It Shouldn’t Happen to a Dog (1946), and George Sanders and Dolores Del Rio in International Settlement (1938).