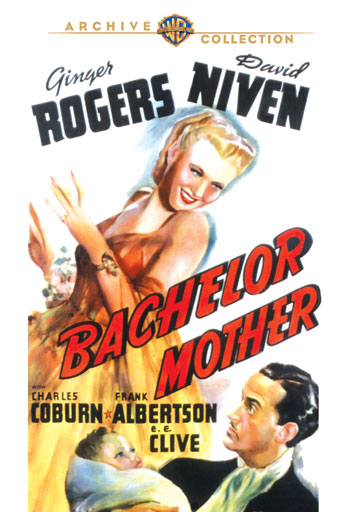 Several films have tackled the subject of “mistaken maternity,” but Bachelor Mother is the best! This 1939 comedy quietly slid underneath the rules of the Production Code by having our leading lady stumble upon a foundling child, as opposed to the film’s original plot of having the bachelor mother be a bachelor mother! Of course, single motherhood was too progressive and taboo for Hollywood at the time, but either way it never dampens the film’s effulgent cheer. Bachelor Mother is a bundle of joy (later remade into a Debbie Reynolds vehicle with that title, no less)!

Polly Parrish (Ginger Rogers) is a salesgirl at Merlin’s Department Store. She loses her job on Christmas Eve, and while wandering home in dejection sees a woman leaving her baby on the steps of the local orphanage. An accidental pick-up leaves people assuming the baby is Polly’s, and while the child ends up securing Polly’s job, it also opens up stigmas and fears associated with Polly’s bachelor motherhood. 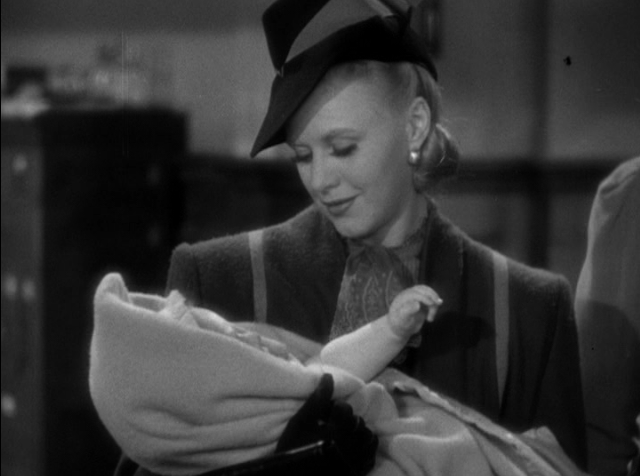 Bachelor Mother came out during the landmark year of 1939, and although it isn’t as epic as Gone With the Wind or The Wizard of Oz, like those films it contains a capable female driving the narrative while infusing a sweet tale about growing up and learning responsibility. Also, like Scarlett O’Hara and Dorothy Gale, Polly Parrish’s life isn’t as charmed as one thinks, starting with her receiving a Christmas Eve pink slap. “Merry Christmas! You’re fired.” Polly’s troubles go from bad to worse after that once she picks up the baby that becomes her Christmas miracle…whether she likes it or not. “I wasn’t leaving it. I was just picking it up!”

As I mentioned above, Bachelor Mother’s original plot revealed the baby was really Polly’s, and if they removed the one scene of Polly actually seeing another woman drop off the baby at the foundling’s home, the ambiguity would be retained. Either way, the movie smartly shows the benefits, and, more importantly, the double standards and judgement against a woman without a husband. Despite her lack of job, Polly is seemingly self-sufficient, boasting her own apartment sans roommate. When the woman at the foundling’s home refuses to take the baby, Polly tells her “When I want a family I’ll get married and do it right.” She’s aware of society’s “right” way of gaining a family, and by making the statement she acknowledges her unpreparedness for the job at the moment. 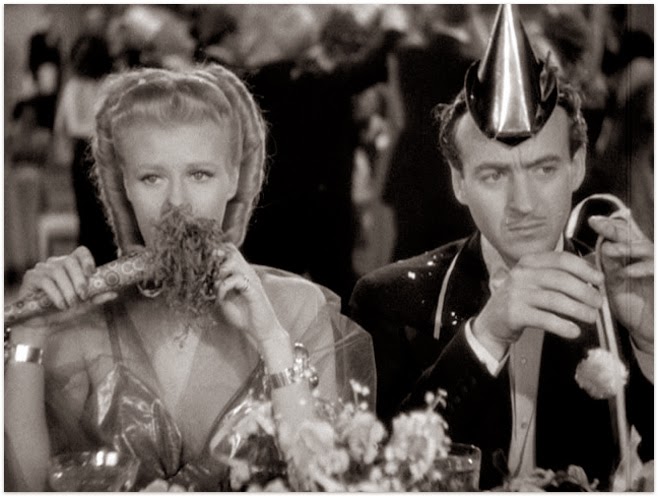 Much like the ever-quaking Donald Ducks – a fun marketing strategy on Disney’s part, impossible to achieve in a non-Disney release a few decades later – Polly learns the unrelenting struggles of motherhood. There are some benefits, but they come at the expense of hijinks through mistaken identity and sexual misconduct. It’s through the benevolent David Merlin (David Niven), son of Merlin Department store owner, J.B. (Charles Coburn), that Polly gets the baby “returned” to her, along with a reinstatement and promotion in her job. Unfortunately, for all the sweetness that comes from Polly having job security, she still doesn’t want the baby. Returning it proves even more scandalous as the Merlin household believes the baby is David’s! Norman Krasna’s dialogue crackles with double entendre, wittily spoken by the characters who are unwittingly digging their own graves.

Eventually, Polly and David start enacting their own version of the fractured family, adding a dose of commentary on the idea of women in the workforce and how much fun is too much. After entering a dance contest, Polly comes home to find David waiting up for her like a wife waiting up for her husband. The gender swapping here is on-point even if David isn’t always endearing; much of his likability comes from David Niven’s acting – in fact, he was desperate for this role after such a hard time on Wuthering Heights. In one scene David belittles Polly by saying she’s “acting” as if motherhood is tough. One wonders how soon after this we got Bachelor Father!

Thankfully, David receives a deeper character beyond criticizing love interest. Like many new mothers, David starts reading up on parenting through guides written around taming one’s child, generally written by male doctors. The air of fake authenticity, and male superiority, is enough for David to declare the author a genius. “A man with twenty years experience might know what he’s talking about.” You know, as opposed to a multitude of mothers who actually gave birth. (Although this is not to say that Polly, by the sheer fact she’s a woman, knows anymore about babies. The joke lies in both being equally ill-equipped.)

With so much of the plot revolving around Polly and David it helps that the characters are played by the always entertaining Ginger Rogers and David Niven. Rogers’ effortless affection with the baby is delightful, and Niven perfects his persona as a rascally, debonair roue. Their relationship dynamics are constantly changing, imitating a real relationship despite their not dating. As Polly and David get closer, he starts to see the baby as a hindrance, unable to take Polly on dates late at night. 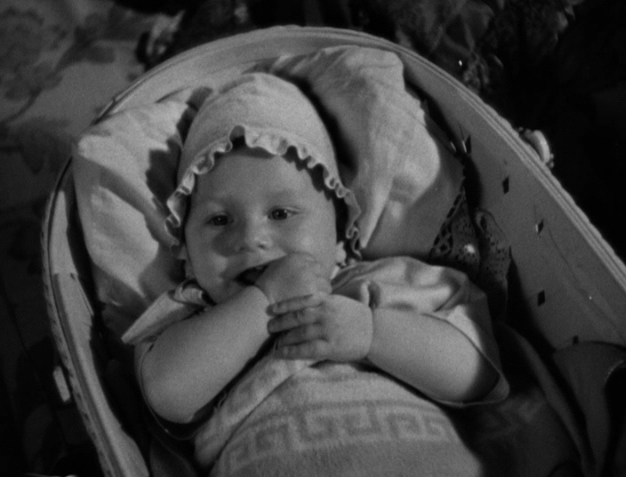 The third act involves Charles Coburn’s J.B. wanting custody of Polly’s baby, believing (or just desperate) it to be his grandchild and heir, but you have to know all’s well that ends well.