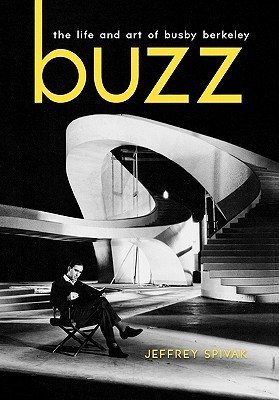 When Hollywood announced Ryan Gosling in the lead role of dance impresario/director Busby “Buzz” Berkeley, I was skeptical. Not just because this is another in the endless parade of prestige biopics, but because I didn’t really think Berkeley’s life warranted a 2-hour movie. I mean, the man who crafted human waterfalls for Footlight Parade? What else did he do? That’s where Jeffrey Spivak’s biography, Buzz, comes in. Not only is Buzz the source material for the upcoming movie, but it’s an invaluable resource on the ups and downs of Berkeley’s life.

Spivak’s up against describing to the reader Berkeley’s visual innovations, no small task. There are parts of Buzz that are best read after watching the movie’s themselves, but it’s amazing how visually florid Spivak is. This isn’t strictly limited to describing Berkeley’s films. The details provided lay a thick foundation for a man who wanted it all, but couldn’t seem to balance a happy professional life with a happy home life.

Married multiple times, with a co-dependent relationship alongside his mother, Gertrude, the strongest elements in Buzz marr the man’s relationships. (Buzz was one of numerous famous paramours dating the equally unlucky, Carole Landis.) Spivak limits himself from making overt theories regarding the demise of Buzz’s relationships, both professional and private, but there’s enough groundwork laid for readers to make their own assertions, whether you believe his mother, his perfectionism, or his penchant for drinking doomed him.

The drinking rears its head throughout the biography, culminating in a near career-ending drunk driving crash resulting in a death on the scene. This tragedy followed Berkeley for years, and nearly ended his career right at its peak. The fact he was able to move on, where so many other actors and directors were doomed to obscurity, is amazing even if there’s no real motive for why Berkeley persevered.

If the Berkeley biopic gets off the ground, I can see the pros and cons of Gosling’s involvement. All I can hope for is he reads the book, as it gives necessary perspective on a director who did more than place beautiful girls “by a waterfall.”

Buzz: The Life and Art of Busby Berkeley (Screen Classics)

7 thoughts on “Buzz: The Life and Art of Busby Berkeley” Leave a comment ›