News in a nutshell: News from getTV, TCM, and the UCLA Film and Television Archive, as well as what’s new on DVD and Blu.

Hot on the heels of TCM’s upcoming Summer of Darkness, getTV decides to enter the mysterious territory of mystery in July with 19 classic crime dramas airing as part of their “Watching the Detectives” block every Thursday at 7pm ET. The lineup will include the likes of The Lone Wolf Spy (1939), Meet Boston Blackie (1941) and The Voice of The Whistler (1945). Barbara Stanwyck will also be honored during July with a six-film slate including Meet John Doe (1941) and Golden Boy (1939). You’ll also get other silver screening favorites such as airings of Funny Girl (1968) and Bye, Bye Birdie (1963). As always, you can find out more about getTV’s schedule at their website. 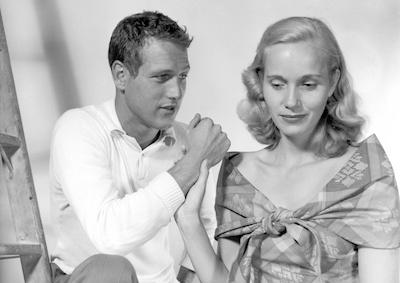 The UCLA Film and Television Archive celebrates 50 years with a presentation of variety shows, sitcoms, teleplays and other early examples of “reality” programming in an exhibition entitled Archive Television Treasures running from May 29th-June 24th. The slate contains variety shows like The Dinah Shore Chevy Show, Play of the Week, and Hallmark Hall of Fame. Special guests appearing during certain screenings include the lovely Eva Marie Saint, friend of TCM Illeana Douglas, and Miles Krueger; Saint, Douglas, and Gena Rowlands will also appear during the kick-off event on May 29th. All screenings take place in the Billy Wilder Theater in Westwood Village. Full program details can be found at the UCLA FTVA website.

Were you, like me, a child denied the joys and adolescent hijinks of summer camp? Then hang out with the cool kids this summer when TCM debuts their TCM Movie Camp, a “summer-long series targeted to young adults and future filmmakers” that takes over from the Essentials, Jr. series. The hosts of TCM Movie Camp will be William Joyce and Brandon Oldenburg, the co-founders of Moonbot Studios and Oscar-winning filmmakers. A few of the titles listed for this inaugural series: Close Encounters of the Third Kind (1977), Steamboat Bill Jr. (1928), and Mr. Bug Goes to Town (1941). The official series website is here. While I’ll miss Bill Hader and Essentials Jr., I’m intrigued by the idea of inspiring future filmmakers and moving towards a teen audience by showing landmark moments in film and film production.

I haven’t covered events at the George Eastman House as much as I’d like, but the success of their first film festival, The Nitrate Picture Show, proves they’re worth seeking out. Their festival had some amazing films on the list and they have the makings to be a great festival for those suffering from post-TCMFF malaise. Unlike TCM, they don’t mind releasing the dates of their next fest hot on the heels of their last, so if you didn’t make it out to NYC this year for The Nitrate Picture Show mark your calendars for April 29th-May 1st, 2016 when the festival goes for round two!

Warner Archive: Warner Archive’s big release is Thank Your Lucky Stars (1943) on Blu-ray. Bonus features included with the upgrade, theatrical shorts and trailers as well as a vintage newsreel. Also released this week, two William Wellman films: Robin Hood of El Dorado (1936) and This Man’s Navy (1945). All are manufactured on-demand and can be purchased through Warner Archive’s website.