Outside of Bewitched, I don’t often reviews books aimed at classic television shows. Nothing against them, I just figure I should stick to the site’s title of being about classic film. But, since I’ve made concessions for the other ones, and because I’m the editor of the site (yes, I’m reverting to the “it’s mine” mentality), why not indulge my love for the greatest horror/sci-fi show of all time, Rod Serling’s The Twilight Zone. Stewart T. Stanyard’s loving tome goes in-depth on Rod Serling’s tale of the fantastic, acting as both a loving eulogy to the man and the television show he invented.

Immediately, Dimensions Behind the Twilight Zone looks lovely. Bigger than an average novel, but smaller than a coffee table book, the thick glossy pages expertly show off the immense slate of pictures Stanyard came across. It is these photos that give the first impression, and show that titled “dimension behind,” of what the book is about. We’re privy to behind the scenes shots showing camera set-ups and aerial shots of the sets and the cast goofing around all under the watchful eye of host Rod Serling…cigarette in hand. (MANY of the interviewees remember Serling’s penchant for smoking and belabor his passing at a young age due to lung cancer.)’

Comprised of both honorific tribute to the show and Serling as well as thematic exploration, Stanyard shows the many facets of the popular series. Always passable in the ratings, he asks several of his interview subjects how the show has endured for over 50 years. Many chalk it up to the writing and Serling’s inimitable contributions (at the time of publication, the show had already been redone twice). The section exploring Serling’s formulation of the show is great and Stanyard clearly conveys his admiration for the man. In fact, Serling’s belief in the series and his openness to suggestions is often praised as a reason so many people wanted to work with him.

From an analytical standpoint, the chapter “Themes of the Zone” was my favorite, with its intriguing insight regarding the various themes elaborated on within the series such as isolation and nuclear fear. There’s also a segment devoted to how the show failed to accurately convey comedy, which reads a bit too subjective. Author Neil Gaiman also writes a very sweet foreword reminiscing about his memories of England and discovering Serling’s series. 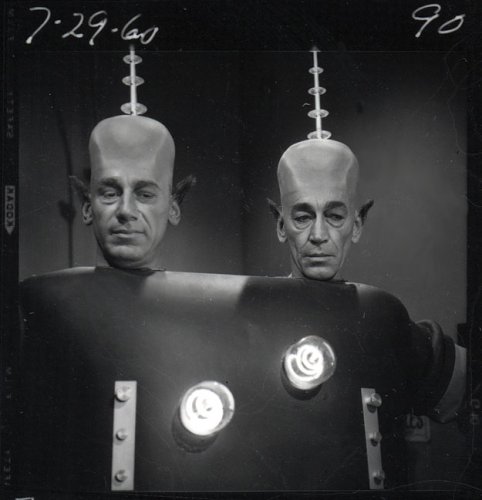 Over half of the book is devoted to the section “Sight, Sound, and Mind” with almost thirty stars, directors, and other associates of the series – many of them long since deceased – discussing their memories of The Twilight Zone. This is where the true impact of the series is encapsulated. Stanyard asks the same group of questions to the various subjects, and each, generally, provides a different answer. They discuss Serling as a person, their own personal interactions with him, their time with the series, and its enduring legacy today. Hearing the likes of Cliff Robertson, Bill Mumy, and Anne Francis discuss their time on the series in iconic roles is just superb.

I’m unsure if these interviews were conducted in person or through email/phone because a few sound rather rote and rehearsed. Stanyard also doesn’t cut fat and a few answers do not answer the question he asked, at all. He also doesn’t ask any follow-ups which is frustrating, especially when it’s regarding what could have beens. None of this dampens the book, and Stanyards techniques are those of a fan more than a hard-hitting writer which only enhances this as being a guide for those seriously in love with the series.

Dimensions Behind the Twilight Zone opines the show we miss while celebrating its existence to this day. The Twilight Zone has never gone out of style and this book shows why!

Dimensions Behind the Twilight Zone: A Backstage Tribute to Television’s Groundbreaking Series