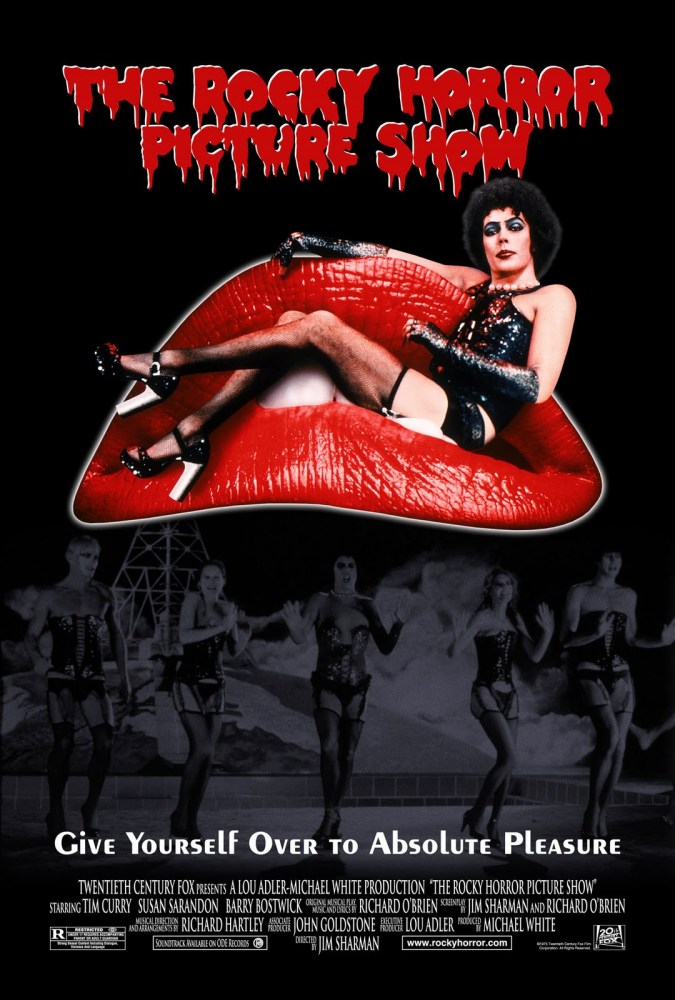 Everyone has a friend, you know, “that” friend who brings certain movies or music into your life that you wouldn’t have found otherwise. So it was with Rocky Horror Picture Show, that a “jump to the left” opened up a wild phantasmagoria I wouldn’t begin to deconstruct till much later in life. Remove the absurdity and you have a rock musical examining the dynamics between gender, politics, and, yes, popular culture. Let’s jump into exploring the “science fiction, double feature!” 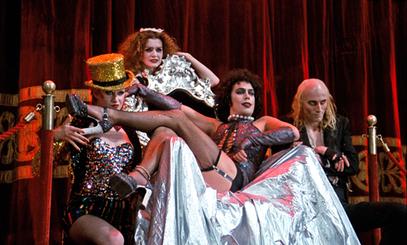 Celebrating its fortieth anniversary, The Rocky Horror Picture Show is oft called the cultiest of cult classics, whose absurd plot is perceived as dangerous and rebellious; the apotheosis of cool because a man dresses in fishnets and the plot makes little sense. (Remember when Glee tried to “pay tribute?”) I say this because it often belittles a film that, I consider, a landmark in my own film development and may be more intelligent than it’s given credit for.

On the surface it’s a loving tribute to popular culture; the culture of 1950s sci-fi and B-movies to be precise. “Science Fiction/Double Feature,” the film’s opening number, lovingly gives shout-outs to the likes of Forbidden Planet (1956), Day of the Triffids (1963), and more, all sung with the help of some crimson, disembodied, lips. From there the plot borrows heavily from Frankenstein with Frank-N-Furter as the mad doctor creating life (albeit Frank comes with some intriguing Nazi imagery associated with him, hearkening back to grittier, exploitation era cinema). Later references to RKO and King Kong (1933) create a world swathed in nostalgia, ultimately putting the nail in the coffin of 1950s nostalgia.

Though based on a 1973 London stageplay, the 1975 film presents the 1950s as an era of naivete, sexual repression, and generally the things we’ve come to identify the 1950s with. Brad and Janet are described as two average Americans, and with that comes being boring and doomed for marriage and predictability. Who better to encapsulate these tropes than Bostwick and Sarandon? Unlike Bostwick’s Brad, Janet actually goes through a conversion, being “seduced” (although the more honest word is raped) by Frank-N-Furter and later finding her own sexual awakening with Rocky, a thinly veiled testament to the Women’s Movement of the period. Brad, himself the typical American male – vowing that nothing can harm Janet because “I’m here,” as if the presence a male is relative to the level of danger – he too finds pleasure, or at least acceptance, of an alternative lifestyle filled with homosexuality and women’s clothes.

There’s been much written about what The Rocky Horror Picture Show “means,” and the above discussion about the 1950s, nostalgia, and B-movie element are well tread territory. There’s also some amazing essays about its connections to the glam rock movement and David Bowie. However, much of the movie, shows an exaggerated presentation of what conservatives “assumed” the alternative lifestyles – whether it be hippies, religious followers, etc. – were doing with their time; that of engaging in crazy sex, following cults, and converting straight-laced Americans to a world of sin, debauchery, murder and cannibalism.

Brad and Janet’s descent into madness certainly plays in to narrative tropes of 1950s exploitation and cautionary films (think 1936’s Reefer Madness), while simultaneously showing more acceptance of outsiders. Conversely, Frank-N-Furter’s murder and mutilation of 1950s figurehead Eddie (Meatloaf) shows the unhappiness of the 1950s and 1960s. It may have been apple pie seguing into free love, but it often came at the expense of a war (post-WWII into Vietnam) and political immortality – take note of Brad listening to Nixon’s 1974 resignation speech before arriving at “the Frankenstein place.”

These differing contexts will hopefully give you an anchor while watching what is, beyond a shadow of a doubt, a rollicking musical. Tim Curry rocks fishnets better than anyone I know, man or women, and it’s impossible not to find yourself seduced into his world of Charles Atlas and leather jackets. Richard O’Brien, helmer of the original musical and this script, terrifies and intrigues as Riff-raff whom, alongside his sister, Magenta (a saucy Patricia Quinn) have a B-plot that’s often more intriguing by what’s left unspoken. When Riff-raff declares, “They never liked me!” at the end, there’s a tacit agreement that Brad and Janet were the final straw in a long line of injustices. 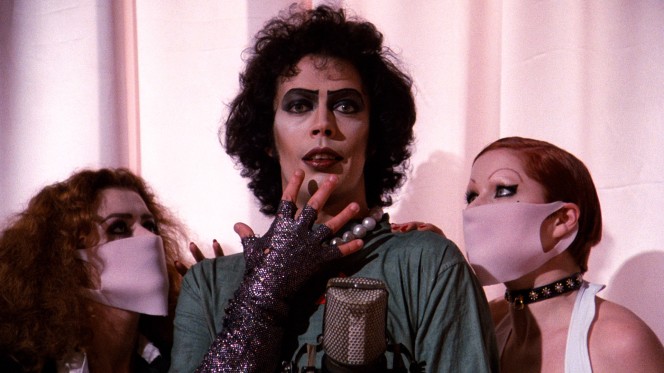 20th Century Fox’s latest Blu-ray release doesn’t differ much from the 35th anniversary edition released in 2010, but if you haven’t already bought it, now’s the time! Get ready to the Time Warp again!