News in a nutshell: Some sad Hollywood passings, various upcoming events, and what’s new on DVD and Blu-ray

Actress Joan Leslie, best known for her work in High Sierra, Sergeant York, and Yankee Doodle Dandy, passed away last Monday at the age of 90. Often considered one of the last big actresses of the studio era, there’s been no confirmation from TCM on whether they’ll be doing a tribute to her films or an “in memoriam” video. Her full obituary can be read here.

Hitting a bit closer to home, it was announced that Marty Ingels, most famously known as Shirley Jones’s husband, passed away at 79 on Wednesday. The former actor and comedian was known as a bit of cut-up during Jones’s interviews; I interviewed Jones briefly at last year’s festival, and while Ingels didn’t do his famous interruptions, he was a constant presence and it’s sad to hear he’s passed. His obituary can be read here.

With Halloween coming next week, no night of frights is complete without a little Hammer horror. Warner Bros. recently released a collection of Hammer horror films on Blu-ray, and Diabolique Magazine hopes to create a documentary about the studio to accompany those releases. The magazine is running a Kickstarter to raise funds for the completion of their documentary which will include history and interviews with those who worked during the period. You can check out their Kickstarter here. 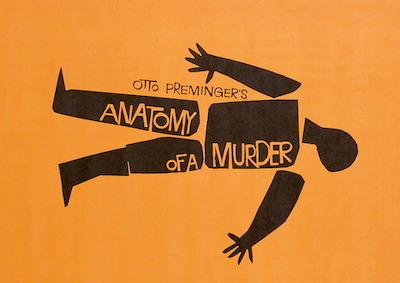 Those in the Los Angeles area have the opportunity to take in a special tribute to the legendary Saul Bass. Entitled Saul Bass: Anatomy of Film Design, the event takes place on October 30th at the Billy Wilder Theater. Several of Bass’s short films will be played, as well as a selection of his legendary title designs, commercials, and more. All of this will be presented with special guest Jan-Christopher Horak, the UCLA’s Film and Television Archive director, and graphic designer Albert Kallis. Admission is free. Event information is on the UCLA website.

Sony Movie Channel announced their plans to honor Veteran’s Day with a full day’s marathon of war films, both classic and contemporary. The schedule will include airings of Ronald Reagan’s Hellcats of the Navy (1957), Alan Ladd’s Paratrooper (1953) and more. A complete schedule of the day’s films is up on the Sony Movie Channel website.

Warner Archive: Irene Dunne and John Barrymore are honored with this week’s Warner Archive releases. The former sees four of her films on DVD: Consolation Marriage (1931), Ann Vickers (1933), Sweet Adeline (1934), and Never a Dull Moment (1950). Barrymore sees two his films released – The Mad Genius (1931) and The Great Man Votes (1939). These can be purchased on-demand via Warner Archive.

Fox Cinema Archives: Fox put out The Silent Call (1961) as part of their Archive collection.