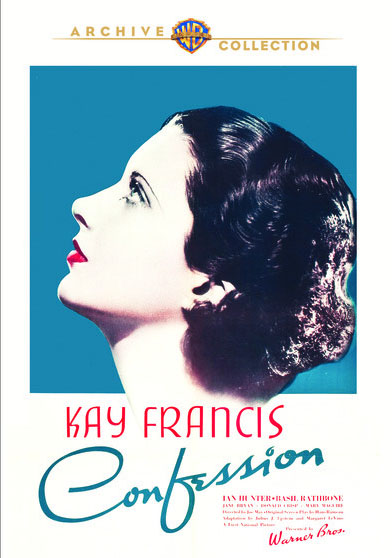 Kay Francis is best remembered as a clotheshorse, an actress who utilized the frame as her own personal runway, but after watching I Found Stella Parish (1935) and Confession (1937), Francis should also be given the moniker of “exquisite mother of the year.” Her self-sacrificing mother characters should be verified for sainthood, and Francis never met a close-up she couldn’t look utterly beautiful in which is where most audiences chalk her up as being all style and no substance.

While I wasn’t seduced by the manipulations of I Found Stella Parish, Confession blends the sacrificial mother character of films like Stella Dallas (actually released just a few weeks before this) with near Sirkian-levels of melodrama that only the Germans could have crafted; this makes sense, since Confession is a near shot-for-shot remake of the German film Mazurka (1935).

Vera Kowalska (Francis) shoots well-known composer Michael Michailow (Basil Rathbone) in a Berlin nightclub. On trial for murder, Vera refuses to introduce any mitigating circumstances that would give motivation for her murdering the man. Forced to tell her story, Vera recounts a tale of seduction, miscommunication, and the loss of the daughter she so dearly loved.

What separates this from the aforementioned Stella Dallas is circumstance. Stella Dallas steps away from her daughter due to societal factors; she’s an outsider with a daughter desperate for inclusion. Where you might not sympathize with Stella’s rationalizations and the film’s somewhat selfish plot conventions, Confession slyly interjects social commentary into the mix, forcing Vera’s hand and strengthening the audience’s sympathy for her. In this case, Vera is happily married with a child, but is preyed upon by the seductive Michailow, a love ’em and leave ’em guy looking to put some notches on his conductor’s baton.

While out at a party Vera gets a bit tipsy and ends up passing out at Michael’s house. I have to wonder if this was meant to have stronger intonations, such as an assault. Yes, falling asleep in another man’s house is bad, but the way the camera woozily glides through the air, it implies a stronger lack of control on Vera’s part, particularly following Michael’s ominous closing of the door and obvious avoidance of taking her home. Her husband, who conveniently returns home from the war, injured no less, ends up divorcing Vera for her presumed impropriety and taking their child. This movie is 78 years old, so the realization that men usually got sole custody of the children in divorce might be shocking, but it immediately puts you on Vera’s side, moreso since the audience knows she’s innocent.

From there the film heaps more pain and suffering, almost maniacally enjoying it, all leading to Vera’s demoralized, hollow shell of a woman; a once promising opera star brought low by the horrors of man! Okay, maybe it’s not that intense, but the film certainly wants you think that, especially since the first half hour sets up how awful Michael is. 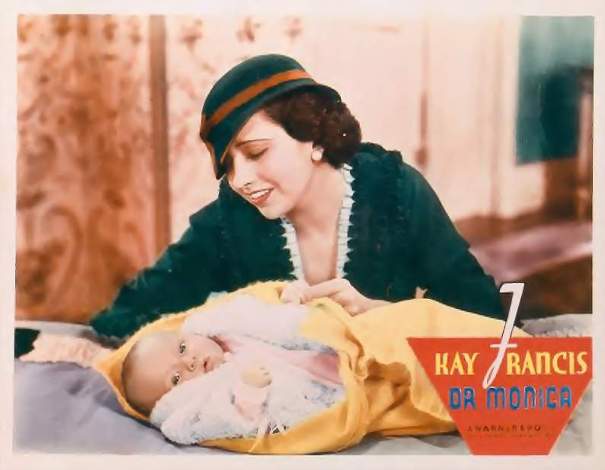 Yes, you might immediately wonder where Kay Francis is, since the film starts and takes up half the time telling the story of young Lisa (Jane Bryan), a promising musician Michael takes a shine to. Going in blind as I did, I was instantly confused and wondered if the wrong film was in the box. We meet Lisa and her friend Hildegarde (Mary Maguire) who actually looks more like Francis than Lisa does. Hildegarde has no problem letting her best friend go off with a stranger and from there the movie does its best at illustrating an illicit relationship within the strict confines of the Production Code. Honestly Bryan comes off rather bland in comparison to the charming Rathbone and the weary Francis; Bryan’s the innocent victim, doing little to work against being seduced. It isn’t until Francis recounts Lisa’s significance that the earlier scenes have any meaning.

Overall, Confession is probably the strongest dramatic work I’ve watched starring Kay Francis. Despite being a singing sensation, this isn’t Francis as her clotheshors-iest, and there isn’t an overabundance of teary-eyed close-ups. The story engages, if you can get past a Berlin filled with English speakers, and the cast is decent. 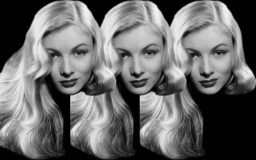