Mickey Rooney was one of the hardest working men in Hollywood; he made 400 movies in a career spanning 89 years! Hollywood’s most popular star during  the 1940s Rooney was a man people described as effortlessly charming and “grosser than he was cute.” A life of bad investments, multiple marriages, and elder abuse ended up leaving Rooney one of Hollywood’s sadder success stories, but there’s no denying his influence on cinema and it’s all recounted in Richard Lertzman and William Birnes’ biography, The Life and Times of Mickey Rooney.

A natural performer by age two, Rooney’s career rise makes the perfect Hollywood story. Raised by a single mother with an absent father, Rooney’s mother Nell propelled her child into the limelight. While a stage mother by definition, Rooney and his mother had a close relationship up until she died, and there’s no denying Nell’s ingenuity at turning her son into a star – right down to dying his hair with shoe polish to secure him a role.

Lertzman and Birnes’ book vacillates between a gossipy potboiler in the vein of Confidential magazine and a serious work of biography. Their interviews are extensive and run the gamut from Rooney’s wives and children, to several interviews with the star himself.

Both authors create something remarkably readable, deconstructing and covering every facet of Rooney’s life, warts and all. There are times where, in spite of a prodigious bibliography, authenticity is questioned.

Sources not only include Rooney’s autobiography and newspaper articles, but the likes of RadarOnline, E.J. Fleming’s controversial “conversations” with Ava Gardner, and Darwin Porter – an author regarded as writing fiction with famous names attached. Porter himself is cited as the one alleging Elizabeth Taylor was having sex underage, and though the authors here don’t judge the material, they never comment on its accuracy, content to report it. With names like those quoted as “sources,” it is hard avoiding the soapy tone of it all.

Thankfully the book corrals the sleaze as much as possible – suffice it to say Rooney’s life was colorful without need for added embellishment. Recounted in the prodigious 500 pages of the book include examinations of Rooney’s multiple marriages – to stars like Ava Gardner and Martha Vickers to Barbara Thomason who was brutally, and mysteriously, murdered – his battles with drugs, his convoluted relationships with his children and, ultimately, his sad life working up until the day he died. 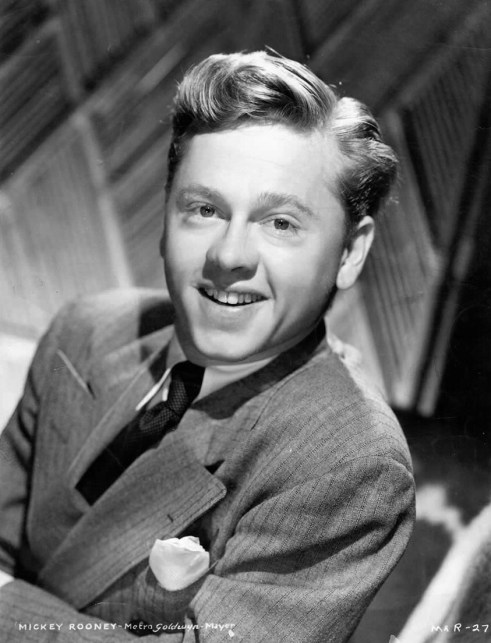 It’s hard escaping the sadness of the book, particularly if you recall, like me, the aftermath of Rooney’s life – his children and wife squabbled over his estate, claims of elder abuse, etc. In the end, Lertzman and Birnes illustrate the truth that Rooney had very few people who knew the real him, if Rooney ever knew himself.

The Life and Times of Mickey Rooney does a good job of combining a greasy expose with a stark and sensitive portrait of a complex man who made America smile in spite of himself.