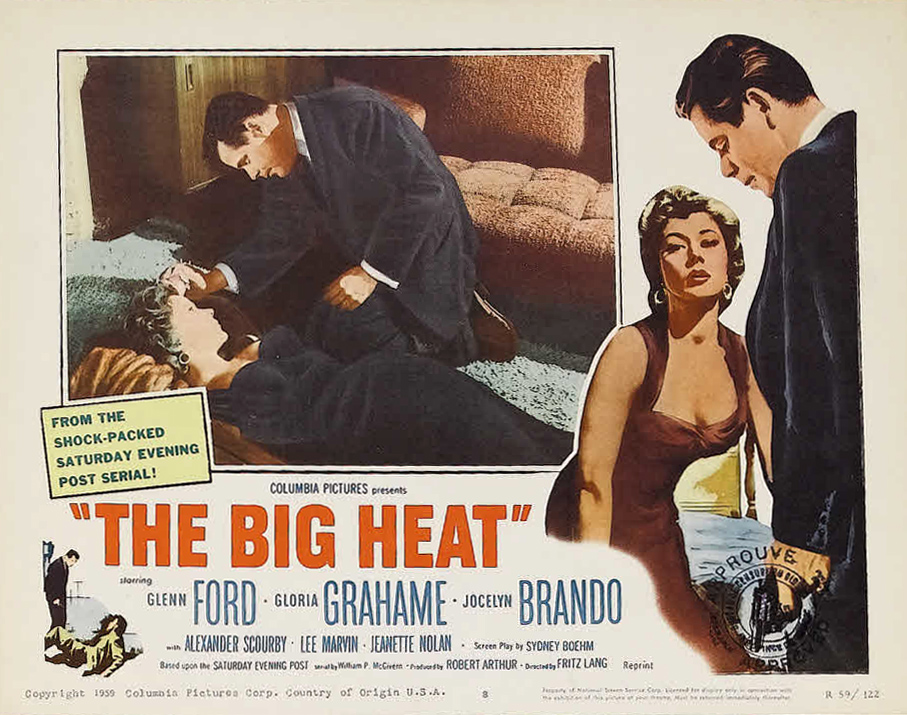 The different breeds of noir can end up creating a dark morass of shadows and fog, with little variety in-between that it’s remarkable that some noirs were able to stand out from the pack at all. Director Fritz Lang was a film noir maestro by the time The Big Heat was released – having helmed M (1931), Scarlet Street (1945) and Clash By Night (1952) already. The Big Heat is easily one of the more nihilistic and gruesome film noirs out there, alongside Criss Cross (1949) with equally bleak and unrelenting performances.

Detective Sergeant Dave Bannion (Ford) is an all-American cop trying to solve the murder of a man tied up with the mob. When Dave suspects the corruption pervades his own workplace his wife ends up dead. Dave, with nothing to lose, goes on a quest to avenge his wife’s murder and take down the Mob, once and for all.

The Big Heat starts on an optimistic and ideal note with Dave Bannion as the Average Joe working from day to day, never truly making waves. His wife, played by Marlon Brando’s older sister, Jocelyn, is content with domesticity and their daughter is so darn cute! Dave isn’t out to be a hero nor is he a typical noir protagonist with a shady past. These scene of quiet domestic bliss hold moments of natural discussion and bubbling sexuality. When Bannion talks about his wife, particularly towards the end, it isn’t filled with hyperbole, but sincere reflection from a man who appreciated what he had. We also get a marriage where sex was probably being had. Katie Bannion describes their child as “a holy terror at night” with Dave responding “That’s how I’d describe you.” Behave, Glenn!

Shades of Sam Peckinpah’s hyper-violent 1971 drama Straw Dogs manifest in the premise of a man who discovers his own simmering core of violence and murder. His wife presumably the only link in the chain holding him to his matrimonial world of safety – even his daughter isn’t entirely reliant on Dave’s help, but of a cadre of protective foster fathers – Dave is content to let loose on the men who took his wife from him.

Dave cuts an unanticipated swath of destruction. He’s a man with nothing to lose and Ford perfectly embodies the all-American man run amuck. Comparisons to his character in Gilda (1946) are immediate, but Dave Bannion is a broken man who becomes far more cynical than his character in Gilda. The rest of the characters are just as flawed, but unlike past noirs where the bad guys are vanquished, the film leaves you wondering if you’ve been rooting for the wrong man all along. Blood and violence remain in the background of Dave’s life, and despite his success at solving his immediate problems, it’s apparent the violence of the city itself awaits.

After we watch a young, innocent woman get blown up, Lang gives us nothing but inky darkness for the next 90-minutes. Gangster’s moll with a heart of brass, Debby Marsh (Gloria Grahame), tries to infuse levity or happiness, but is smothered by the oppressive nature of the world around her. Her attempts to learn more about Dave’s wife are mired in either pain or disinterest, proof that good women have nothing to gain from living in a world of such animosity.

Marilyn Monroe was originally intended to star as Debby, but 20th-Century Fox was unable to pay for her services, allowing Gloria Grahame to immortalize the character. Monroe would have presented a deeper, more complex side that audiences wouldn’t see until Bus Stop (1956), but Grahame has the right blend of sharp edges and soft curves. She acknowledges that running around with gangsters and desiring a world of riches has given her exactly what she deserves – or believes she deserves – but that doesn’t make her an inherently bad person. Her and Bertha Duncan (Jeanette Nolan) may be “sisters under the mink” – a line that just sounds dirty – but one’s mink is a bit cleaner than the others….you know what I mean!

Debby, more so than Dave, is The Big Heat’s true hero. A woman who reclaims her agency and does what Dave can’t do; who ends up touching the sun for a brief moment – she’s a hero – and ends up brutally ripped down to Earth. Suffice it to say Debby ends up on the wrong end of a pot of boiling coffee, in a scene that’ll leave you cringing without showing anything, tarnishing her one item of “worth” and leaving her to discover that beauty is truly skin deep – and is missing along with three layers of dermis, I’m sure. Her swan song sees the camera point at the unmarred side of her face, leaving her an untarnished angel despite the blood on her hands.

It’s definitely darkest, and littered with bodies, before the dawn in The Big Heat. Glenn Ford and Gloria Grahame sell the film, but there’s equally haunting performances from Lee Marvin, Nolan, and Alexander Scourby. Twilight Time’s new Blu-ray release is fantastic and is the best way to discover this nasty little noir. 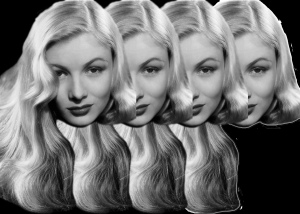