News in a nutshell: You know summer has arrived when the influx of news takes a nosedive. We’ll touch on the continued casting woes of A Star is Born and what’s new on DVD and Blu-ray.

Hollywood’s been attempting to remake A Star is Born for decades. First Diana Ross was going to star as ingenue Vicki Lester, then Whitney Houston (although The Bodyguard practically is ASIB). Beyonce was attached for several years and now it looks like the flavor of the week is Lady Gaga. Gaga would be joining Bradley Cooper in the remake he would be directing. To be honest, Bradley Cooper directing this gives me far more hesitation than Gaga’s casting. I can’t say I’m excited for this at all. The 1954 version starring Judy Garland is one of my favorite films, and I’ve never understood the desire to cast a singer first, actor second. There’s a reason we didn’t hear Britney Spears was in the running for this a few years back. Though Ross and Houston proved they could act, Beyonce was hit or miss and I’ve been unimpressed by all of Gaga’s “acting” which is, essentially, her playing herself. I’m contemplating putting together a Kristen Recasts post on this subject.

Olive Films: Olive is releasing Stanley Kramer’s The Pride and the Passion (1957) on Blu-ray August 16th. 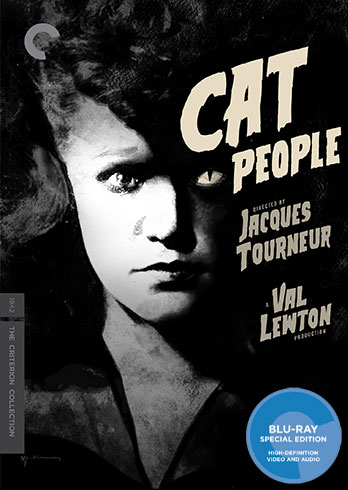 Criterion Collection: Criterion announced their September slate of titles which I’m prepping to buy ASAP. They’ll put out Carol Reed’s Night Train to Munich (1940), Jacques Tourneur’s amazing Cat People (1942) and Mark Robson’s Valley of the Dolls (1967). My birthday happens to be in September if you need gift ideas….just throwing that out there.