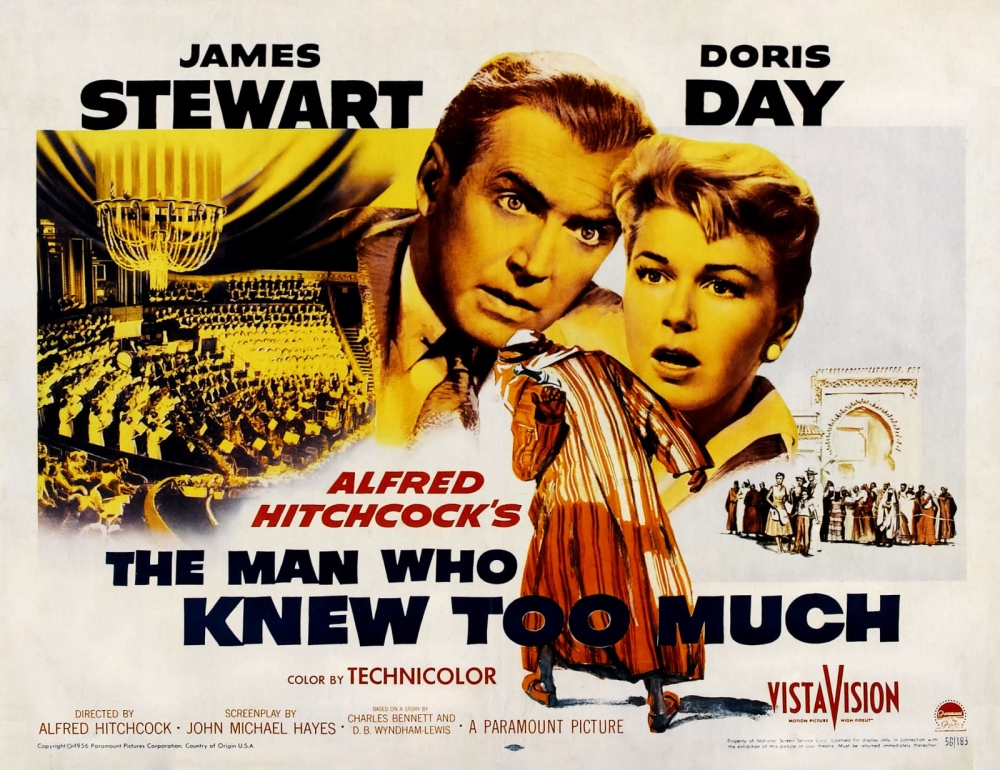 Following the painstakingly tense Shadow of a Doubt (1943) with The Man Who Knew Too Much was always a gamble, especially since things worked together so perfectly in the last film. But the stew Hitchcock crafts for The Man Who Knew Too Much, a remake of his own 1934 drama, ends up being just that – a mishmash of ideas complicated by too many cooks in the kitchen. Both a comedy and drama at times, with a healthy dose of Doris Day, and all that that implies, I’ll presume Hitchcock’s first stab at this, free of pretense, might have fared better.

Ben and Jo McKenna (Jimmy Stewart and Day) are traveling through Marrakesh with their young son, Hank (Christopher Olsen). When the couple witness a man’s death, and Ben is privy to the dying man’s last words, the two are understandably shaken. But someone wants to know what the dead man said and are willing to go so far as to kidnap Hank. What follows is a race against time with Hank’s, and the assassination of a political figure, life hanging in the balance. 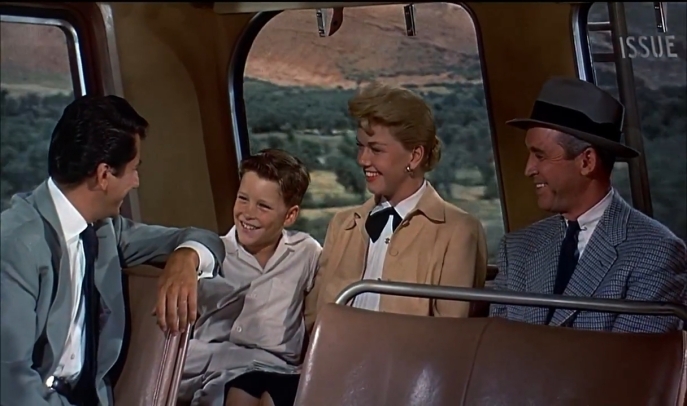 The 1950s started out as a great decade for Hitchcock, with classics like Strangers On a Train (1951), Dial M for Murder and Rear Window (both 1954), and To Catch a Thief (1955) arriving before this; the decade closed with the trifecta of Vertigo (1958), North by Northwest (1959) and Psycho (1960). So maybe it’s unfair to assume every film would be magic – and Hitch had a few lesser features peppering his otherwise successful decade. A personal note: I’m not fond of Hitchcock’s political films. Something about the espionage and pacing comes off cold and formalistic, and that’s ultimately how I felt watching this.

Hitchcock already knew the material, but the bizarre blend of comedy and suspense pulls the audience along only to let go of their hand at crucial junctures. The assassination plot, with some beautiful imagery, takes far too long to pay off, and once the actual attempt takes place, things slow to a crawl as Hitch resolves the kidnapping. Much of the film’s first hour is made up with the lovable all-American family experience culture shock in Morocco; Ben not knowing how to eat naan, really just bread, is one joke that hasn’t aged too well. It’s hard to feel brad for this good-looking family finding trouble in the “dark continent” when they’re so blithely ignorant of basic courtesy, let alone that the process shots – Day refused to fly on-location – are painfully evident, so you lose the proper feeling of hot, clustered crowds you’d assume from a busy metropolis like Marrakesh. 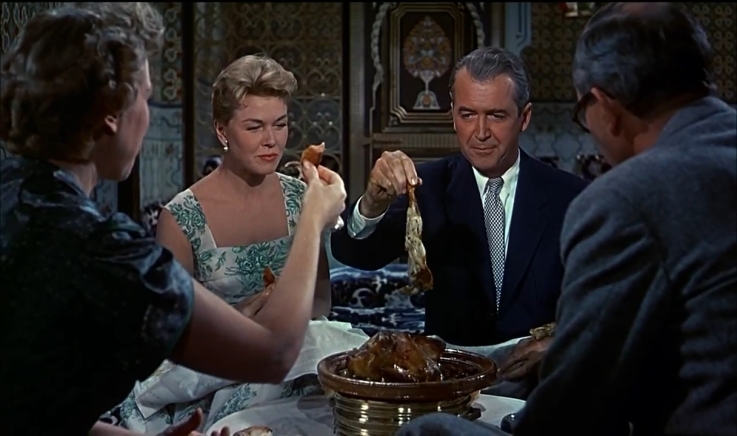 Like a flap of a butterfly’s wings, “a single crash of cymbals” puts the nice McKenna’s on a collision course with political intrigue, and while it takes almost 45-minutes to get there the kidnapping plot is pure Hitchcock. Despite the issues surrounding Doris Day, the script starts by giving her the role of investigator. Jo is the first to suspect Louis Bernard (Daniel Gelin) isn’t who he appears to be, and she has every right to be suspicious. If you’re thinking she’ll be the bloodhound on the hunt for her son, though, you’re sadly mistaken. Stewart, Hitchcock’s muse during this time period, takes center stage as the eponymous “man” who knows too much.

But Ben’s about-face is strange considering he’s so friendly to Louis that Jo comments “You might as well have handed him our passports;” one minute he’s a gullible rube, next he tells Jo not to be insulted by Louis Bernard blowing them off at dinner only to later try to jump up and fight him. Then again, there might have been some slight jabs at race since the McKennas are more than willing to let their son go off with a strange, also white, couple they meet. It’s as if Hitchcock realized the script pages were stuck together and had to come up with an explanation to get Stewart in position to save the day.

Or this may have been Hitchcock’s fear of placing an untested actress in a dramatic power position. Day’s demonstration of her dramatic chops succeeds when the script lets her. When she’s told her son has been kidnapped has her give us a chilling breakdown. Before this, Day was known for making people smile, but here you want to sob with her. She doesn’t fall to her knees, tear her hair and clothes, or evince an over-the-top performance. She’s natural: angry that her husband gave her the information after sedating her, upset and scared. It’s a shame Stewart edges her out to leave her with little more than scream at a crucial moment in the climax. And because Day was under the thumb of husband/manager Marty Melcher while making this, a song was required as a means of allowing him, and Day by extension, to reap the royalties, so the film shoehorns in two renditions of Day’s “Que Sera, Sera.” I love the song, but it’s hard enough justifying one performance of it, let alone two.

There’s little justification for the song, for starters, and the tone as well. Hitchcock was a fan of dry humor, but there are moments of outright comedy that would have made sense had the plot been a taste lighter or the humor drier. Ben going to a taxidermist to seek information ends disastrously with the employees restraining Ben while moving precious stuffed animals for a moment of humor that actively works. But ending the film on a gag works better in a drawing room comedy as opposed to a serious thriller where we’ve watched people be shot and thrown down the stairs; the 1950s representation of the movie-within-a-movie in The Player (1992). The humor’s just too broad, and too light for a director whose humor, up to this point, has been black, not silly.

The Man Who Knew Too Much gives us a game-changing performance by Doris Day, but is too scattershot in its tone to give us suspense. 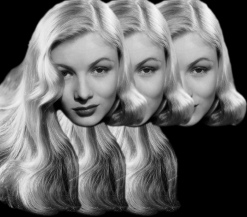