Written as part of the Summer Under the Stars Blogathon

As an actress, Esther Williams films fit into a cookie-cutter mold: Beautiful girl goes to a place, sees musicians play music, and swims in the finale. Directors more flamboyant than others were able to work within this formula to mold story and necessity, and I’d say that’s probably what helps On an Island With You overcome its flaws, and make no mistake, this movie is FLAWED. I’m talking diamond-quality flawed which, in this case, gives the actors and screenwriter the biggest challenge by keeping the film as charming and fun as it is.

While shooting on an island in the South Pacific, a pilot (Peter Lawford) decides to abscond with the film’s leading lady (Williams) in the hopes that she’ll fall in love with him. 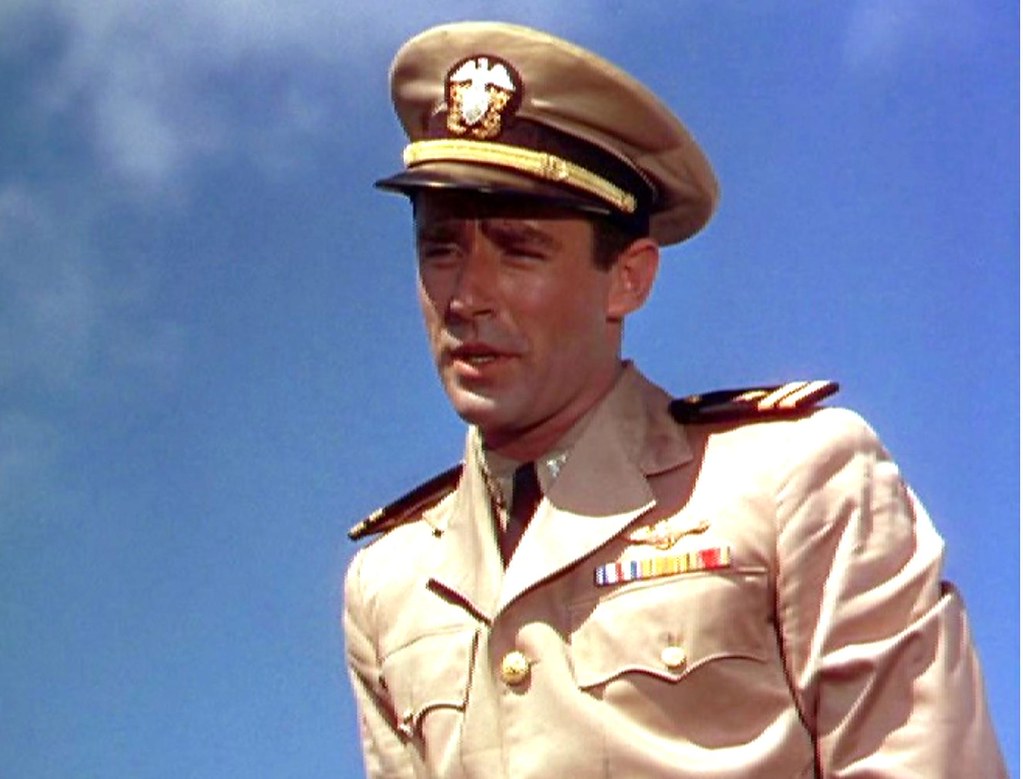 You have all the problems with the film in the premise alone! Modern-day audiences will be terrified at what this film thinks is romantic or charming, with Peter Lawford’s Larry Talbot being one of the creepiest “love interests” in cinema. Lawford is definitely handsome and sweet, but he’s a passive aggressive stalker. He convinces his army buddies to nominate him for the pilot position on-set, disobeys directions and kidnaps a frightened woman, taking her to a deserted island in the middle of nowhere with no one knowing where she is. When our heroine, Rosalind, demands to be returned, Larry tells her only after she’s a “good girl,” with the implication being that his charm will subdue her fears. The smartest one in the bunch is Rosalind’s fiancee, Ricardo (Ricardo Montalban) who, despite everyone’s attempts at placating him, demands someone actually think of poor Rosalind.

Richard Thorpe directed three other Williams pictures (this, Thrill of a Romance (1945), This Time for Keeps and Fiesta (both 1947)). Williams and him had a contentious relationship, but Thorpe understood how to give Williams’ film narrative drive. Despite the ridiculously unlikable love story, the rest of On an Island With You is utter fun. The making of the movie itself is pure Hollywood moviemaking, complete with Williams and Cyd Charisse slathered in enough spray tan to leave them looking like they’re slathered in mud. The characters are clearly defined and with all the necessary exposition succinctly situated the story is allowed to unfold. We learn Ric and Rosalind are in love, yet Larry loves Rosalind and Charisse’s Yvonne loves Ric…and the only one who loves poor Jimmy Durante is Xavier Cugat and his dog, Chita.

The dance and swim numbers are the most beautiful of Williams’ films, albeit lacking in the technical bombast of other films. The island locations appear to be recycles for 1950’s Pagan Love Song, but Thorpe captures them in all their vibrancy, particularly in an Edenic island dream sequence. Cyd Charisse was Williams’ co-star in another film, the aforementioned Fiesta and has a cameo in Easy to Love (1953), and here she plays second banana – that’s really a toss-up because both ladies are utterly gorgeous and equally talented. With Charisse in the film we’re given a few more dance sequences. An enormous tribal dance scene was so labor-intensive that Charisse ended up breaking her leg. The highlight of the film, though, is Charisse’s dock-worker dance with Montalban. How this island-set movie-within-a-movie includes a dock sequence is anyone’s guess, but Montalban is a fantastic partner to Charisse.

Williams and Lawford are fun, but Williams comes off as the idealized prize. She swims and looks great, but the film marginalizes her in favor of the other cast-members. Much of Williams’ storyline sees her isolated with Lawford, and being unable to buy their romance ruins the sustainability of their sequences. Lawford is so stinkin’ cute, but he truly believes he doesn’t just love Rosalind, but that she owes him her love after bestowing a kiss on him during a USO show (something Williams actually did). It’s akin to a someone saying, “I’m a really nice guy and you led me on, so you should date me.” Since the audience is and would be aware of these USO gimmicks, it only makes Larry’s request all the weirder. 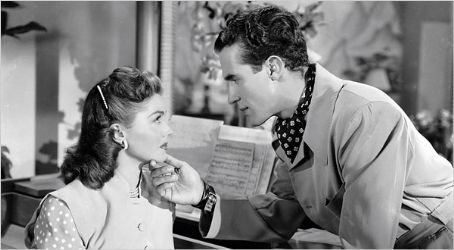 However, I can’t say that I don’t love On an Island With You. The set pieces, music, and Williams panache are just so compelling, and it’s a testament to the power of Williams’ films as wish fulfillment. On an Island With You’s never going to look progressive, but it looks good!