It’s a brand new year and let’s hope it isn’t filled with death and depression like 2016. One thing we can all rely on to get us through the new year is the cinematic joys of TCM. January is chock full of feature films, so many we’re back at twelve! Feel free to share what you’re watching in this month in the comments.

**Note: All times are listed as Eastern. TCM can change the schedule at their discretion**

We’re not going to waste time. Out of Season (1975) nabs a spot on this list for the primary reason you love reading my site in the first place: my unabashed love for all things Cliff Robertson. Okay, Robertson’s name helped but the film also starts the amazing Vanessa Redgrave and Susan George as a mother and daughter vying for Robertson’s affections.I didn’t know of this film’s existence till it appeared on the TCM guide, though that’s not surprising; there are several Cliff Robertson films I’ve yet to see. Redgrave’s had quite the career and I’m interested in seeing more of her early work as well. Out of Season airs at 2am on January 7th.

My boss nearly fell over when I told him I’d never watched any of the Crosby/Hope/Lamour “Road” pictures. He never said it, but I think my job is dependent on watching one of these. Road to Singapore (1940) sees Crosby and Hope enjoy the splendors of the South Seas as they sing, dance and con. I’m anticipating Hope fourth-wall breaks, Crosby as the smooth crooner and Lamour as the feisty sarong-wearer. Did I pick the right “Road” to start with? Road to Singapore is part of a night of Road pictures on January 7th at 8pm. 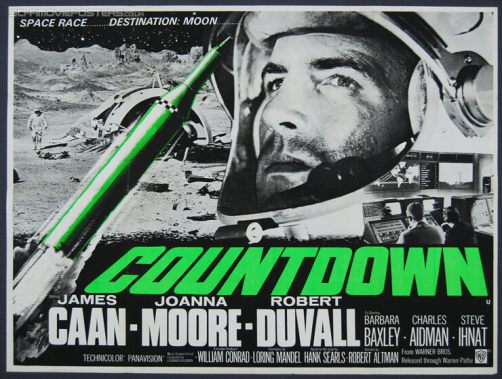 TCM’s unofficially made about space based on how many galactic-influenced thrillers they’re airing this month. The one I settled on is 1968’s Countdown starring James Caan and Robert Duvall. Caan plays an astronaut on a one-way voyage to the moon and that’s all I know. (TCM’s guide gets right to the point.) The entire conceit sounds like something from The Twilight Zone, ironic since Duvall is in this and was once on Zone. Caan cultivated a body of futuristic thrillers that make up in entertainment what they probably lack in logic. Start the Countdown on January 11th at 3:45pm.

In October I experienced the “Carry On” films for the first time with 1966’s Carry On Screaming. It was a fun spoof of classic monster movies and I’ve been looking to watch a few others in the long-running comedic series. Carry On Cleo (1965) pokes fun at 1950/60s epics, most prominently Fox’s Cleopatra (1963). Carry On Screaming was filled with broad gags, unveiled double entendres and cleavage. I’m expecting Carry On Cleo to have much of the same, just with lots of lounging couches. Carry On Cleo airs during a night devoted to the titular Egyptian Queen on January 14th at 2:30am.

I thought for sure It Happened in Brooklyn (1947) appeared on a previous list but according to my Word doc it hasn’t. Maybe I thought it had because we’re already seen Frank Sinatra star opposite Kathryn Grayson in Anchors Aweigh (1945). It Happened in Brooklyn stars Sinatra as a returning GI trying to hit the right notes to gain a music career. It also stars a few Esther Williams costars, Jimmy Durante and that consummate Englishman, Peter Lawford. Please tell me Peter Lawford’s gonna fail miserably at having a Brooklyn accent…or just not attempt one at all? It Happened in Brooklyn happens on January 15th at 10am. 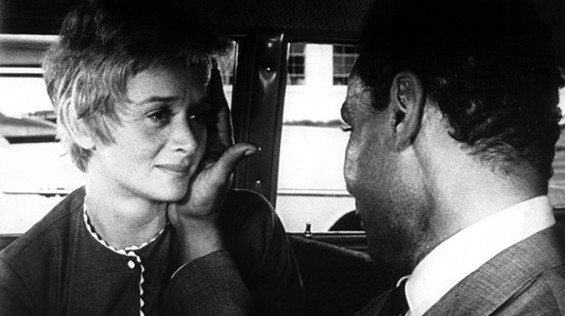 One Potato, Two Potato (1964) played twice during the TCM Classic Film Festival last year and I stupidly made the decision, both times, to do something else. I say stupidly because A) it received rave reviews from the few able to make it into both screenings and B) it’s currently unavailable on DVD. The story tells of an interracial romance between a white woman and a black man, and how said relationship threatens the custody of the woman’s daughter. In a time of racial strife, this sounds as important today as it was in ’64. One Potato, Two Potato airs during an evening devoted to Civil Rights stories on January 17th at 1:15am. 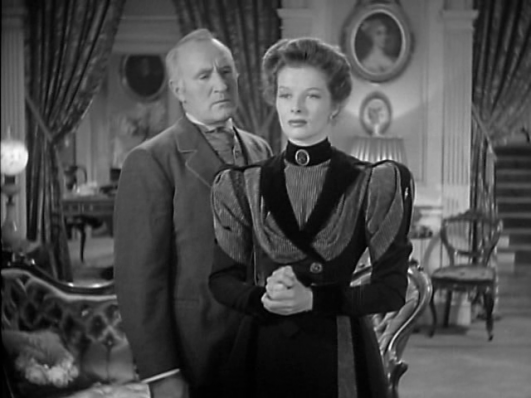 It’s amazing how I can still be surprised to discover films starring legends that I haven’t heard of. Katharine Hepburn’s led the way in both light comedy and stirring dramas, so why haven’t I heard of A Woman Rebels (1936). Hepburn stars as a Victorian feminist with a child born out of wedlock. That sounds pretty scandalous for a film post-Code. If anyone can play a crusading Victorian feminist it’s Hepburn, which is more than enough to get my attention. You can watch Hepburn star as A Woman Rebels on January 19th at 8:45am. 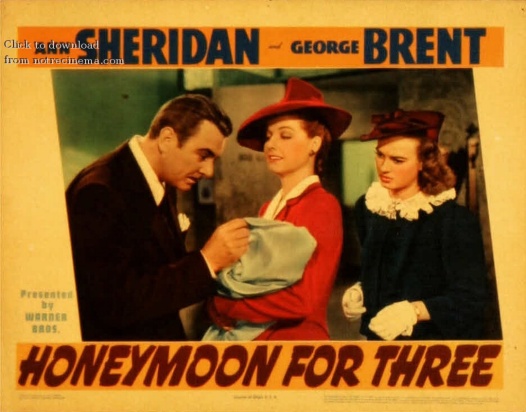 I’m a soft touch for wacky marriage movies. Two characters who, through a series of machinations, are either married by accident or have to pretend to be in domestic bliss always capture my attention. Honeymoon for Three (1941) looks to follow the latter formula with George Brent as a novelist who pretends to be married to his secretary (Ann Sheridan) to keep his fans under control. I’m not sure how the logic works there, but I’m eager to find out. Sheridan hasn’t dazzled me with her acting despite being labeled as the “Omph Girl,” but I enjoy Brent when he’s being the light Lothario. You can make it a Honeymoon for Three on January 20th at 10:30am.

Beyond a Reasonable Doubt (1956) was another film I thought appeared on a previous list. Dana Andrews, like Katharine Hepburn is a chameleon, playing in both romantic dramas, comedy and thrillers. Here he plays a novelist who frames himself to show how circumstantial evidence is, well, circumstantial. Okay, the plot sounds like it would easily undo itself on an episode of Law & Order, but you can’t beat the pairing of Andrews and Joan Fontaine. Beyond a Reasonable Doubt airs January 22nd during an evening devoted to Dana Andrews at 1:15am.

I can’t really say what enticed me to add They Were Sisters (1945) this month. There’s nothing better than a man with a smooth voice, and one of the classic era’s best is James Mason, the film’s star. He anchors this story of three sisters suffering a variety of marital problems. I’m a fan of soapy melodramas, so that looks to be another reason this pops up on the list. Find out why They Were Sisters on January 23rd at 10pm during an evening devoted to the films of James Mason. 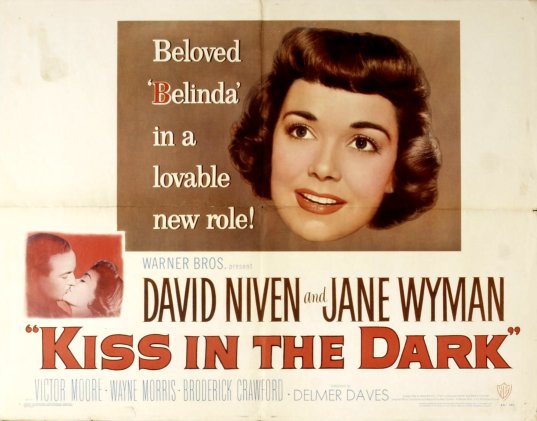 Actress Jane Wyman is TCM’s Star of the Month and I’ll confess I’m not too keen on her acting. She tended to play “everywomen” and I’ve always found her too plain to really enjoy. But maybe I’m just watching the wrong movies? Kiss in the Dark (1949) stars Wyman and my favorite, David Niven. Niven plays a concert pianist who comes into owning an apartment with a bunch of crazies. Ordinarily I’d assume this is a horror film but it’s a comedy. Niven’s always fun as an uptight neurotic and Wyman is described as “perky” on the TCM guide. You can snag a Kiss in the Dark on January 27th at 8:15am.

My main reason for putting Coma (1978) on this list: Genevieve Bujold. Seriously, I’ve adored Bujold since she was Anne Boleyn in Anne of the Thousand Days (1969) and I’ll give anything she stars in a watch. I made time to see Earthquake (1974) at the TCM Film Festival because she was in it! Coma stars her and Michael Douglas as doctors trying to figure out why people are mysterious dying and bodies are disappearing. The film’s also directed a guy named Michael Crichton, maybe you’ve heard of him? Coma airs January 29th at 4:30am.

La La Land director Damien Chazelle is the TCM Guest Progammer on the 18th, and he’ll be taking you on a journey just as lyrical as his film. First, Catherine Deneuve is a pregnant woman pining for love in The Umbrellas of Cherbourg (1964) at 10pm. Then, Judy Garland and Margaret O’Brien learn and love in Meet Me in St. Louis (1944) at midnight. And finally, Charlie Chaplin tries to gain the love of a blind flower seller in City Lights (1931) at 2am.