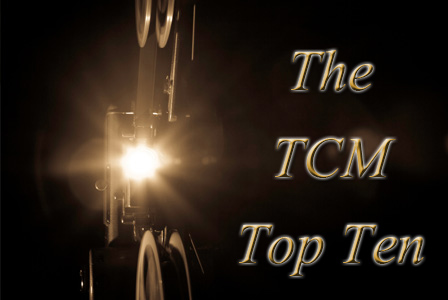 My TCM consumption will be on overdrive this month as I wing my way down to L.A. for the TCM Classic Film Festival. However, that’s no reason not to watch TCM before and after my return. Or, if you can’t attend, you can get a small slice of the festival through the programming. Let me know what films you think I should take in this month in the comments.

**All times listed as Eastern. TCM can change the schedule at their discretion.** 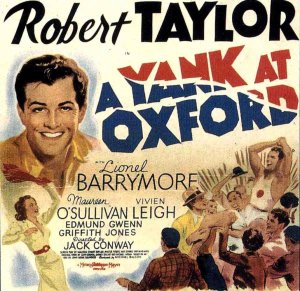 Though I did a whole Fridays With… series on Robert Taylor, I don’t think I watched the right movies to have a grasp on him as an actor. The man was a jack of all trades based on his filmic ouput from what I can gather. A Yank at Oxford (1938) sees Taylor as the titular Yank who travels acclaimed British institute. I’m assuming culture shock with those wacky Americans coming up against the snooty British? Be sure to look for a young Vivien Leigh here. The film’s also helmed by Jack Conway whose helmed such hits as Libeled Lady (1936) and Love Crazy (1941). You can watch A Yank at Oxford on April 2nd at 6:15am. 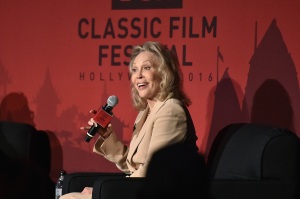 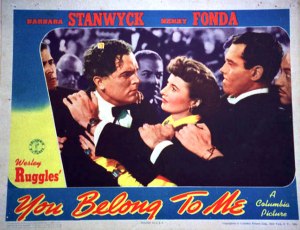 No one told me Barbara Stanwyck and Henry Fonda made another movie the same year they starred in The Lady Eve (1941) together! You Belong to Me (1941) doesn’t sound as zany as their other film, but you can’t go wrong with these two. Stanwyck plays a doctor whose husband (Fonda) gets uppity about her treating men. Okay, so the premise and the title aren’t exactly in line with the 21st-century but did I mention you can’t go wrong with Fonda and Stanwyck? You Belong to Me airs April 7th at 3:30am. 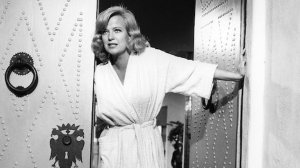 You guys know I’m a sucker for seedy Hollywood cautionary tales (see any of my Biopic Theater articles or my review of Inside Daisy Clover [1965]). The Goddess (1958) has quite a pedigree: written by the acclaimed Paddy Chayefsky and inspired by the story of Marilyn Monroe directed by John Cromwell. The film stars Kim Stanley as the eponymous “goddess” and you already had me at the title! I’m sure this will be a basic retelling of the “perils of Hollywood” motif, but I’m in for it. The Goddess airs April 7th at 6pm. 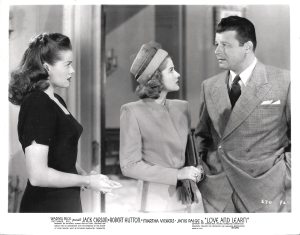 Like with The Goddess and its story, Love and Learn (1947) gets on this list for its cast, specifically Martha Vickers. I’ve been interested in Vickers since she played the coy Carmen in The Big Sleep (1946) and she’s magnetic. It’s frustrating that her career never took off. Love and Learn sees Vickers as an heiress helping two songwriters get their big break. (Said songwriters are played by Jack Carson and Robert Hutton.) I expect this to be a sweet and daffy comedy. You can Love and Learn on April 10th at 3:30pm. 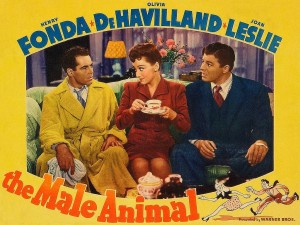 TCM’s Star of the Month may be character actors, but the star of this month’s TCM Top 10 looks to be Henry Fonda. His second appearance here is opposite the lovely Livvie De Havilland in The Male Animal (1942). Fonda moves from being a playboy to being a college professor having to stop his students’ advancing on his wife. Fonda certainly thrived on playing men who build walls around their women. You can’t go wrong with Fonda or De Havilland, for that matter. Meet The Male Animal on April 12th at 4am. 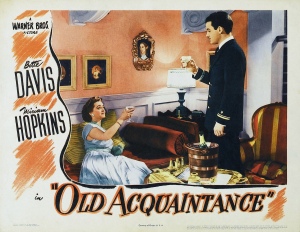 Speaking of dynamic duos, you might have heard of Ryan Murphy’s show Feud: Bette and Joan? Well, I maintain Murphy missed out on depicting the real feud – Feud: Bette and Miriam. Bette Davis and Miriam Hopkins HATED each other, with good reason, and yet they were paired up not once, but twice! Old Acquaintance (1943) was their second and last picture together. The film sees the duo as writers squabbling over their books and lives. Yeah, sounds like art imitates life. Catch up with an Old Acquaintance on April 14th at 6am.

You have to love when TCM gets creative with their themes. Night of the Lepus (1972) is in the vein of “irradiated creature” features like Them! (1954) and Beginning of the End (1957). Here, though, the ravenous horde unleashed are….rabbits. The film also stars Janet Leigh and Rory Calhoun; yes, THAT Janet Leigh and Rory Calhoun. This is one of the biggest cult classics from what I’ve gathered and I can’t wait to celebrate Easter with it. Drop in on the Night of the Lepus on April 15th during an evening devoted to Easter bunnies at 11:30pm. 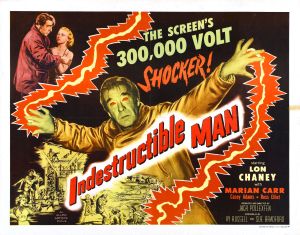 I can’t say I have much experience with the work of Lon Chaney, Jr., son of the legendary horror actor. Indestructible Man (1956) isn’t considered one of Chaney’s better features, but it sure sounds fun. Chaney, Jr. plays an executed criminal who doesn’t quite die and seeks revenge on those who wronged him. I’m assuming by the end he’ll prove the title false? Meet Indestructible Man at 9am on April 19th. 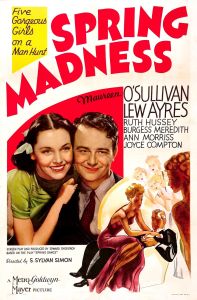 Spring Madness (1938) is another feature I selected purely for its cast. I remember enjoying Lew Ayres a lot in Holiday (1938) and have been interested in catching some of his other movies. This is a collegiate romance with Ayres starring opposite Maureen O’Sullivan. I’m not expecting much from this one outside of cute romance. Spring Madness airs April 28th at 6am. 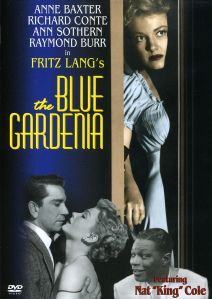 Trouble’s on the horizon on April 2nd starting with this week’s Noir Alley feature, The Blue Gardenia (1953) at 10am. Then, Jimmy Stewart is a reporter looking into a murder case in Call Northside 777 (1948) at noon. And later, Deborah Kerr thinks there’s something wrong with the children in The Innocents (1961) at 2:15pm.