When I started reading Stephen Michael Shearer’s biography, Beautiful, on actress Hedy Lamarr I had no idea a documentary about the raven-haired starlet was being produced. Bombshell: The Life of Hedy Lamarr recently premiered at the Tribeca Film Festival to great reviews and I can’t wait to learn even more about the woman oft-considered the most beautiful actress to ever grace a movie screen. If you can’t wait until then there’s no better time to read Shearer’s book, itself a loving and respectful tribute to a woman whose mental capacity surpassed her face, and yet it was the loss of her famous looks that led to the flame-out of a career that could have been better.

Born Hedwig Eva Maria Kiesler in Vienna, Hedy Lamarr lived a charmed life. She grew up wealthy, the apple of her parents eye with everything her heart desired. Stephen Shearer doesn’t present the story of a poor little rich girl who used fame to find attention from the masses. Acting was just something a young Hedwig enjoyed doing. A marriage to a man obsessed with her shows the horrors of possessing a rare beauty but it opened the door to Hedy becoming an actress – in many ways some of Hedy’s worst moments allowed her opportunities at fame, or at least wider recognition. Case in point, her debut in the film Ecstasy (1933), infamous for presenting Lamarr in the buff. Similar to another bombshell, Marilyn Monroe, Lamarr was feared to be a liability for having done the film, and she’d later distance herself from it by saying she was an unwilling pawn. Without condemning her Shearer situates the actress as doing what she need to in order to keep her career thriving. 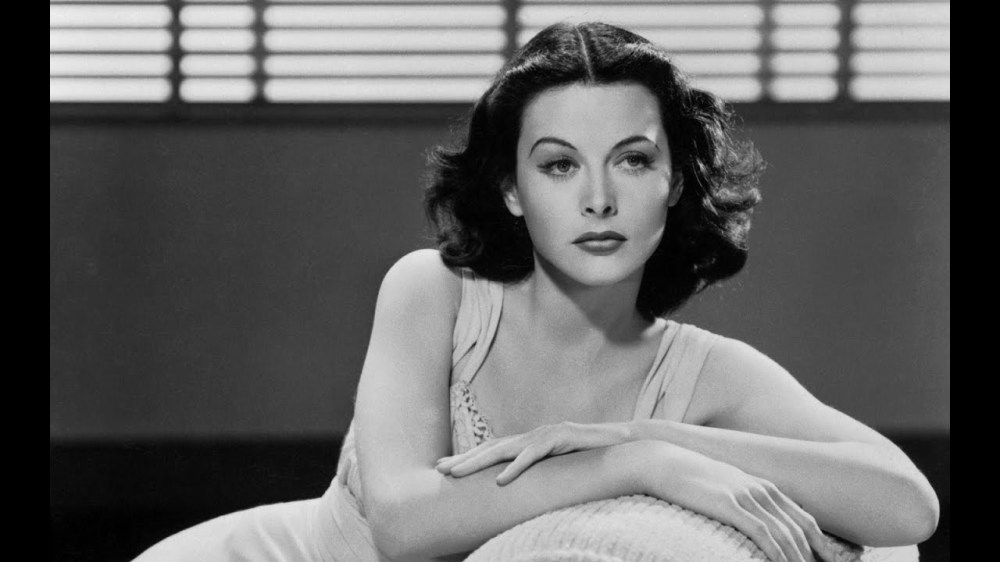 Regardless, Louis B. Mayer was never quite sure what do with her. What’s fascinating about Lamarr is that she was touted as the most exquisite woman captured on film, yet Hollywood was complete unable to put her in projects of merit, though that’s not to say the films she did weren’t worthwhile. It’s like the actress knowing her name had been changed, but was unable to spell it. Films like Ziegfeld Girl (1941) gave her an opportunity to act, but that didn’t stop Mayer from constantly putting her in roles where she was the exotic foreigner in works like White Cargo (1942) and Lady of the Tropics (1939). It’s frustrating and laughable to hear the films Mayer refused to loan Lamarr out for including roles in Gaslight (1944) and Casablanca (1942) that eventually went to a different foreign actress, Ingrid Bergman. There were also just as many movies slated to be written for Lamarr that never came to fruition as there were films she didn’t star in. The studio system was one where, even though loaning Lamarr out would have netted the studio a nice chunk of change, oftentimes stars were kept from making quality projects due to executive fickleness.

Unlike other biographies Shearer capably balances Lamarr the actress with Hedy Kiesler, the woman. A large swath of the book looks at Lamarr’s multiple marriages and relationships with her children. It’s the latter elements that are fascinating, if only because biographies tend to shy away from or lack proper information on the subject’s relationship with their children. Lamarr’s three children had wildly different relationships with her. Her oldest son, John, was sent away at a young age and was raised without his mother around for years, reminiscent of Veronica Lake. Her other two children, though, had a close relationship with their. Either way, it’s great to hear that all three of her children went on to live remarkable lives and are relatively close with each other.

Lamarr’s biggest claim to fame wasn’t actually her film work. The actress had a brilliant mind and with the help of a male companion she submitted several patents to the U.S. government during wartime, including radar and wireless communication technology we know use in our cell phones and internet. Lamarr was never compensated for her patents and was never told they were being implemented worldwide outside of combat. In recent year she’s gotten her due posthumously, so without Hedy Lamarr you wouldn’t be reading this review on your iPhone (I’m assuming).

Beautiful: The Life of Hedy Lamarr is a treasure trove of information for people wanting to learn more about a beauty, both inside and out. Lovely, sweet, tragic, intelligent and flawed, Hedy Lamarr suffered some serious lows but author Stephen Michael Shearer never judges her for it. His book is a celebration of her life and career that plainly states the facts of a magnificent life.

4 thoughts on “Beautiful: The Life of Hedy Lamarr” Leave a comment ›