It’s remarkable to believe that it wasn’t until the 1940s that an actress could also moonlight as a director. But Ida Lupino did, becoming the first female to direct a film noir and a leading figure in the move for female filmmakers. What’s frustrating now, in the year of her centennial, is that many of Ida’s best known directorial efforts aren’t easily available for people to enjoy. (Just saying, give YouTube a search!) Having spent the last month watching as much of her filmography as I could I thought it’d be worthwhile to share the ten features I think you should seek out if you want to learn more about the brilliance that is Ida Lupino.

I could have limited my list just to Ida’s film work but I think that would eliminate one of her best directing gigs! “The Masks” boasts the distinction of being the only episode of The Twilight Zone directed by a woman. And as if Ida wasn’t already breaking barriers, she’s the only director of an episode to star in a separate episode of the series (her installment, “The Sixteen-Millimeter Shrine” almost made this). Ida deftly handles this story of a group of greedy relatives desperate for the family patriarch to kick the bucket. His one request: they must wear masks until midnight. Suffice it to say, the masks leave them with a bit of a problem. Ida certainly picks a great episode to direct as this would easily be in my top ten Twilight Zone episodes of all time!

Hollywood had dabbled with movies about sexual assault before, most prominently in the Miriam Hopkins pre-Code The Story of Temple Drake (1933), but the aftermath of rape and its resultant trauma had never been discussed with such nuance and emotion as it is in this 1950 film. Ida Lupino directed this story of a young woman with everything going for her (played by Lupino’s good friend Mala Powers) whose life is changed when she’s raped walking home. For 1950 this movie had to be shocking, but it’s even sadder to watch in 2018 when the notion of rape culture is still acutely relevant. Our heroine, Ann, has to deal with family members who think the stigma is affecting them, and her boyfriend just wants her to get over it. The film never seeks to blame Ann for what happened to it, but instead critiques the society that doesn’t understand how to be sympathetic to it. And watch the attack itself, where Ann is walking down a foggy street as her attacker, a local food server, starts to follow her. If you didn’t know any better you’d think this was the beginning of a film noir. It’s an outrage that Outrage isn’t on DVD for everyone to be awed by.

The second of two movies Lupino starred in with Robert Ryan, Beware, My Lovely has the two playing as equals in this drama/horror feature that has all the elements of a play. Lupino plays a war widow who hires a handyman to do some work while her border goes on vacation. What happens in the film’s taut 77-minutes is a glimpse into the scarred mind of a man who doesn’t fully know what he’s capable of. Lupino is no wilting flower and actively attempts to find logical ways to get Ryan’s character out of her life. And much like Outrage, it’s terrifying to watch today, especially with its male protagonist who thinks he’s going to become the new man of the house, whether Lupino’s character likes it or not.

This isn’t necessarily a film drawn on the power of Ida herself, but you can’t go wrong with a trio of cast members that includes Lupino, Errol Flynn and Eleanor Parker. I mean, have you seen a trio of more beautiful people? Flynn and Ida are in their Tyrolean best as performers attempting to get a misunderstanding squared away for Flynn’s brother (played by Gig Young). The film has a serious of love triangles with Flynn, Lupino and Parker at the center of things. Lupino started her career playing the second banana and though I never fully bought she wasn’t the consolation prize – her baby dies so she can’t exactly end up alone! – this is a solid three-hankey weepie.

If you’ve read the site from the beginning you know a subgenre I enjoy involves the housing shortage during WWII. Pillow to Post is similar in that Ida’s Jean is tasked with taking over her father’s oil well business. Desperate to make a sale she travels to a town where the only housing available is for married couples. Needing a groom fast Jean enlists the help of Lieutenant Don Mallory (William Prince, aka discount Henry Fonda) and love ensues. Ida’s career didn’t have many out-and-out comedies and here she is hilarious. A scene where she’s drunk will leave you buying her shtick and laughing. And because Ida was known for playing progressive dames, the film opens with Jean asking why her father won’t turn the business over to her. His response, “that’s not the way it’s done.” Loosely based on the life of Lela and Ginger Rogers, The Hard Way could be considered an early version of Mildred Pierce (1945). Ida plays Helen Chernin, a woman who will do anything to help her little sister Kate (Joan Leslie) achieve her dreams of stardom. The typical “momager” moments soon happen, with Kate feeling smothered by Helen. I’m a sucker for “star is born” movies and Ida is on top of her game. It’s almost sad watching her opposite Dennis Morgan and Jack Carson because they’re no match for her.

Ladies in Retirement is a prim and proper tale of murder. I called it a female version of Arsenic and Old Lace (1944) if it wasn’t funny. Ida plays devoted maid Ellen Creed who finds out her two mentally disturbed sisters (one of whom is Elsa Lanchester) have been booted from their home. Unwilling to let them be separated, Ellen decides to let them stay with her and her employer. But when her boss wants the women booted Ellen is left to resort to devious means. What makes the film unique is how sympathetic everyone is. You understand why her employer can’t take anymore from these obviously mentally ill people. Yet, conversely, you see the love Ellen has for her sisters, and how she fears for the worse situation that awaits them if they’re split up. By the end characters are left to make decisions that do up the stakes and produce suspense, but it comes at everyone’s relationship.

I did a full review on Out of the Fog so I’ll refer you to that for the most part. In sum, this is probably my favorite of the Lupino films I saw this month. John Garfield is just gorgeous (and rocks the hell out of a coat). Ida thrived on playing women who want more out of life, and by the end of Out of the Fog you’ll want her to throw everything away and go to Cuba with Garfield. 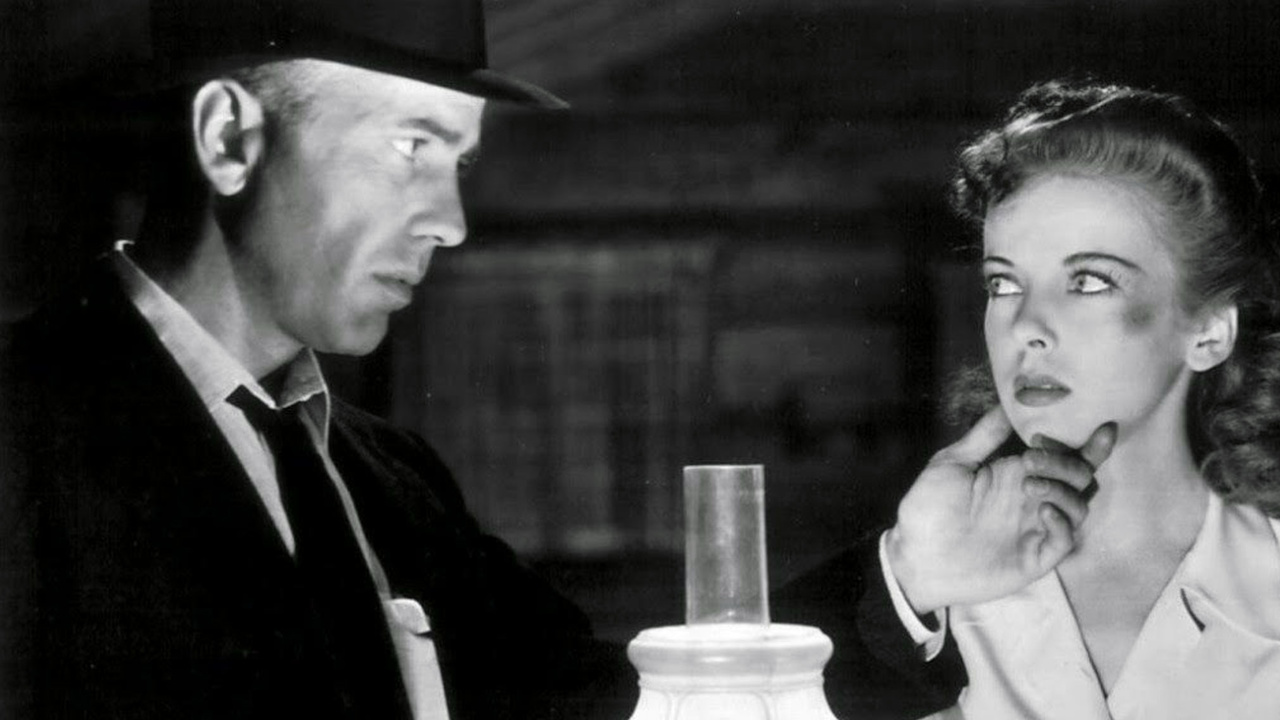 You might be surprised to know High Sierra isn’t necessarily a John Huston film. Sure, he wrote the feature but he didn’t direct it (that honor went to Ida’s long-time director Raoul Walsh). Regardless of where Huston is the film feels like it’s all his. Humphrey Bogart and Ida are wonderful despite the fact that they didn’t like each other. And for all the film’s hard-boiled elements the two’s relationship is all about domesticity and making a home with each other.

The film that changed the trajectory of Ida’s career. They Drive By Night involves truckers – I know, not the most exciting beginning – but from there it becomes a twisted tale of love, obsession, and the American Dream. Ida goes from typical femme fatale to tragic heroine struck down by love. And they didn’t call Ann Sheridan the “Oomph Girl” for nothing!