I say this a lot on the site, but how are we already in April? I’m not complaining because April is known in my house as “TCMFF MONTH!” (Yes, said in all caps with several more exclamation points.) This will be my fifth year covering the festival and I always remain just as humbled and excited to go as ever. I’ve said this as well but I never started the site with intentions of covering TCMFF. In fact, this is the first year my blog IS the outlet for my coverage – usually I piggyback off a bigger outlet. There’s something about watching a movie in a theater surrounded by people who just understand that’s indescribable. Included below is my highly tentative schedule. Feel free to seek me out and say hi! We’ll see you in Hollywood! 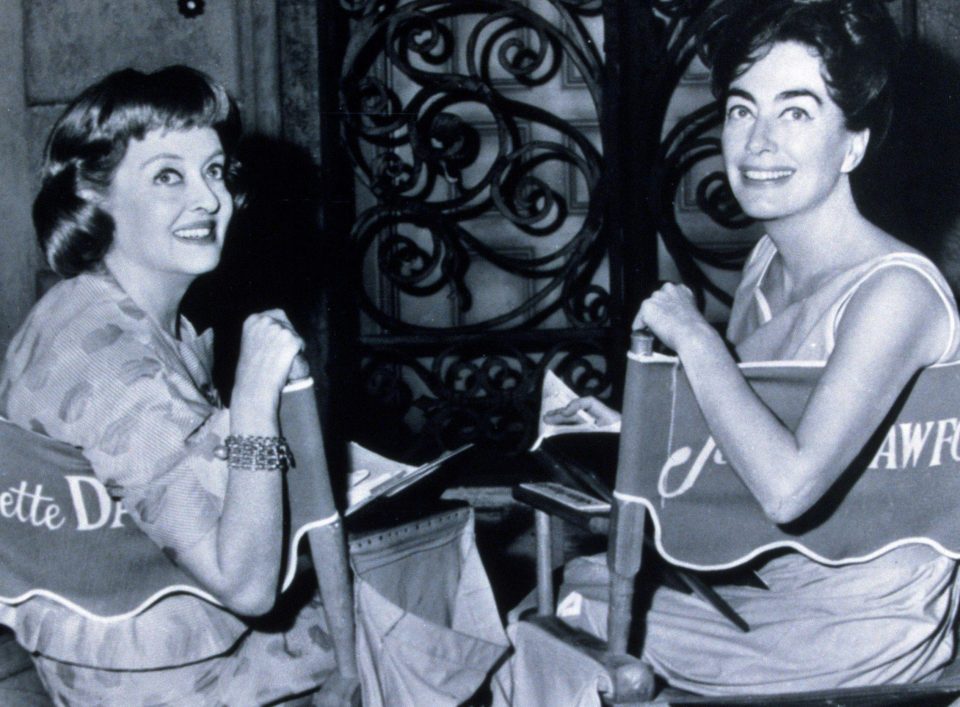 As usual the festival starts for me before the Thursday kick-off. I’m hoping to stop by and say hi to the fine folks from the Going to TCM Film Festival Facebook group. I’m fortunate to attend the TCM Backlot costume panel looking at fashions worn by Bette Davis and Joan Crawford hosted by Deborah Nadoolman Landis. After that it’ll be an evening of hanging out with TCM employees and friends as part of a social media mixer. I always say I’m gonna be out late, but this is usually when I try to get to sleep at a decent hour considering how I’ll be running non-stop from dawn to dusk over the next four days.

Thursday is the day I plan a lot but end up doing about half. I’ve aimed for ambition this year but plan to condense. There’s a dearth of opening day panels this fest compared to years past, so I’m open until red carpet in the evening. Fingers crossed I’ll rock the red carpet again this year as TCM honors Mel Brooks and The Producers (1967). Wonder if I’ll get a chance to ask Brooks about that time we sort of shared a bathroom? (It’s a funny story, ask me about it sometime.) If I can make it out of the red carpet morass with ease – always tricky – I can either make my way up to the Chinese Multiplex to see the 1934 pre-Code Finishing School or head back to the hotel for a poolside screening of Them! (1964). Finishing School is my preferred film, but there’s a chance it could be a Sunday TBA. Finishing School would also mean an easier walk (or none at all) to my next film. Them! would get my poolside screening out of the way and I tend to have the best experience at these films. After that I’m hoping to get down to the Egyptian for a presentation of Stage Door (1937) in nitrate. If that looks too daunting I’ll stick around the Multiplex for restoration of The Sea Wolf (1941) starring my girl Ida Lupino.

Friday is nothing short of chaotic as I get up bright and early to catch Ernst Lubitsch’s 1934 The Merry Widow. From there it’ll be back at the Roosevelt to see my first panel of the festival, Mickey at 90. Sorry, folks, but you know I can’t pass up anything Disney related. And, really, there’s a good possibility I’ll skip Merry Widow to stake out a good seat at Club TCM. There’s always a day at the fest where I camp out at Club TCM for a coveted panel, and this year’s is a doozy! I’ve waited 3-4 hours at Club TCM for the likes of Shirley MacLaine and Elliot Gould, this year I’m doing it for James Ivory. Call Me By Your Name is one of my favorite movies so it’s my duty to sit and watch Ivory talk about his amazing career and if I end up skipping Ivory’s film screening (which would pain me) at least I’d have this. After that I’m headed over to a 3-D screening of Creature From the Black Lagoon (1954) or, if I get shut out, I Take This Woman (1931) – one year I’ll get to a Carole Lombard film! And no matter what, I WILL be at Leave Her to Heaven (1945) at the Egyptian.

Saturday looks like another early morning. I’m not particularly dead-set on any of the films but I’ll either be at Love Finds Andy Hardy (1938) or A Letter to Three Wives (1949). Either one will make it easy for me to get to my next screening, which is either This Thing Called Love (1940) or Bullitt (1968). I love Bullitt and it’d be great to see Jacqueline Bissett in person, but can one ever go wrong with a 1940 sex comedy introduced by Illeana Douglas? The afternoon is where I make my “Sophie’s choice.” I told everyone I was planning my schedule around James Ivory’s Maurice (1987). Then I found out TCM was doing a panel called Invisible History, looking at the history of women in animation. Why would this cause me to change my entire schedule? Because the guests include former Pixar director Brenda Champan and several animators who worked on my absolute favorite Disney movie, The Little Mermaid (1989). Movie by someone I respect or a group of women who created the movie that defines my childhood? If time permits I’m heading back to the Egyptian for Girls About Town (1931), though I’m inclined to think this could be a TBA, or at least I’m hoping because I’m flying back to the Roosevelt pool for a screening of Where the Boys Are (1960). If that doesn’t work out I’m all for seeing Heaven Can Wait (1978), especially since it’s being introduced by Buck Henry and Dyan Cannon. If I’m still coherent by then I’m finally, honest, really going to attend a midnight screening. This year’s is Night of the Living Dead (1968) introduced by the awesome Edgar Wright. Suffice it to say if I don’t go my mother will kill me since she loves both NofLD AND Edgar Wright.

Sunday revolves around TBAs so my schedule is pretty loose. I’m open to seeing Woman of the Year (1942) in the morning, if only because Keith Carradine is introducing it. Midsummer Night’s Dream (1935) is also an option but nothing is outright calling me. From there I’m hitting the Growing Up Mankiewicz panel – did you expect me to be anywhere else? After that I can decide between Silk Stockings (1967) or Hamlet (1948). Hamlet is getting the edge at the moment since Alan Cumming has been announced as presenter. I missed out on meeting him when I was in New York in August, incidentally seeing a production of Hamlet, so I feel the fates are aligning to give me a second chance. I’ll fly back to the Egyptian to see the only version of A Star is Born (1937) I’ve yet to see (except the new one coming out this year that I’m not happy about) and spend the evening at the closing night party. And Monday I’ll be hoping time is kind because I bought tickets to the Classics Made Here tour at the Warner Bros. Studios before my flight leaves.

I’ll have full reviews of the movies, daily recaps, as well as exclusive audio presented both here at Journeys in Classic Film as well as my podcast, Ticklish Business. And feel free to include your own schedules here. Hope you’re all excited to follow me on my journey yet again!

Leave a Reply to LindseyCancel Reply