Actresses were always pigeonholed during the classic era, but Kay Francis always seems especially confined to her particular brand of persona. Watching Comet Over Broadway immediately draws comparisons to another “beleaguered mother” role she starred in, 1935’s I Found Stella Parrish. In fact, the studio actually inserted scenes from that movie into this, probably to cut down on money more than reminding audiences of a similar role. Regardless, both movies are so similar as to be interchangeable. Comet Over Broadway’s distinction lies in its director, musical maven Busby Berkeley, and its unique friendship between women.

Comet Over Broadway is a film in the grand tradition of “sorrowful mother” roles, sandwiched alongside Barbara Stanwyck’s Stella Dallas (1937) and Bette Davis in The Old Maid (1939). (In fact, Davis was supposed to star in this movie!) Francis plays aspiring actress, wife and mother Eve Appleton. She has dreams, though we’re never sure how big those dreams are, that put her at odds with her mother-in-law who believes Eve’s weeknight play rehearsals make her a neglectful mother. Eve’s husband, Bill (John Litel) is generally supportive until a movie star named Wilton Banks (Ian Keith) comes to town and offers Eve ways to “improve her technique.” Of course this is code for a little light sexual harassment. Bill arrives, socks Wilton on the nose and through a Rube Goldberg-esque series of falls Wilton ends up dead.

Mark Hellinger and Robert Buckner were old hat screenwriters who have written some of the best classic films. Comet Over Broadway isn’t their best, but the soapiness makes the entire endeavor a lot of fun. Bill goes on trial for murder and ends up sentenced to life in prison. Poor Eve barely gets a chance to deal with this new turn of events before Bill’s lawyer says this isn’t his fault….it’s Eve’s! Like her Biblical namesake Eve is blamed for practically everything in this 80-minute feature and it’s hard to believe she deserves it, even in 1938. Kay Francis has a face made for suffering as the camera thrives on lingering while Francis gazes off into space, a delicate tear hanging on her eyelashes. Her Eve decides to make a go of it on the stage, taking along her toddler daughter Jackie. But, because men in this movie all suck for the most part, Eve is told to “park” Jackie with someone else.

This is where The Old Maid comparisons come into play as Eve employs the help of a fellow chorus girl, Tim (Minna Gombell) to raise Jackie. Before you know it Jackie is grown (played by child star Sybil Jason) and calling Tim “Mummy.” This is the aspect of Comet Over Broadway that’s more interesting than the typical “woman makes good” story Eve is in. Tim constantly reminds everyone how she’s nearing 40 which could have translated into Tim’s need for Jackie being a result of her barren womb, a stark reminder of what Eve is giving up to follow her dream. Instead, the script takes a sensitive route and gives Gombell a heartwrenching role in the process. Tim soon reveals that she had a child who died, and similar to Francis the camera stays on her face. We watch Gombell struggle to hold her composure, lacing her words with a tinge of regret at the child she couldn’t save. Then she immediately slaps a wide grin on her face and goes out to perform her role. Without a line of dialogue the audience learns how unforgiving the world is for women who are required to suppress their sadness and pretend for others’ enjoyment. Francis will slay you with the fashions, but Gombell will break your heart. And because this is a Francis film it wouldn’t work without seeing her swathed in elegant furs and gowns, though things aren’t nearly as extravagant here as they are in other Francis features. 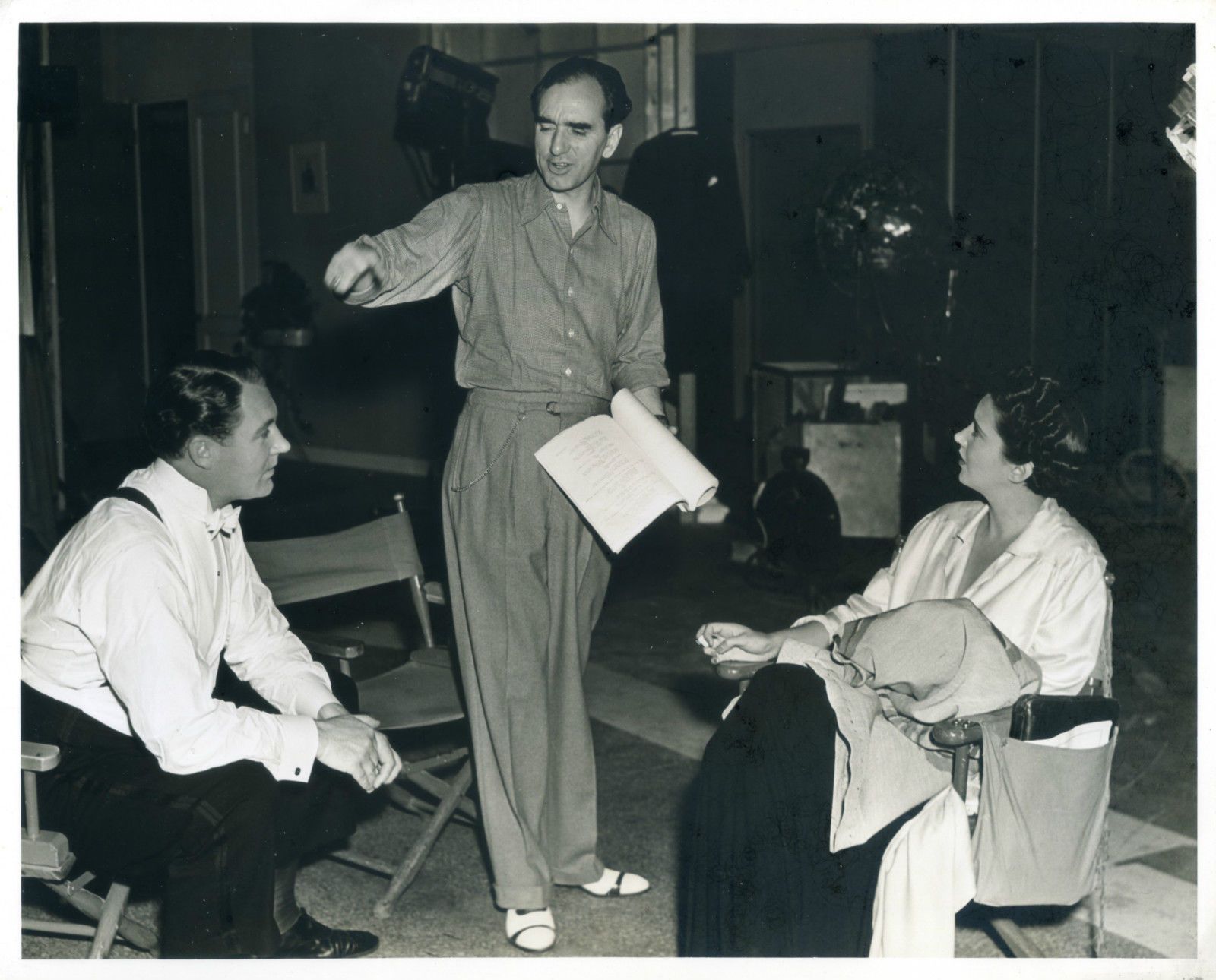 But because this is a romantic melodrama Francis has to fall in love, and this is where the feature becomes uninteresting. Ian Hunter, John Litel, and Donald Crisp are fine, but they lack the panache for a woman like Francis. They all vaguely resemble each other, and outside of Francis’ husband they do little more than move her character from A to B. What’s more enduring is the triangle between Tim, Eve, and little Jackie. Sybil Jason is a ham at this age and the film loves playing up that she’s Eve’s daughter, even if Jackie doesn’t know it. If anything you’ll be more upset that poor Tim gets the boot than any of the men Eve does or doesn’t end up with.

Comet Over Broadway is conceived to tug at heartstrings, but you won’t be enjoying this for Francis; it’s all about Minna Gombell’s excellent turn as Tim. The film is a standard programmer for Francis, so if you’ve enjoyed her previous films you’ll enjoy this. It’s not nearly as saucy as Francis’ pre-Codes like Trouble in Paradise (1932) or Mandalay (1934) but it gets the job done.