Throwback Thirsday is a new column spotlighting films starring actors and actresses I just can’t get out of my head.

This is the first post of many singing the praises of my classic film paramour, John Garfield so expect these articles to be Garfield focused for awhile. Four Daughters is a prime example of the sentimentality Old Hollywood could conjure up. The glamour factory wasn’t all about swashbuckling and swoon; it was about showcasing the happy fantasy of the nuclear family, and the old school charm of small-town America. Four Daughters is a movie about enjoying the simple things in life, rainclouds be damned. But what happens when that raincloud is lovingly played by the best looking man to ever grace movie screens?

The four daughters of the title are the musically inclined Lemp sisters (played by real-life sisters Priscilla, Rosemary and Lola Lane, as well as Gail Page). Each of the sisters has an individual dream as well as a relationship woe they’re hoping to overcome, but nothing can change the unconditional love they have for each other.

Watching Four Daughters is the cinematic equivalent of drinking a cup of hot cocoa. There’s something so heartwarming about seeing a house filled with love, especially the love between sisters. (I don’t have sisters of my own so I’ll assume.) We’re introduced to the Lemps doing what they do best: playing music. Sweet-natured Ann (Priscilla Lane) plays violin, Kay (Rosemary Lane) is a singer, and the other two play instruments including a harp. Their father is a great musician whose thoughts on music are very clearly defined, classical or bilge. Unlike other movies about musicians there’s no stress about the quartet making it big – maybe that has something to do more with their gender? Instead, director Michael Curtiz and screenwriters Julius J. Epstein and Lenore J. Coffee focus on their individual romantic dilemmas. One wants to marry for money, the other is in love with her sister’s fiancee (to the chagrin of her long-suffering beau).

What’s so enchanting about Four Daughters is how mundane everything feels and that’s okay. The ladies spend their days playing music, waiting for Adam to get home. Occasionally a gentleman caller will arrive, forcing the women to act like proper ladies who fill their days setting the table and looking like the picture of domesticity. This is the facade they perpetuate to look like the “right” type of women and the acknowledgement here is very pointed at the fantasy of that notion. The daughters aren’t perfect beings either, despite all looking incredibly flawless. Ann, for her part, can’t cook, forgetting to light the stove under the duck. What’s funny is how expected this is. Adam changes the grace from “this dinner we’re about to receive” to “these sandwiches.” There’s no doubt this has happened before. 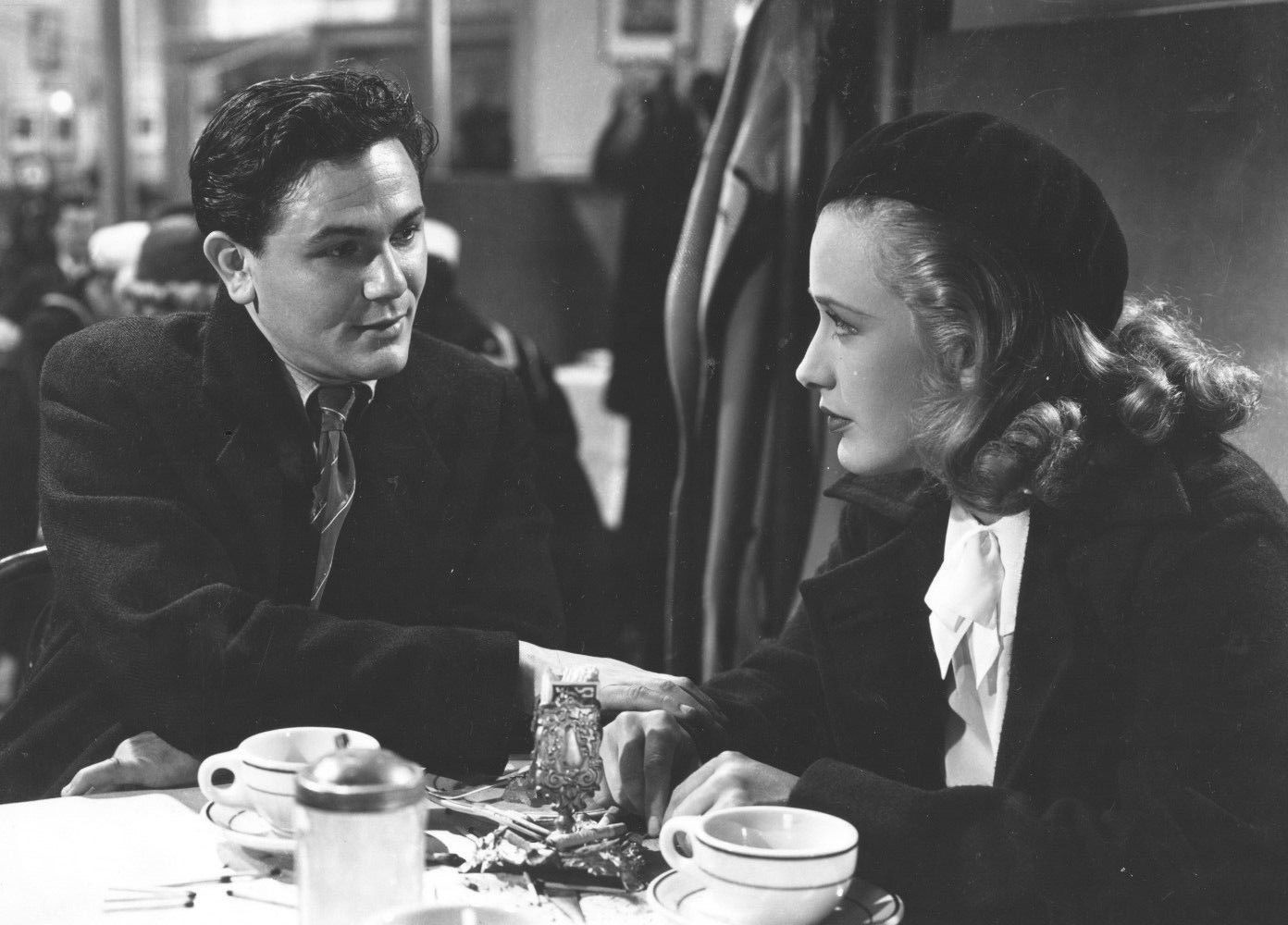 But despite how many characters there are in the feature, it’s evident which stars the narrative wants you to focus on. Rosemary and Lola Lane are dependable as the other sisters, and their camaraderie with Priscilla Lane comes through clearly. The same can be said for Gail Page as the lovesick Emma. More than Priscilla Lane, Page is the only other female of significant status in the feature. Her love for Jeffrey Lynn’s Felix Deitz threatens to create a love triangle in the film but it’s quickly solved with Page’s Emma coming to some type of realization that the two aren’t compatible. This was a star vehicle for Priscilla Lane and you can understand why. Her character has the clearest arc of the four women. Like Jo March in Little Women – which Four Daughters hopes to emulate – Ann doesn’t wish for her sisters to get married as it means being separated from them. When she meets Felix that mentality changes. Lane is beautiful and sweet, but there’s barely anything beyond the character, especially when she’s placed alongside the utterly basic Jeffrey Lynn. The movie truly comes alive when John Garfield’s cynical Mickey Borden steps into the Lemp household.

So far I’ve watched Garfield be bad and I’ve watched him be the surly, reluctant hero, but I’ve never seen him evoke tragic romanticism yet and I am all for it! Borden isn’t used to the trappings of domesticity, seeing the perfect Lemp household as hokey. For him, “the fates” haven’t been kind to him leaving him feeling like a jinx at best and cursed at worst. Garfield’s moments opposite Lane are utterly endearing because it’s evident these two kids know they’re doomed. Garfield gives off a sad smile at Lane during certain points in the movie. His character is so madly in love with her yet knows he’ll never be able to give her what she truly wants. Borden is a character who wants a brief glimmer of happiness and his moments with Ann are the rare moments he can relax. Though, I’m sorry, how Ann can still hold any torch for Felix after nabbing Mickey is beyond me. I mean, John Garfield’s got more charisma in a lock of hair than Lynn has in his whole bearing. Suffice it to say Garfield, like many of his characters I’ve seen so far, is just too damn cynical (and I’d say good-looking) to live.

Four Daughters isn’t the best drama I’ve seen, especially in the subgenre of sentimental family films, but it’s worth it for watching John Garfield in his debut. It’s remarkable to think he was just 25 and playing a character you can swoon over so completely. I’m tempted to buy this movie just to rewatch his scenes because they are fire. I’m in love!