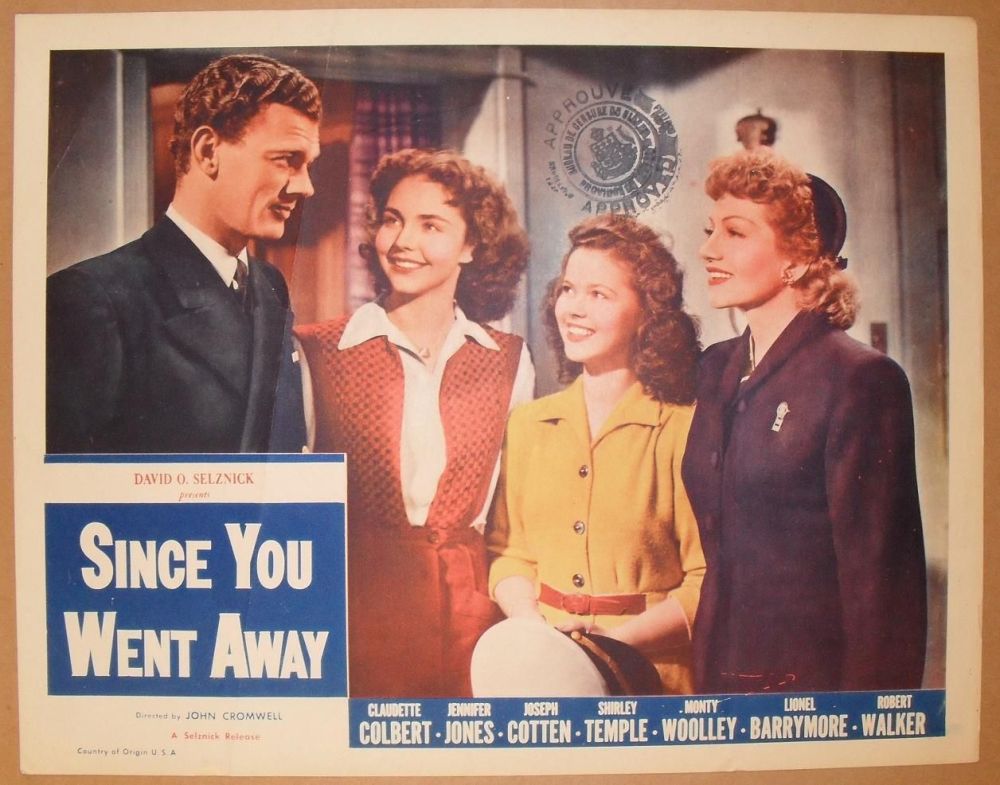 When it comes to war movies I tend to gravitate more towards stories about the homefront. American citizens were enmeshed in the drama of both world wars, but when it comes to WWII, outside of Pearl Harbor, there wasn’t any direct conflict compared to Europe. So a film like 1942’s Mrs. Miniver can more actively engage in the war effort as seen through the eyes of the average person than a U.S. representation, which is what makes Since You Went Away so unique. David O. Selznick wanted the film, an adaptation of Margaret Buell Wilder’s epistolary novel, to be an epic on scale with Gone With the Wind. While I can’t say he achieved that, Since You Went Away is a sensitive story that understands the abundance of war narratives and attempts to quiet down the noise by talking where others were remaining silent.

Anne Hilton (Claudette Colbert) and her two daughters are left to deal with a new life in the wake of the family patriarch going to war. Anne tries to find a new purpose in life while her eldest daughter, Jane (Claudette Colbert) falls for a young soldier (Robert Walker).

It’s hard to divorce the movie from the producer (and screenwriter) behind it. Selznick went to great lengths to make this his movie, right down to directing portions of it. It was a showcase for actress Jennifer Jones, who was in a well-known affair with the executive at the time. Jones gets a lot of flack, I feel, unnecessarily. The power differential in their relationship aside, it was an acrimonious relationship with a lot of tragedy involved. Jones had been married to actor Robert Walker since 1939 and was forced to divorce him, allegedly against her will, and many blame her for Walker’s mental issues later in life. (Keep in mind, Jones herself also had mental illness.) It leads to a movie that feels like a dark pall is over it, and that pall is named Selznick.

Ironically, Walker and Jones are wonderful together. It’s said Selznick forced the two to film their love scenes numerous times to irritate Walker, but it shows they still love each other. Walker’s character, Bill Smollett, is a goodhearted man who doesn’t want to fight, making him a disgrace to his grandfather (played by Monty Woolley). When Jones and Walker spend time together, there’s a familiarity and sweetness that’s remarkably chaste, but also darling. When Jane runs alongside the train to say goodbye to Walker, it’s difficult not to see it as a goodbye for them off-screen, particularly in the wake of what happens to Bill at the end. It’s a different role from the one Walker is most commonly identified with, the murderous man in Strangers on a Train (1956). Here, he’s empathetic with a take on masculinity that you wouldn’t expect to see in 1944. Where most war movies situated men as men, with fighting being the ultimate proof a man’s strength, Bill isn’t less of a man for not fighting; it is his grandfather, a man left sad and alone, who’s created this depiction of manhood Bill can’t live up to.

You don’t expect to see a movie take the time to look at something like masculinity, but what distinguishes Since You Went Away from other war movies is this subtle awareness that other movies exist. By 1944 the war had been going on for years, and so much had already been said that Selznick didn’t want to repeat himself. So instead of giving audiences’ a 3-hour rallying cry, he takes the time to break down this normalized way of life people are living. The camera takes the time to acknowledge the soldiers of color – we see an African-American man in uniform with his family (his wife is actually played by Dorothy Dandridge), saying goodbye. It’s a small moment that doesn’t do much in the grand scheme of things, but it honors the non-white men who were fighting. It also, weirdly enough, looks at something we’d probably see as “white privilege” with the characters of Anne and Emily (Agnes Moorehead). 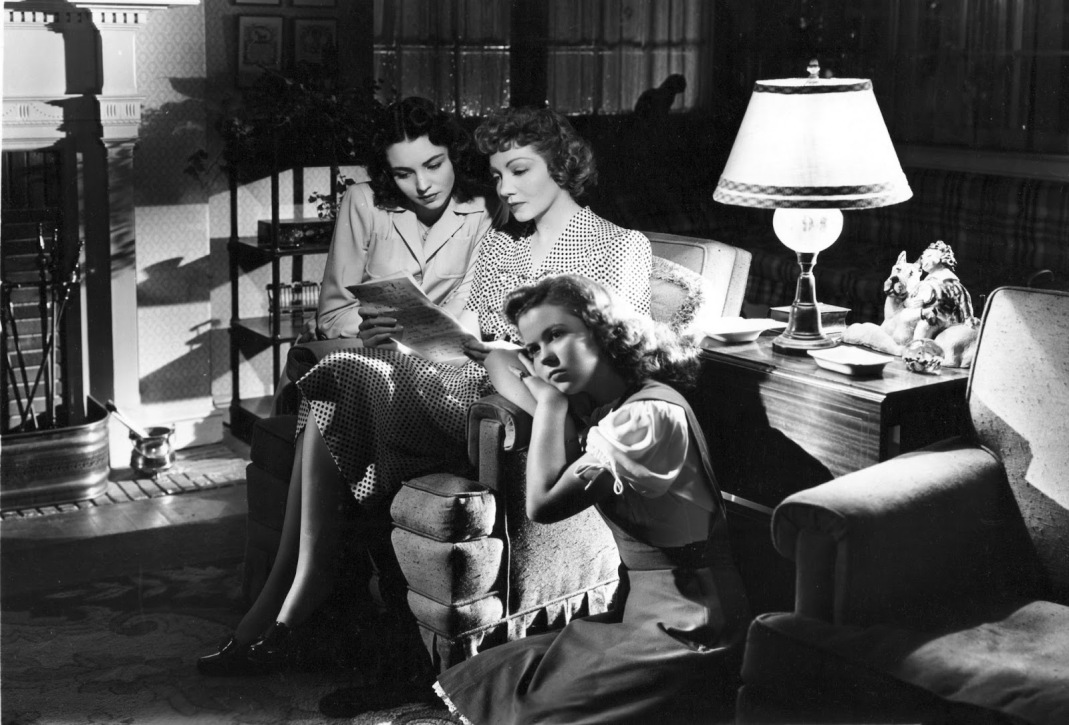 Moorehead is deliciously smarmy as Emily, the wealthy woman who engages in all manner of less-than-patriotic behavior, including hoarding food. When Jane finally stands up to Emily, who believes the girl shouldn’t be dirtying herself up taking care of the men, it is Anne who bears the brunt. Emily asks Anne what she’s “sacrificed,” forcing Anne to acknowledge she really hasn’t. Her speech is heartfelt and is aware that many upper/middle class people weren’t as horribly affected by the war compared to others. Anne decides she needs to put her money where her mouth is and takes a job. Again, these moments are grandiose, but they create a world that seems more familiar than the fantasy of movies war films of the period. This isn’t to say fantasy isn’t indulged, in fact, Jennifer Jones’ Jane and Shirley Temple’s Brig are the ones attempting to keep romanticism alive, the former with her love for “uncle” Tony (Joseph Cotten) and the other’s general precociousness.

This was Shirley Temple’s big return to film after her child stardom ended and….yeah, I’m not big on Temple’s teenage career. She just acts like Shirley Temple, but bigger. The rest of the cast is quiet and vulnerable, but Temple is too broad. It’s easy to see why she’s paired up with the curmudgeonly Woolley. Though the humor between Woolley and the family dog, Soda, is more endearing than anything Temple conjures up.

Since You Went Away is a beautiful film in all areas. I didn’t even mention the lovely cinematography that gives off a noirish tinge, interplaying light and shadow. There’s a beautiful moment where the three Hilton women are walking and are backlit for a highly evocative image.