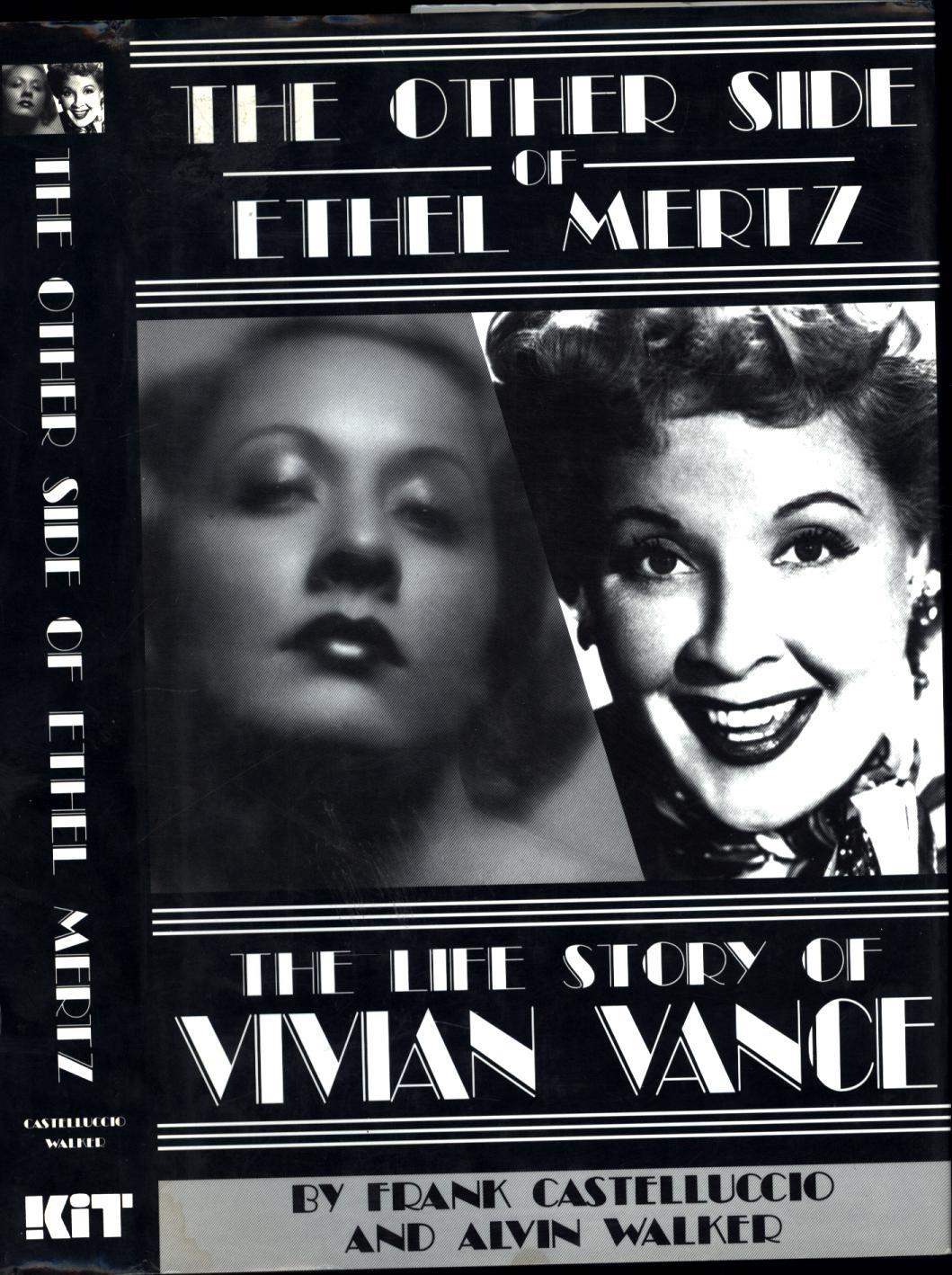 It’s amazing to go to your local library and discover a biography you never knew existed; so it was that I pulled out Frank Castellucio and Alvin Walker’s The Other Side of Ethel Mertz. As a die-hard I Love Lucy fan I’ve read many a book about Lucille Ball and just assumed no one ever got to the rest of the cast. As their forward points out, both Castellucio and Walker were enamored with Vivian Vance as the dowdy Ethel Mertz, only to discover no one had written about the world’s most well-known second banana. Though frustrating in some of its gaps – the boundaries of their research is evident – The Other Side of Ethel Mertz is required reading for fans of I Love Lucy, as well as those who have always been pulled in by Vivian Vance. She was far more than Ethel Mertz and in her success came some of her biggest regrets.

Vivian Vance wanted to be a serious actress on the stage, and while she did her fair share of strong performances trodding the boards, she couldn’t escape being Ethel Mertz. Castellucio and Walker’s throughline in their biography is to showcase the reasons why Vance was so perfect for the role, and how it ended up hobbling her professional aspirations forever. Vance grew up with a supremely religious mother who reminded her everyday she was going to Hell, much of this explains Vance’s own sometimes hardened exterior to others – it’s said when William Frawley, Vance’s co-star on I Love Lucy, died, Vance ordered champagne for everyone. The little girl never could please her mother, and though her eventual success did get her mother’s attention, Vance always believed her mother never approved.

There’s a sadness that mars every page of the book. Vance couldn’t please her mother, so it’s understandable that she’d end up working alongside a woman who, for her own professional safety, was never pleased with her. The authors actually introduce the I Love Lucy portions of the book over halfway in, so a majority of the work’s 319 pages is about Vance’s upbringing in the Midwest, her move to New York (and failure on Broadway), and her three marriages. Vance could be kind and sweet, especially to her younger sister, but there’s no denying a life on Broadway toughened her to the machinations of Hollywood; in fact, much of why Frawley and her butted heads was Vance’s seriousness.

When it is time to look at I Love Lucy, Castellucio and Walker make sure to look at all the rumors that have surrounded the relationship between Vance and Ball. For starters, they claim the stipulations about Vance needing to look older than Ball were part of a fake contract written in fun; they don’t deny, though, that Ball required Vance to look less glamorous than her. But Ball knew she was nothing without Vance, and the red-headed actress worked hard to keep Vance happy and on her future outings. This isn’t to say Vance was perfect. She turned down a significant boost in pay to reteam with Ball because she wanted to be the actress’ equal. But when Vance decided to walk away from television, Ball had to go home as well; she knew no one wanted to see Lucy without Ethel Mertz.

The author’s sensitivity and admiration about their subject is evident, particularly towards the end of Vance’s life. It’s hard not to tear up at hearing about Ball’s reunion with the actress at the end, and how Vance’s crippling bone cancer took so much of her vitality away. Vance’s life was filled with sadness even before her cancer diagnosis; she was one of the first actress’ to speak out about depression, being a life-long sufferer of it. She lived a life fraught with ups and downs, and part of that could explain why the audiences gravitated towards Ethel Mertz: we all understood she’d been through the wringer and Lucy was just another hurdle.

The Other Side of Ethel Mertz: The Life Story of Vivian Vance isn’t a flawless book – there are allusions to things that are never fleshed out – but it’s a beautiful tale about a woman who audiences love, but don’t know enough about.

One thought on “The Other Side of Ethel Mertz: The Life Story of Vivian Vance” Leave a comment ›

Journeys in Classic Film The Other Side of Ethel Mertz: The Life Story of Vivian Vance
%d bloggers like this: