The tragedy and sadness of Montgomery Clift’s life is well-documented. As a montage in Robert Anderson Clift and Hillary Demmon’s documentary, Making Montgomery Clift, shows, the actor with the impossibly chiseled face was referred to as a “beautiful loser,” “tortured,” and suffering “the longest suicide in Hollywood history.” But Clift and Demmon, who never met the actor before his passing in 1966, set out to tell a story wholly divorced from those assertions. Indeed, Making Montgomery Clift isn’t the story of the rise and fall of a man fractured by his homosexuality, as has been repeated through the decades. Instead, their documentary seeks to look at how personas are shaped after death, and how the need to promote homosexuality as something to fear fueled much of what we know about Clift, leading to a documentary more intrigued at looking at the lives left behind, then the one lived.

Akin to the true crime documentaries of Joshua Zeman and Barbara Brancaccio, Making Montgomery Clift sees the subject intertwine with the documentarian. Robert Anderson Clift is the nephew to the famed actor, and Making Montgomery Clift is as much about growing up in the shadow of a man only known through movies and hearsay as it is about Montgomery Clift himself. Anderson Clift lays out a world where his family didn’t talk much about the intricacies of their famous relative. As it’s later detailed, Anderson Clift’s father, Clift’s brother Brooks Clift, became a pariah in the family after a popular biography on the actor, written by Patricia Bosworth was published, crediting Brooks with being an invaluable resource.

Unlike the controversial Scotty and the Secret History of Hollywood documentary released earlier this year, Anderson Clift isn’t about rehashing what’s known about Clift. This isn’t a typical documentary laying out Clift’s life, examining his films, and discussing his peccadillos with Hollywood’s hottest men. For Anderson Clift, the creation of Montgomery Clift isn’t about the man who fostered his own persona, but the man responsible for carrying that flame after Clift died. Brooks Clift is a figure as fascinating as his famous brother. Burdened by the responsibility of trying to tell others about who his brother was, Brooks Clift was desperate to tell people what they should remember his brother for; not the tormented, broken man presumably ashamed of his sexuality, but the consummate professional so ahead of his time he wrote his own lines.

Anderson Clift focuses on the media and the creation of a star’s persona. Using his father’s copious research, as well as audio recordings, the director lays out the struggles to tell a story about a man many people idealized through the lens of cinema. After Clift’s death, Anderson Clift lays out the dueling biographies that popped up in its wake – one by Robert LaGuardia that was deemed a hatchet job by the family, and the other by Bosworth. Bosworth, who herself is interviewed and tells a delightful story about meeting Clift as a girl, was perceived by the family as writing something authentic. Unfortunately, Brooks Clift ended up bearing the brunt of the family ire when Bosworth chose to focus on the more appealing parts of the story, namely alluding to allegations of pederasty between Clift and young boys. 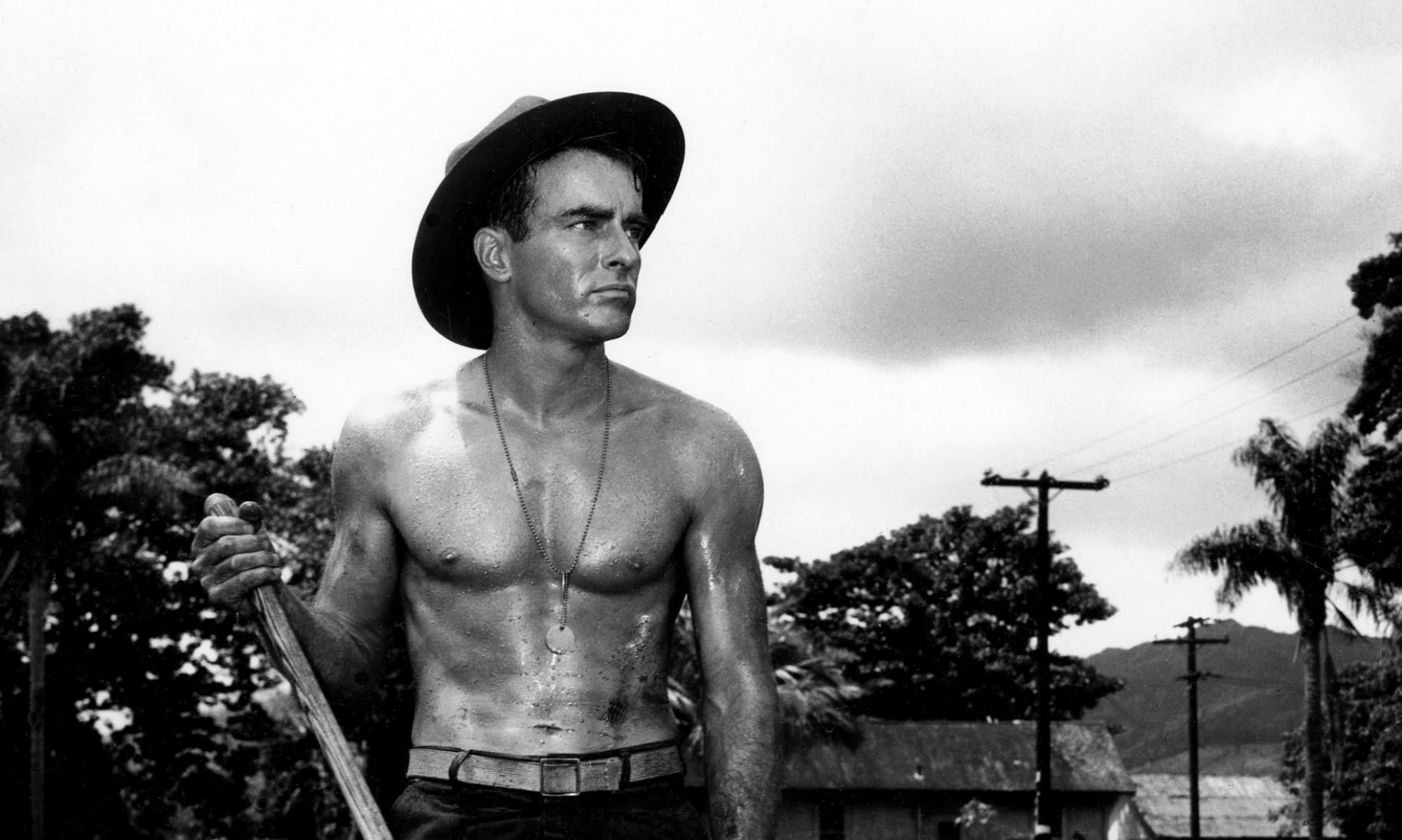 This particular element is fascinating, particularly in light of the #MeToo movement. Anderson Clift deconstructs a string of half-truths and changes Bosworth made, many of which are read by the author to the audience. It’s unclear why Anderson Clift never asks Bosworth directly about the changes, though considering that the author is described as being family to him, it’s understandable why he doesn’t put her on the spot. If anything it shows how even good people are at the mercy of wanting to sell books and at least promote one truth, even if it’s surrounded by 4 or 5 omissions. And for all the discussion about homophobia there’s an additional air of racism alluded to, particularly in how Bosworth describes Clift’s “black male servant,” another figure whom Anderson Clift reveres as family. The documentary showcases how the implicit bias’ of an author, regardless of intentions, can taint and alter history.

It might seem as if Clift himself gets lost in the documentary. While he isn’t the sole focus of Making Montgomery Clift, the actor is front and center in all things. Clift’s mother and brother are recorded discussing him as a person, as well as friends like Judy Balaban and Jack Larson. All of them discuss Clift not as a tortured artist but a funny, lighthearted guy. Gone is the persona of being a self-loathing homosexual and in its place is a man who was ebullient, who had a million friends, and genuinely wanted to do good work. Script pages are presented during several of Clift’s films, documenting how he often altered lines to give them more impact, which worked to great effect in 1961’s Judgement at Nuremberg. All of this presents a new side to the man, removed from traditional narratives that are meant to remind audiences that homosexuality is something to be ashamed of when it’s not. Clift was ahead of his time, both as a performer and as a gay man living in the ’50s.

Making Montgomery Clift is a whirlwind of new and uniquely presented information. Directors Anderson Clift and Demmon do a brilliant job of presenting the information they have into a narrative that lifts the veil on media creation and how death allows for rumors and myth to live on. In a world where classic film stars (and their flaws) are being reconsumed by fans daily, Making Montgomery Clift asks us to question everything.