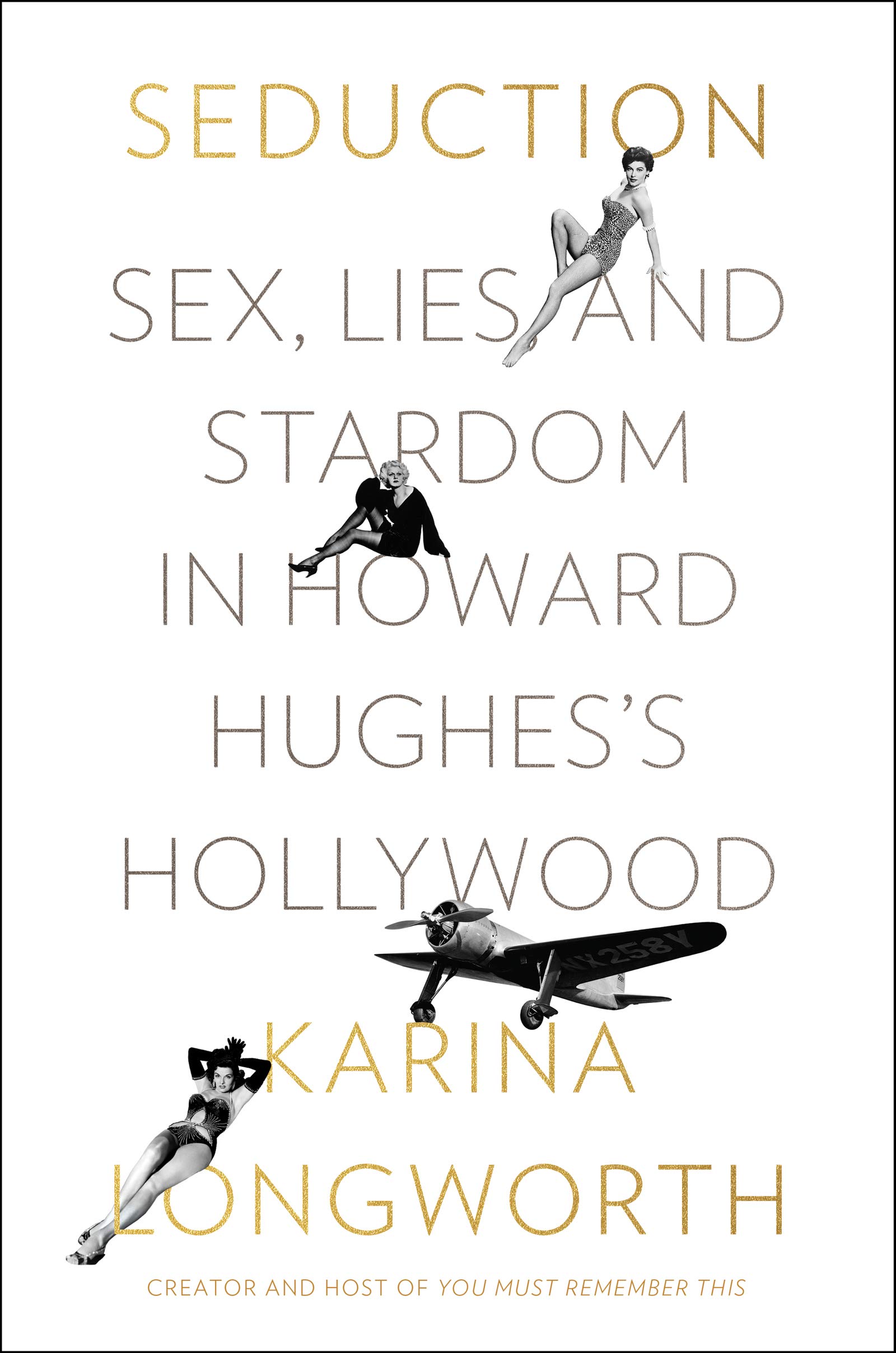 Howard Hughes is one of the most enigmatic and, to this day, mysterious figures in Hollywood history. Much of his life remains mired in mystery and rumor, stories told in hearsay. Biographies do their best, but audiences remain drawn to Hughes because so little about his life can be definitively stated as fact. Karina Longworth, host of the popular podcast You Must Remember This, attempts to get at the heart of the man known as Howard Hughes by examining the women he tried to thrust into stardom. Seduction is a juicy tale of Hollywood mythmaking as well as a quasi-indictment about male dominance in Hollywood that shows little has changed since Hughes’ day.

Fans of Longworth’s heavily researched podcast can expect the same level of detail within Seduction. Howard Hughes is the onion whose layers are slowly peeled away to reveal the numerous women who influenced his life, and he theirs. Longworth doesn’t just write a biography on Hughes, a rich history of Hollywood during his lifetime. Hughes is introduced as a vindictive wunderkind who openly defied his own family because he felt he deserved to. With no actual moviemaking experience he turned his passion into a reality, for good and ill. Hughes comes off as a petulant child with disposable income at some points and a brilliant aviator and inventor at others. His eventual acquisition of RKO allowed him to create incredible works of art that changed the face of cinema (Hell’s Angels) and tested the mettle of the censors desperate to infuse some respectability to movies (The Outlaw).

But Longworth asserts Hughes’ greatest claim to fame was in the actresses he found. Each of the numerous women detailed in the book are treated with respect and admiration. Jane Russell was Hughes’ first serious star he brought under contract, and though she was marketed as having a fine pair of….assets, she actually saved RKO from the brink of destruction. Longworth looks at Russell’s tough upbringing to show us she was no wilting flower. In fact, Russell was the only woman Hughes couldn’t bully (and put the innovator on a quest to find a woman who embodied Russell, if only in physical terms).

It’s difficult to read Hughes’ own words and not find him repugnant when it comes to women. He openly sold Jane Russell purely on her breasts and openly controlled the women he kept on retainer as “actresses.” Let’s not mince words, Hughes created a harem and saw himself as the sheikh these women were supposed to deify. What Longworth does is illustrate that things might not be changing as rapidly as we like to think. Hughes’ actions were an open secret, yet no one sought to help the women who were brought under his wing looking to work and found themselves becoming little more than professional girlfriends.

Hughes is the least interesting figure within Seduction, possibly because readers will already come in with a heavy knowledge about the man. His eccentricities are laid bare – with the allusion that multiple head injuries only furthered his deterioration – but in contrast to the women who interacted with him, he’s bland. Longworth gives the women in his world a voice and it’s far more compelling. Russell, Katharine Hepburn, and Jean Harlow’s lives are recounted in detail, but what’s more fascinating are the women we know little about or know through stereotypes. Faith Domergue was portrayed as a lovesick girl obsessed with Hughes in Martin Scorsese’s The Aviator (2004), but as Longworth lays out, Domergue was a teenager taken advantage of and stuck in an emotionally manipulative relationship with an older man. Other actresses, like Terry Moore and Jean Peters spent decades of their lives in on-again, off-again relationships with a man constantly believing he needed more from them and other women. Hughes becomes the ultimate vampire, consuming women with little regard to their feelings.

Karina Longworth expertly transitions from podcast host to author with Seduction. It’s colorful worldbuilding gives off an “as if you were there” vibe that a master like Scorsese could only hint at. Longworth lays out Hughes’ character, but posits him as a springboard for a host of women who tried their damndest to break out of the mold he set for them, just as Hollywood was creating enduring female characters who have lasted for generations. Pick up a copy of Seduction today and you’ll find a page-turner to last a lifetime.