When I attend the TCM Classic Film Festival I always think logistically. If you read my accessibility guide you know the venues all have their individual pros and cons, and with distance being a factor I’m always planning how easy (or difficult) it will be to get from A to B. Friday was all about the ease of getting to one thing and one thing only: 1959’s Sleeping Beauty. So because of that I got very familiar with the Egyptian theater, spending practically the entire day there. (You know you’ve been there too long when the employees are saying “you’re here AGAIN?”)

I may have a distaste for Fredric March but I’d planned on going to see him in the pre-Code drama, Merrily We Go to Hell (1932). But in discussing it with my travel buddy we figured it’d be easier to just go to the Egyptian early, since we knew the two movies we wanted to see in the afternoon were there anyway. So, I swear this wasn’t premeditated, we ended up seeing my beloved John Garfield in The Postman Always Rings Twice (1946). Now, if you’ll recall, last year’s festival kick started my obsession with Garfield after I watched The Sea Wolf (1941). I’ve seen Postman several times. I did a podcast episode on it where i said it wasn’t my favorite movie. I had zero plans to watch it again. Seeing it on a big screen though was wonderful. Czar of noir, Eddie Muller, introduced it and emphasized how sexy it is (a true statement). I was so happy to enjoy my deceased love on a big screen, without congestion and a sour throat!

After that it was time for Sleeping Beauty. This was an event considering Disney is incredibly stingy when it comes to loaning out their films. There hasn’t been a Disney animated film screened at TCMFF since Bambi (1942) three years ago. Floyd Norman and Jane Baer were in attendance, alongside Mindy Johnson who wrote the definitive book on the Ink & Paint “girls” at the Disney Studios, appropriately called Ink & Paint. Norman and Baer talked about the animation style and got down to affectionately arguing over whether Aurora’s dress should be pink or blue. Much like Gentlemen Prefer Blondes this print was utterly spellbinding! Enlarged on a big screen, coupled with Disney’s restoration of it, showed off the depth of field the animators were working with in 1959. You can truly see the layers of the multiplane camera at work, with both the background and foreground being beautifully rendered. It was also great to watch this with an audience. The film isn’t known for its humor, but hearing everyone laugh at the jokes from Flora, Fauna, and Merriweather gave it an added layer of entertainment.

We still haven’t left the Egyptian yet because after that it was time for another comedy, 1940’s My Favorite Wife. This has to be in my top five of Cary Grant features! Mario Cantone introduced the film, showing as much passion for the feature as for the guest he was interviewing, Cary Grant’s daughter Jennifer. Jennifer Grant is flawless, looking more like mother Dyan Cannon than Grant. Grant talked about how her father retired after her birth to raise her, and how he kept every scrap of paper she ever drew on. She was also rocking a reproduction of the frames her father wore in North By Northwest (1959), which you can now purchase. I’ve watched My Favorite Wife several times – a recurring theme this year – and still love it as much as ever. Watching Cary freak out over Randolph Scott’s acrobatics will never not leave me in stitches. 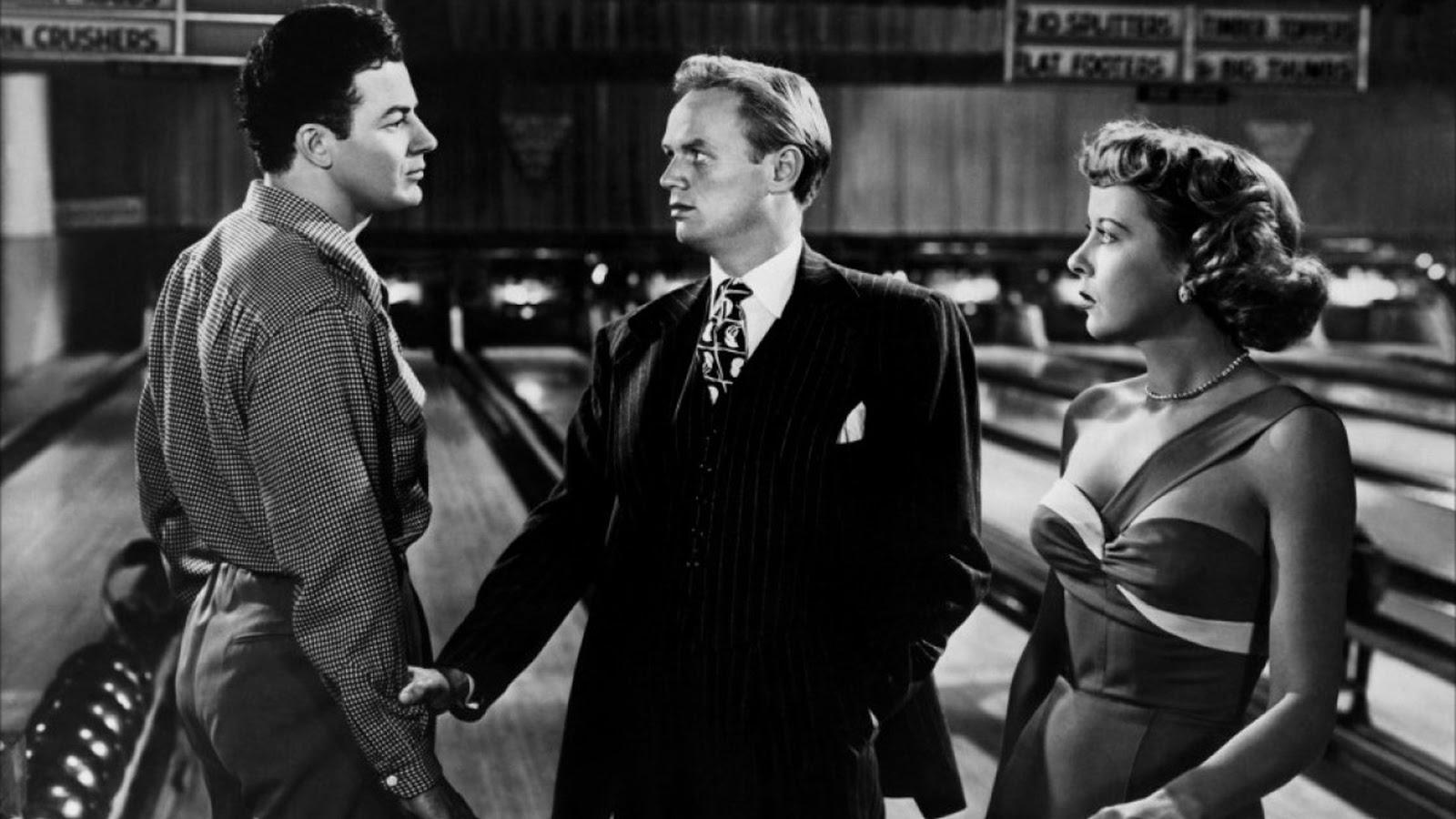 I finally left the Egyptian to head over to the Chinese Multiplex for a movie I’d never seen before (shocking!). Open Secret (1948) was described by Eddie Muller as the apotheosis of B-movies and it’s true. I’m planning a full review but suffice it to say this is a bitterly dark feature made on the cheap, with stars John Ireland and Jane Randolph doing some heavy lifting. It’s a feature that’s far too prescient for our times, but I was so glad I got to see it. But as quickly as I saw it it was time to head back to, you guessed it, the Egyptian. When you’re given the opportunity to see Ida Lupino on the big screen, you take it. So it was with Road House (1948). I discovered once the movie started that I’d actually seen Road House on DVD, but that about 40 minutes before it ended the disc wouldn’t work. This is another I’m doing a full review on, but it’s Ida at her best, pummeling a solid supporting cast to show why she was such an underrated talent.