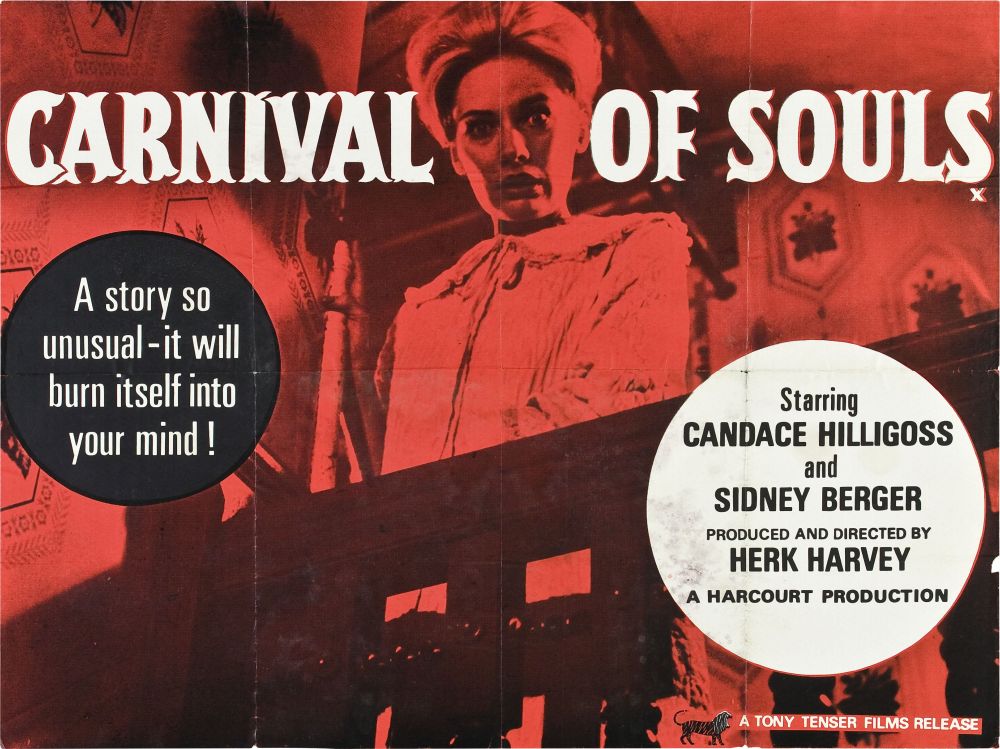 Carnival of Souls is the touchstone from which directors like George Romero made their best works.  I cite Romero especially because watching Carnival of Souls will easily make you think of Night of the Living Dead as both have a similar aesthetic in their black and white composition and the depiction of the dead (the zombies in Night borrow heavily from the ghouls of this film).  With that director Herk Harvey, in his only directorial feature, create a film where unease bleeds out of every frame creating some disturbing moments.  I’d go so far as to compare this to Eraserhead in certain aspect, particularly the bizarre make-up effects of the undead and the way the scares come about.  Carnival of Souls is a film that will make you uneasy, long after you’ve finished it.

Mary Henry (Candace Hilligoss) is the only survivor of a car accident.  She escapes to a small Utah town where she’s set up with a job.  As she tries to rebuild herself she notices a bizarre man (Herk Harvey) who is following her.  The Man’s motives aren’t known but Mary’s sanity becomes increasingly threatened.

I mentioned Carnival of Souls is similar to Night of the Living Dead.  It’s cited on IMDb that George Romero was inspired by this film, and while I’m not sure of the extent, it’s obvious.  Both films feature a sweet blonde at the mercy of the undead and both have use the same make-up effects for the dead (white face with dark eye make-up).  In analyzing the horror of both films I gave the edge towards this film.  I’m unsettled by dead eyed stares and faces and boy do these characters look ghoulish.  Director Herk Harvey plays The Man that follows Mary throughout the film and boy is he disturbing to look at (no offense to Mr. Harvey).  We first see him in Mary’s passenger window and I have to believe David Lynch drew inspiration for this film because in that first scene I got a similar look as Lynch’s main character Henry in Eraserhead.  After that The Man takes on a disturbing, dead look.  The Man is the secondary main character next to Mary and he never looks less than unsettling.  In one scene Mary takes refuge in a church and while there’s beautiful religious iconography it’s all marred by the appearance of this ghostly apparition.  The usage of organ music throughout the film enhances the unease alongside The Man because you constantly feel like you’re in a funeral.

The film had an estimated budget of $30,000 dollars and it does show, especially in the opening footage.  You don’t know what to expect when this film starts and it does begin like a crappy B-movie with the worst drag race ever.  I say that with sarcasm considering the race ends with Mary and her friends driving off the side of a bridge.  Of course Mary survives and that should tell you how the film ends (you can see where countless movies have drawn their inspiration).  The opening scene with the policemen dragging the lake for the car appears to be re-dubbed or at least poorly dubbed as the boys from the other car and policemen talk too fast for the recorded dialogue.  You also have scenes in the beginning where a character will leave the frame only to have their dialogue play.  I’m assuming these opening scenes were redone as it’s not repeated in the film afterwards but it does add to that low-budget quality.

After an abrupt jump cut involving Mary putting her keys in the ignition we’re thrown into Mary playing the organ.  Candace Hilligoss is a pretty girl similar in look to Judith O’Dea from Night of the Living Dead.  Hilligoss gauges her reactions to events appropriately and doesn’t come off as a terrible actor like you see in standard horror films.  You witness the deterioration of her mind but also come to understand she’s a woman with staunch morals in a world where that’s not respected.  Although when we first meet her she does come off a tad curt, particularly when she tells her former boss “thank you but I’m never coming back” to her former hometown.  After that though you watch people, particularly men, treat her harshly.

I really hated the character of John Linden (Sidney Berger), Mary’s neighbor.  He’s pervy for starters, opening her door and trying to charge in as she’s showering.  She goes to change and he starts eyeing her through the door.  Linden wants to go out with her, finding her to be classy, but becomes frustrated when she doesn’t respond like “normal” women.  He takes her to dinner and becomes visibly angry when she refuses to drink.  Not everyone drinks guy, that’s no reason to get bent out of shape.  There’s a lot he doesn’t seem to like about Mary and yet he pursues her anyway.  I really wanted this guy to end up meeting The Man and dying horribly.

I did mention the ending is fairly predictable especially if you’ve seen a prominent film with Bruce Willis that I won’t mention.  Characters conveniently show up to help Mary such as the psychiatrist who she literally throws herself into the arms of.  Said psychiatrist  who later on says he isn’t one, declares Mary to be hysterical after speaking to her for thirty seconds.  When Mary starts to investigate the carnival itself you’ll notice the girl in the taffy ad behind her looks similar.  The fast dancing of the ghouls in the carnival is another unsettling moment.  By the end you should know what Mary means when she says she’s not meant for this world.  It’s a literal clue to the ending but just in her interactions with others you can tell she’s too reserved and prim for the soon-to-be hedonistic 1960s.

Carnival of Souls is a key film for horror buffs as it’s inspired countless directors.  There are some unsettling moments and the acting is okay but the story is predictable, especially if you’ve seen said films directed by those who idolize this movie.  The Man is creepy and the sense of unease is well-done. The recent Rifftrax screening is a great way to get involved in watching this. Mike Nelson, Bill Corbett and Kevin Murphy break down Candace Hilligoss’ acting, and hilariously poke fun at the various denizens of Utah residents she’s surrounded by. If you missed it you have one more chance on Halloween night. Details can be found at Fathom Events. 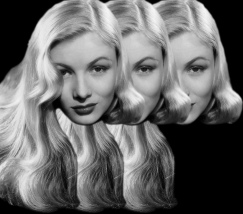