It wouldn’t be the Halloween season without discussing one of the many horror anthologies that exist. Recently released by Kino Lorber on a glittering Blu-Ray, Dead of Night has inspired … Continue Reading Dead of Night (1945)

Entertainment writer Liz Shannon Miller joins Kristen to talk about Audrey Hepburn, blindness in cinema, and whether Wait Until Dark is a horror movie.  If you want to know what classic film … Continue Reading Ticklish Business Episode #75: Wait Until Dark (1967) 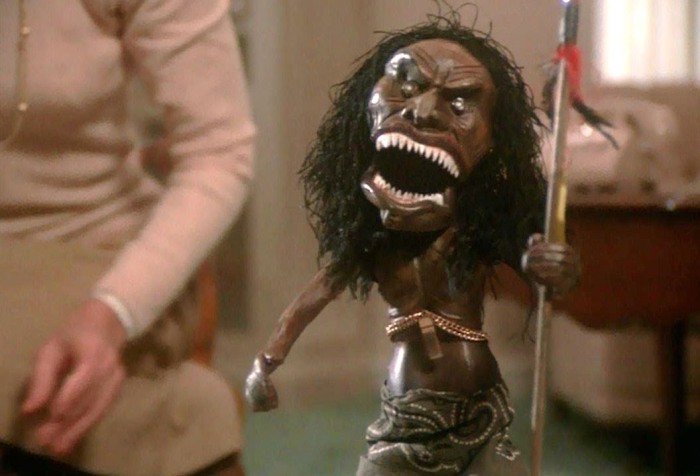 On first blush, George Cukor’s Gaslight isn’t a horror film. But it is if you’re a woman. The term commonly pops up today but most don’t know the movie it’s … Continue Reading Gaslight (1944)

The Exorcist has received its fair share of reviews since originally traumatizing audiences in 1973.  It’s one of the first films – that I can recall – that implemented barf … Continue Reading The Exorcist (1973)

How appropriate that our 31st episode comes out on Halloween night. In the last of four special Halloween episodes I talk to writer Kimberly Pierce about William Castle’s House on Haunted Hill (1959).

Halloween has come and gone and we’re back on our weekend schedule; starting with a return to the Disney Vault!  We last left Disney at Bambi (although I did post … Continue Reading Saludos Amigos (1942)

It was beyond ambitious of me to review 31 films in 31 days but I persevered and only dropped two films from the rotation, and this review was only two days behind … Continue Reading Trick ‘r Treat (2007)

So far this feature has focused on books devoted to classic film but I just couldn’t pass up an opportunity to read and review Twitch Upon a Star: The Bewitched … Continue Reading Old Hollywood Book Reviews: Twitch Upon a Star

Oh exploitation films, how you pain me sometimes.  It’s Alive is a total product of the 1970s focused on abortion and the increasing fear of harsh chemicals and their tendency … Continue Reading It’s Alive (1974)

Today’s film is the first of two films that were recommended to me during my call for horror film submissions.  Thanks to Nick Jobe, blogger at the fantastically named Random … Continue Reading Behind the Mask: The Rise of Leslie Vernon (2006)